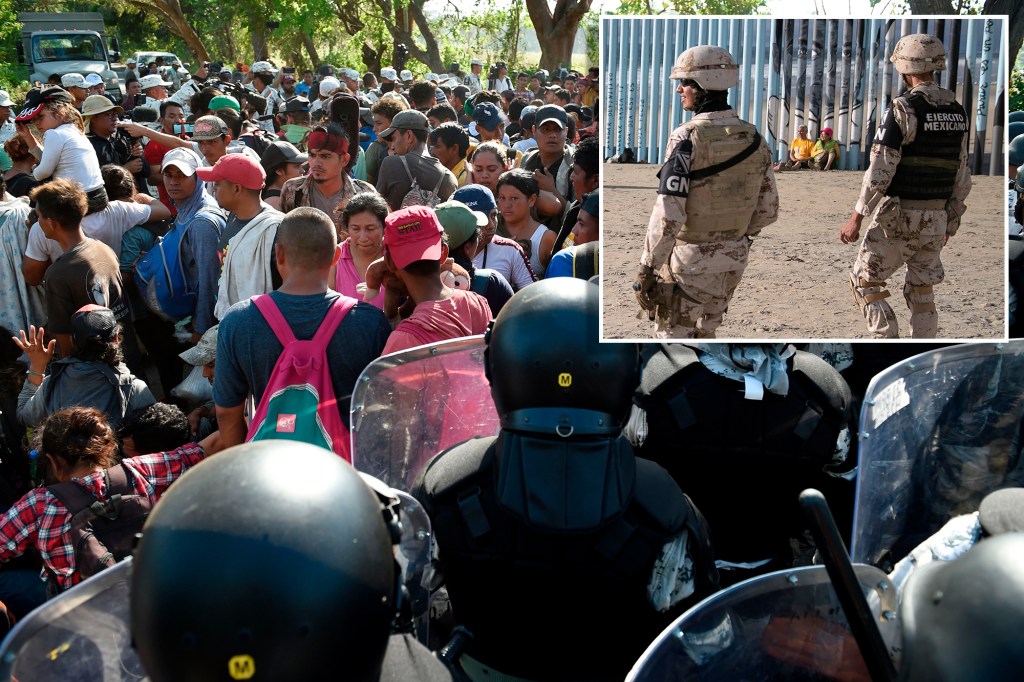 400-strong migrant caravan from Mexico headed for US border

A 400-strong caravan of immigrants is making its way through Mexico toward the US, even as Mexican National Guard troops continue trying to thwart border-bound migrants.

The massive group, which left from the southern city of Tapachula on Saturday, began its northward trek after Mexican forces broke up at least two other caravans in the past week.

The new caravan is made up largely of Central Americans and Haitians who told authorities they are fleeing poverty and violence in their home countries — and seeking refuge in the US.

“I’ve handed in paperwork but nothing ever gets fixed,” one 31-year-old Honduran migrant, Sharon, told Reuters. “Just appointments and more appointments.”

Mexican President Andres Manuel Lopez Obrador has sent troops to stop the marches since the start of the year, with a growing number of immigrants heading north to flee to the US.

On Thursday, a group of at least 50 migrants was detained in Escuintla by military forces — although as many as 300 evaded capture, Mexican News Daily reported.

Last week, Mexican troops halted a larger caravan of up to 600 that left from Tapachula, with the soldiers facing criticism after footage of the incident shows army and immigration authorities using excessive force in doing so.

One Mexican correspondent said she was also manhandled by authorities.

“He elbowed me,” Maria de Jesus Peters, a correspondent for the Spanish-language El Universal newspaper told Mexican News Daily of the incident Saturday.

“I was moving up and down to try to take photos and they started to say I was attacking them,” Peters said. “I was taking a photo when he slapped me.”

Lopez Obrador has been under pressure from the US to halt the migrant marches, as America continues to grapple with a growing crisis at the border.