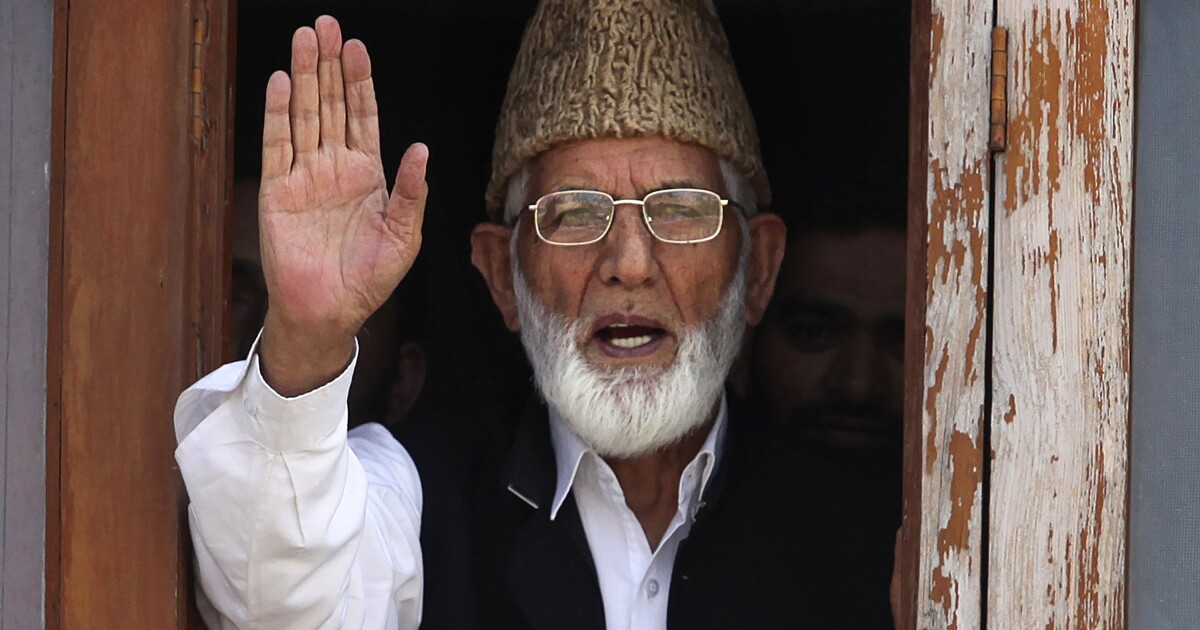 Geelani, who died Wednesday at age 91, was the emblem of Kashmir’s defiance against New Delhi and had been under house arrest for years.

His son, Naseem, said Indian authorities buried Geelani’s body in a local cemetery without any family members present after police snatched his body from the home. Police denied that and called it “baseless rumors” by “some vested interests.”

A video widely shared on social media purportedly showed Geelani’s relatives, mostly women, frantically trying to prevent armed police from forcing their way into the room where his body, wrapped in a Pakistani flag, was being kept. It showed women wailing and screaming as police took the body and locked his family and relatives inside the room.

Police said unspecified family members and some others were charged Saturday under the Unlawful Activities (Prevention) Act. They have not yet been taken into custody.

The anti-terror law was amended in 2019 to allow the government to designate an individual as a terrorist. Police can detain a person for six months without producing any evidence, and the accused can subsequently be imprisoned for up to seven years. Rights activists have called the law draconian.

Kashmir has long been a flashpoint between India and Pakistan, which administer parts of the Himalayan region while claiming it entirely.

Geelani spearheaded Kashmir’s movement for the right to self-determination and was a staunch proponent of merging Kashmir with Pakistan. For many in Kashmir and beyond, he was an enduring icon of defiance against India.

Rebels have been fighting against Indian rule since 1989. The region is one of the most heavily militarized in the world. Tens of thousands of civilians, rebels and government forces have been killed in the raging conflict.

Meanwhile Sunday, authorities eased some restrictions that had been imposed since Geelani’s death, allowing some private vehicles on roads and vendors to operate in some parts of Srinagar.

Mobile phones were restored late Friday but mobile internet and restrictions on the movement of people continued in many parts of the Kashmir Valley.