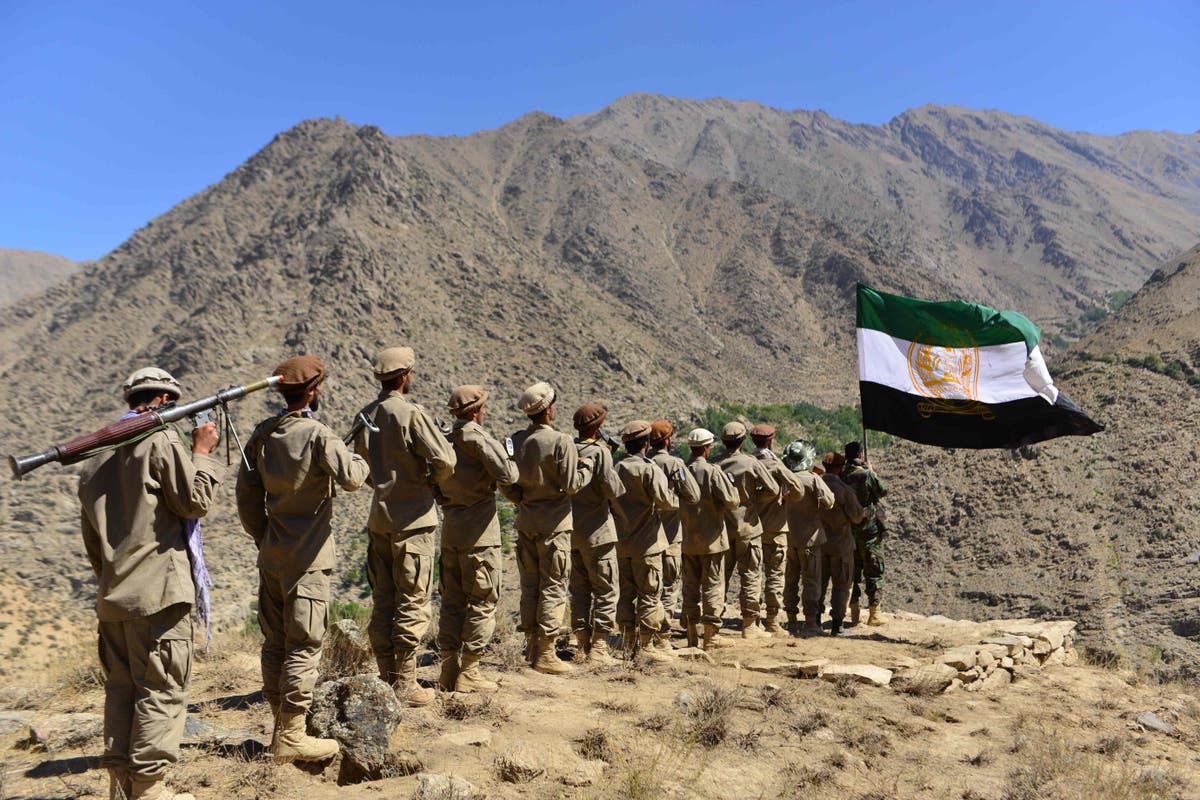 The last battle in the Taliban’s takeover of Afghanistan is unfolding in the Panjshir Valley with a rising tempo of fighting and time becoming a critical factor in what lies ahead.

Celebratory gunfire in Kabul on Friday night led to at least 17 deaths and more than 40 injuries after the Taliban declared to have captured Panjshir. But the valley had not fallen and the opposition insisted soon afterwards they had repulsed the Islamists and taken back territory.

The claims and counter-claims of supposed victories from both sides continue.

A Taliban spokesman, Belal Kareemi, said on Sunday that all areas of Panjshir has been taken except for the capital, Bazarak, and another district, Rokha. The opposition National Resistance Front’s version was: “We have allowed the Taliban to enter the valley intentionally and now they are trapped.

“This is a tactic we have used from our playbook from the 1980s when the Soviets entered the Valley. The NRF is all over Panjshir and the Taliban have suffered heavy casualties.”

The Taliban have been saying until quite recently that they preferred a negotiated settlement in the Panjshir in much the same way that they had taken over the rest of the country.

Edging closer to international recognition as the new government of Afghanistan, they did not want large-scale bloodshed to erupt and undermine the narrative of seeking stability and not strife.

One senior Taliban official told The Independent: “We have managed to avoid a long civil war with many dead like the ones after the Russians left. We think that is recognised by other countries, even the Americans, and it shows that we want peace now in Afghanistan, not more war. We have had peaceful handovers all over the country, that should happen in the Panjshir as well.”

But the negotiations have led nowhere so far. The Talibs claim the opposition spurned their offers. The resistance say that they did not trust the Islamists and the terms offered have amounted a surrender.

Fighting has meanwhile intensified. Some factions of the Talibs now seek a victory as quickly as possible, while the NRF, on the other hand, want to hold the valley in the belief that time will buy them support.

There are a number of factors in play. The Taliban are having problems agreeing to a government. Capturing the last enemy held territory would strengthen their position as the undisputed rulers both at home and abroad and, the hardliners feel, end the need to bring in moderate figures.

The head of the Pakistani intelligence service, ISI, Lieutenant General Faiz Hameed arrived in Kabul at the weekend and his presence, it has been claimed, may play a key part in what happens in the Panjshir.

The leadership of the resistance, especially former Vice-President Amrullah Saleh, who was once the head of the Afghan intelligence service, NDS, are implacable adversaries of the Pakistanis, blaming the Pakistanis for what has happened to Afghanistan in almost every announcement they make.

The ISI has been accused of being the lead Pakistani security agency linked to the Taliban and other insurgent groups like the Haqqani Network. One of Lt Gen Hameed’s tasks, it is claimed, is to help establish a government which would reflect the broad insurgency including the Haqqanis and others.

His presence is viewed as being of particular importance because Mullah Abdul Ghani Baradar, the Taliban leader, has had a fractious relationship with the Pakistani security establishment in the past with arrest and imprisonment in the country.

Mariam Solaimankhil, head of international relations coordination at the office of the former President Ashraf Ghani, tweeted “from what I am hearing, DG of ISI has come into Kabul to make sure Baradar does not lead this government and the Haqqani does. There are a lot of disagreements amongst the Taliban factions and Baradar has called all his men off of attacking Panjshir”.

It is highly unlikely, in reality, that Siruajuddin Haqqani, the leader of the Haqqani Network, would supersede Baradar as the leader of the new government. Pakistani officials deny that Lt Gen Hameed is getting involved in the Panjshir campaign.

But what happens in the Panjshir does appear to be an issue of division among the Talibs and their allies. and may delay decisive military action there.

Any such delay would suit the resistance. Holding back the Talibs for a month would see the onset of winter with military operations in a terrain like the Panjshir would be highly difficult for the next five months.

The ‘Valley of Five Lions’, flanked by mountains, has proved a tough nut to crack in the past. The Russians failed to take it during their Afghan war. And, as the stronghold of the Northern Alliance, it withstood the attacks of the Taliban and other Islamist groups during the long and bloody civil war which followed Soviet withdrawal.

The hope among the opposition is that internal strife may surface among the Islamists during the winter break: discontent and defiance against the Talibs may grow elsewhere in the country, and that the resistance may start getting support from abroad.

That support has proved hard to obtain so far. There has been messages among former American and British military, many of whom had deployed in Afghanistan while in service, or later as private security contractors, about Afghans abroad allegedly starting to raise funds for private forces to be raised to fight the Taliban. But nothing has come of that so far.

It is also clear from talking to US diplomats that such moves will get no support from the Biden administration which is now on a path to establishing a relationship with the Taliban.

There also appears to be little empathy for Saleh and other NRF leaders among these diplomats who are apprehensive that politicians in America may try to drag the country back into a conflict by drumming up support for the armed opposition. A number of Republican Congressmen have already stated that the US should stand by the resistance.

A fellow leader of the resistance, Ahmad Massoud, the 32 year old son of Ahmad Shah Massoud, the renowned mujahideen leader, wrote in the Washington Post requesting help before fighting in the Panjshir escalated.

“We have stores of ammunition and arms that we have patiently collected since my father’s time, because we knew this day might come. If Taliban warlords launch an assault, they will of course face staunch resistance from us”, he said.

That resistance is evident from the fighters, comprised of Tajik militias and members of Afghan security forces. However, they face formidable obstacles, surrounded by enemy territory, outnumbered as well as outgunned, with the Taliban now in possession of vast quantities of western weaponry, including artillery and aircraft either captured from troops or handed over to them as they withdrew.

But even if the Biden administration washes its hands off the opposition, there is the possibility that other regional powers, caught on the hop by the collapse of the Ghani government and Taliban triumph may start providing support to the resistance as they did to the Northern Alliance against the Talibs.

Saleh is now the public face of the resistance with a steady stream of defiant messages from the Panjshir. He has said that there had been heavy fighting, there had been casualties on both sides and acknowledged “there is no doubt we are in a difficult situation, we are under invasion from the Taliban, but we have held the ground, we have resisted”.

The opposition is bitter about the way the US and its allies have walked away.

“The betrayal of Afghanistan by the West is colossal… the scenes at Kabul airport in recent days represented the humiliation of humanity, an embarrassment for any nation that has been involved in Afghanistan since the Taliban were routed by the US-led Coalition Force in the aftermath of the 9/11 atrocity”, said Saleh.

Saleh says he knew that when he set off for Panjshir, it might be a battle to the death.

Speaking to the author Kapil Komireddi he described how he made his chief bodyguard to swear on the Koran to fulfil his last order: “I told him, we are going [to] Panjshir and the road is already taken. We will fight our way through, we will fight it together.

“But should I get injured, I have one request of you. Shoot me twice in the head. I don’t want to surrender to the Taliban. Ever.”