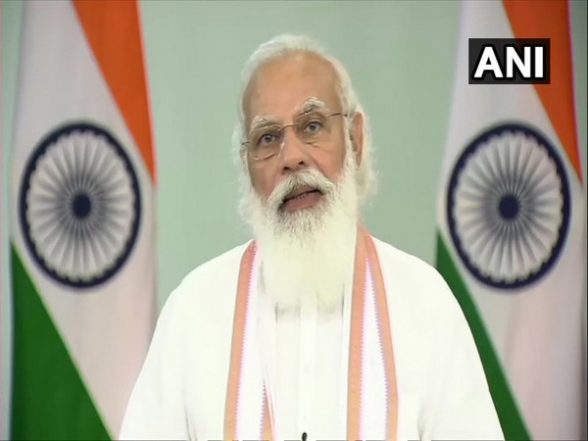 New Delhi [India], September 5 (ANI): Prime Minister Narendra Modi on Sunday said that the Tokyo Paralympics will hold a special place in the history of Indian sports and it will motivate generations of athletes to pursue sports.

“In the history of Indian sports, the Tokyo #Paralympics will always have a special place. The games will remain etched in the memory of every Indian and will motivate generations of athletes to pursue sports. Every member of our contingent is a champion and source of inspiration,” PM Modi tweeted.

In another tweet, the Prime Minister said: “The historic number of medals India won has filled our hearts with joy. I would like to appreciate the coaches, support staff, and families of our athletes for their constant support to the players. We hope to build on our successes to ensure greater participation in sports.”

PM Modi also lauded Japan for successfully hosting the Paralympics and giving the world a reason to smile in these unprecedented times.

“As I had said earlier, the people of Japan, particularly Tokyo and the Japanese Government, must be lauded for their exceptional hospitality, eye for detail, and spreading the much-needed message of resilience and togetherness through these Olympics,” he tweeted.

The Indian contingent finished their campaign at the Tokyo Paralympic Games 2020 at an all-time high by securing a total of 19 medals which includes 5 gold, 8 silver, and 6 bronze medals. India sent its biggest ever contingent of 54 para-athletes across as many as 9 sporting disciplines at the Games. Badminton and Taekwondo made their debut in Tokyo, both of which were represented by India.

Since making its first appearance at the Paralympics in 1968, India had won 12 medals in total till the 2016 Rio edition. The country has now massively improved upon that entire number by 7 medals at the Tokyo Paralympics 2020 alone. Out of a total of 162 nations, India has finished 24th in the overall medal tally, while its accomplishment of 19 medals is ranked 20th based on the number of medals.