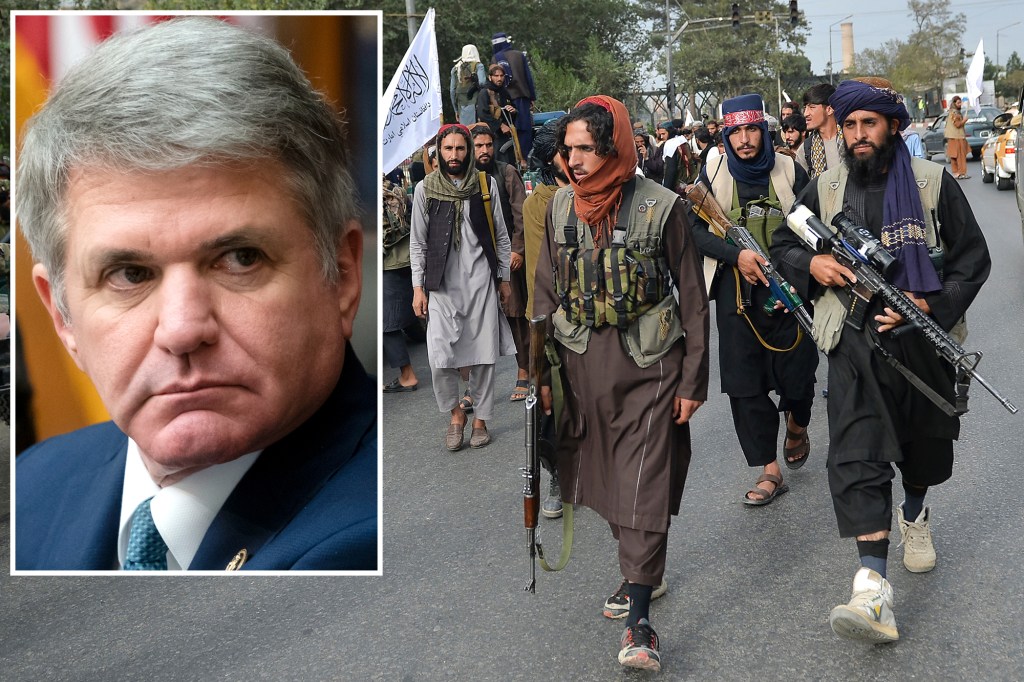 The Taliban is holding six airplanes carrying Americans and Afghan refugees “hostage” at an airport in Afghanistan, Rep. Michael McCaul claimed in an interview Sunday.

McCaul, the ranking Republican on the House Foreign Affairs Committee, said on “Fox News Sunday” that the flights have been cleared by the US State Department to depart but “the Taliban will not let them leave the airport.”

​​“In fact, we have six airplanes at Mazar-i-Sharif airport, six airplanes, with American citizens on them as I speak, also with these interpreters, and the Taliban is holding them hostage for demands right now,” the Texas congressman ​told host Chris Wallace.

Wallace questioned McCaul on what demands the Taliban are making before allowing the flights to leave.

“Well, they are not clearing airplanes to depart. They’ve sat at the airport for the last couple days, these planes, and they’re not allowed to leave,” ​he said.

“We know the reason why is because the Taliban want something in exchange. This is really, Chris, turning into a hostage situation where they’re not go​ing to allow American citizens to leave until they get full recognition from the United States of America,” he ​continued.​​

McCaul said “hundreds of American citizens” are still waiting to be evacuated from Afghanistan since the US completed its military pullout on Aug. 31, bringing an end to the 20-year-old war. ​

The Biden administration says between 100 and 200 Americans are still in Afghanistan.

And McCaul said “zero” Americans have been flown out of the country since US troops departed.

“I’ve been given the answer in the classified space but it’s in the hundreds. We have hundreds of American citizens left behind enemy lines in Afghanistan as I speak. And also, very sadly, the interpreters who worked with our special forces, almost all of them were left behind and were not let in the gates at the airport at HKI to get out​,” he said, referring to Hamid Karzai International Airport in Kabul. ​

“And that was a promise that the president made. I’ve said all along, this president has blood on his hands. And, this week, this last week, we had 13 servicemen and women come home, flag-draped coffins at Dover ​[Air Force Base],” McCaul said.

“​This problem’s going to get worse, not better, and it’s — we have left them behind. That’s the basic creed of the military,” he added.

T​hirteen US service members -​- 11 Marines, one Navy corpsman and one Army soldier — were killed in a suicide bombing attack by an ISIS-K terrorist outside the gates of the Kabul airport last month.

Biden was slammed for looking at his watch as the flag-draped coffins of the military members were being unloaded at the airbase.