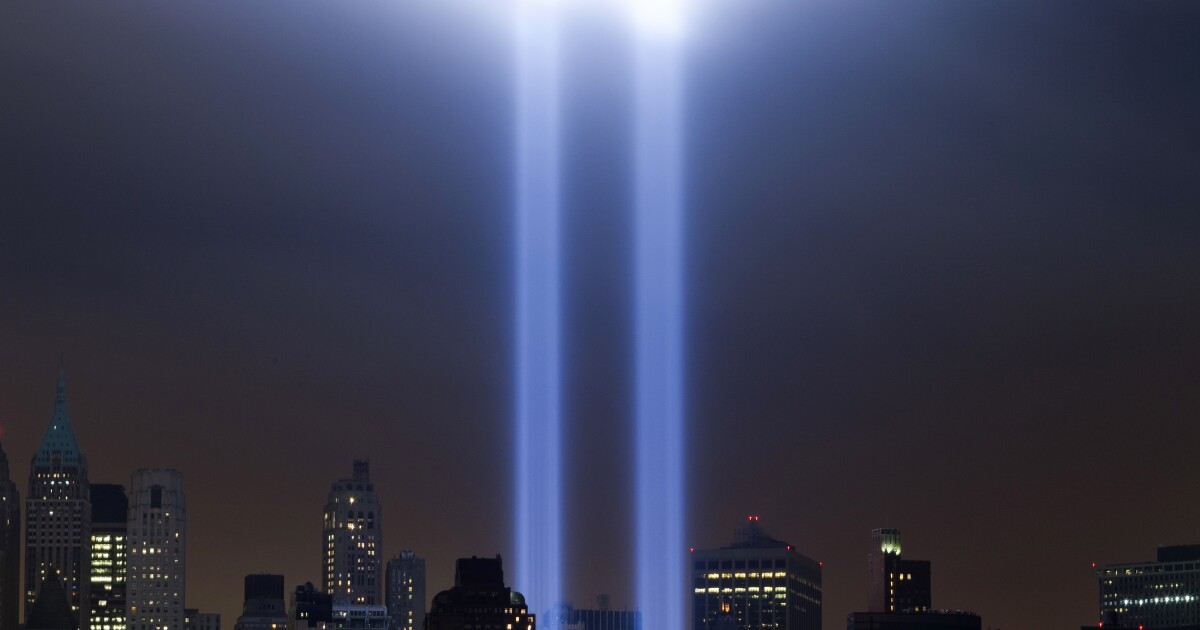 The most memorable novels about Sept. 11, 20 years later

The Most Enduring Novels on 9/11 — And the Best One

This shouldn’t come as a huge surprise but most of the memorable books you’d consider “9/11 novels” aren’t really about the narrow timeline of Sept. 11, 2001. They’re about desperation and survival (physical and emotional) and the sensation of being alive after witnessing mass public murder. They’re about the strength of a city brought to its knees but never laid out flat. They’re about social politics and identity politics and the politics of memory.

Twenty years have now passed since the bright-morning-turned-unholy-nightmare that forever changed the world (spawning, for just one example, America’s longest war, which we hope ended last week). Those who weren’t direct witnesses or survivors may not think about that day as much as we once did. That’s one reason why we read: to remember the wound and the shift, to stay close to humanity at its most elemental when so many fresh distractions and anxieties want to pull us away.

Twenty years give us enough distance to assess what we have read (or haven’t but should) about that time — what fiction can pull us back in while at the same time expanding our understanding of what happened, and to whom. At this dark milestone, what follows is an attempt, perhaps futile, to cull the long list of 9/11 novels before selecting — with trepidation — the best of the bunch. It is not a definitive roundup, and even if it were, it would be absurdly subjective. Instead, it’s an overview of the fiction that has stayed with me over the years, a look back at books that never let go.

You might remember hearing about what it was like to be a Muslim after the attacks, or to even look like a Muslim. In Amy Waldman’s “The Submission” (2011), a jury is tasked with selecting a new 9/11 memorial from a group of anonymous entries. The winner, a beautiful garden, wins praise all around — until the architect is revealed to be a Muslim. At which point all hell breaks loose.

It’s a great premise for a novel, one that touches numerous third rails. Waldman’s finest creation is the architect, Mohammad Khan. He’s an American native and a fiercely secular one at that, but the controversy awakens something in him, a stubborn individualism and a refusal to kowtow to ignorance. He goes out on a limb by insisting his work speak for itself, much as Waldman, a former New York Times reporter with a shrewd, subtle sense of satire, demands that artists be judged by their art.

Waldman excels at putting the reader in another person’s shoes. So does her fellow journalist Lorraine Adams, whose novel “Harbor” (2004) brings us inside an Algerian immigrant community in the Boston area. These strivers have no use for jihad, but the year is 1999 and the FBI is already on high terror alert. Beginning with the torturous journey of Aziz from Algeria, Adams reminds us that new arrivals are often escaping something far worse.

Aziz and his friends fall under FBI surveillance, priming us to scorn the feds. But then Adams flips the script and shifts to their perspective, illustrating the near-impossible process of hunting terrorists. “Harbor” reads like a lost season of “The Wire,” in which everyone tries and nobody wins. It’s a world unto itself, granular in detail but far-reaching in scope.

Both “The Submission” and “Harbor” take seriously the idea that fiction breeds empathy, asking us to look at 9/11 through different lenses. Pakistani writer Mohsin Hamid’s “The Reluctant Fundamentalist” (2007) takes this even further: He constructs and then demolishes the Western narrative safety net of the America-loving immigrant, the model minority. His novel follows the aptly named Changez, a Pakistani immigrant who builds himself an all-American life: degree from Princeton, beautiful American girl, successful career in finance. Then the love affair ends. And when the terrorists attack the World Trade Center, Changez feels … almost euphoric.

Changez isn’t an unreliable narrator so much as a man coming to terms with the mask he has so easily worn. This is a novel of identity in flux, in which the protagonist’s American facade crumbles like the illusion of American invincibility. As Changez tells his story to an American in a Lahore cafe, he also unburdens himself to us — and dares us to judge.

One structure not uncommon to the 9/11 novel is the culmination: As in “Harbor,” the plot builds toward the horrible day, both illuminating the event’s impact on individual lives and employing it in the service of a dramatic climax. Claire Messud’s “The Emperor’s Children” (2006) is a prime example. Her novel focuses on three thirtysomething New Yorkers navigating the question of what to do with their lives, not knowing they will soon be forever changed, their status pursuits thrown into stark relief.

Movers and shakers in the world of arts, culture and ideas, these dubious heroes perform their own comedy of manners until the day catastrophe breaks down the door — and finally, two characters are doing what we all did: watching the unthinkable unfold. Messud’s blend of frivolity and death is risky, and it only works because it reflects the communal quality of the event. The pain of that day was distributed wildly unevenly, from the valleys of Afghanistan to the suburbs of New Jersey. But its impact was felt everywhere, especially in a city that for years had blithely ridden a wave of wealth and unquestioned power.

This communal effect is both a truism — tragedy brings people together — and an awful irony. In the days following the attacks, I remember feeling particularly close to my friends and loved ones, as if we’d survived the same plane crash. Don DeLillo, the high priest of chilly postmodernism, would seem an odd candidate for channeler of the 9/11 touchy-feelies. But there’s something about his parable, “Falling Man” (2007), that reminds us how we’re wired to stay together.

When Keith, a lawyer, narrowly escapes one of the burning towers, he stumbles about in the inferno outside, dazed and bloody. His lizard brain tells him to take shelter with his estranged wife, Lianne. What follows is a sort of memory play that makes one wish Alain Resnais (“Hiroshima, Mon Amour”) were around to adapt “Falling Man” for the screen. Then again, if he were, how might he capture this: “The dead were everywhere, in the air, in the rubble, on rooftops nearby, in the breezes that carried from the river. They were settled in ash and drizzled on windows, all along the streets, in his hair and on his clothes.”

If that sounds like a bit much, you might consider Jonathan Safran Foer’s “Extremely Loud and Incredibly Close” (2005). It’s about a scavenger hunt of sorts, with the scavenger, 9-year-old Oskar, searching for people who can tell him about a key that belonged to his father, who died in the World Trade Center. A troubled boy suffering from heavy trauma, he stretches the parameters of his shrinking world in the course of his investigation.

The book is remembered largely for its photo finish, a reverse flipbook of sorts in which a dead man leaps from the ground and up through the air, back into the no-longer-doomed tower. It’s a bit cute for such a grisly event, but not nearly so much as the downright maudlin movie adaptation.

And what of the towers themselves? These audacious ’70s structures were widely mocked for their hubris and their monolithic rectangularity, symbols of big-box America and brutalist temples of high finance, which made them targets nearly 40 years later. They took on new meaning ever after, but the first person to force us to see them anew was a French tightrope walker named Philippe Petit, who decided to string a wire between them and dance among the clouds one morning in 1974.

This act is the loose organizing principle of Colum McCann’s “Let the Great World Spin” (2009), which, though mostly set in the 1970s, gets my vote as the best 9/11 novel. Like the Oscar-winning documentary “Man on Wire” and the underrated, magical 2015 Robert Zemeckis feature “The Walk,” McCann’s novel frames Petit’s stunt as a transcendent moment in New York’s history. But the author uses that transcendence to reflect on ordinary lives — and to suggest that, in fact, no life is ordinary.

An Irish immigrant ministers to prostitutes from a South Bronx project. A group of women gathers to drink tea and mourn their sons killed in Vietnam. An artist couple try to wrap their heads around a fatal car accident they might have caused. This New York teems with the interior life of James Joyce’s Dublin or Virginia Woolf’s London. As Petit walks in the sky, the city is brought together. One day it will have to come together again, its towers turned to rubble. But the city will survive; it has to.

“Let the Great World Spin” is a 9/11 novel but it’s much more than that. It’s a reminder of our common humanity. That’s what the best fiction does. It makes us think and feel together, and it insists we keep going.