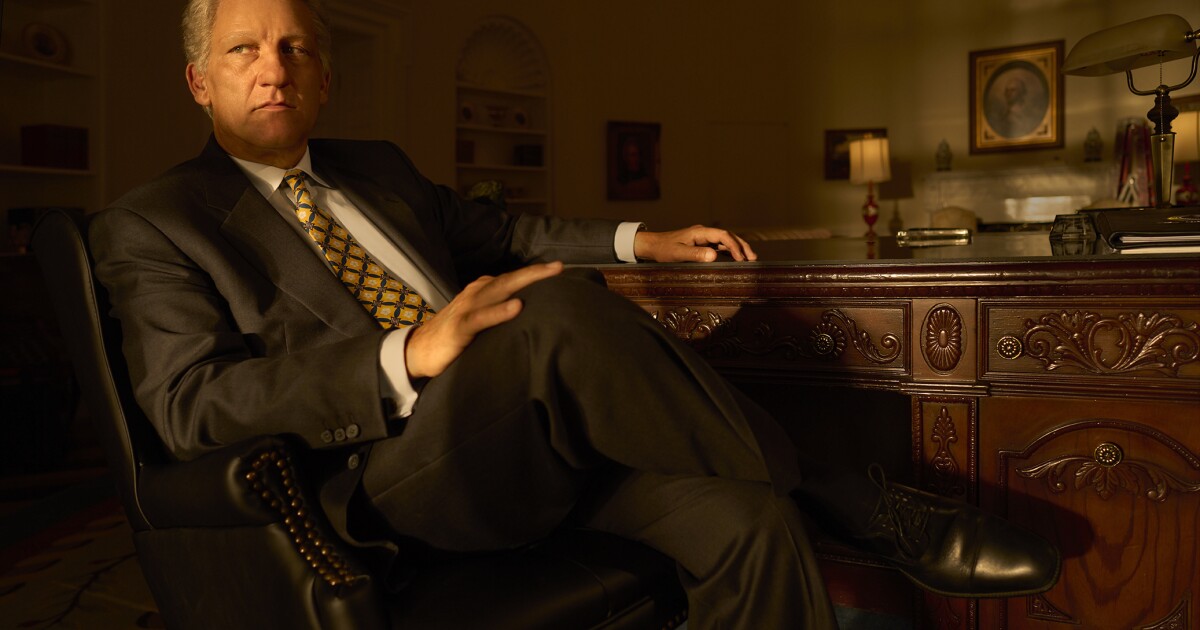 What to watch on TV: NFL football, Sept. 11, Meghan Markle

An updated version of the 2002 documentary “9/11” revisits accounts of the Sept. 11 attacks as experienced by first responders at Manhattan’s World Trade Center on that dark day. 5 p.m. CNN; also Saturday

They’ve got spirit — yes, they do! — but that’s not all they’ve got in the new thriller “Webcam Cheerleaders.” 8 p.m. Lifetime

Manslaughter will out: Two brothers endeavor to escape the consequences after fleeing the scene of a fatal hit-and-run in the imported drama “Guilt” on “Masterpiece.” 9 p.m. KOCE

“Billions” is back with the back half of its fifth season. Paul Giamatti, Maggie Siff and Damian Lewis star. 9 p.m. Showtime

Like sands through the hourglass, so are the “Days of Our Lives: Beyond Salem” in this one-week-only spinoff of the long-running daytime drama. Anytime, Peacock

Our favorite ex-royals book it out of Old Blighty in search of fairer shores in the new ripped-from-the-headlines TV movie “Harry & Meghan: Escaping the Palace.” 8 p.m. Lifetime

“Go fly a kite” means anything but the brush-off in the new TV movie “High Flying Romance.” With Jessica Lowndes. 9 p.m. Hallmark Channel

Host Jasmine Roth deals with more DIY disasters in a new season of “Help! I Wrecked My House.” 9 p.m. HGTV

“Kid Cosmic” suits up for a second season of this animated series from the creator of “The Powerpuff Girls.” Anytime, Netflix

There are three sides to every story, in the Bermuda Triangle anyway, in the return of “History’s Greatest Mysteries.” 8 p.m. History Channel

They’re still taking the bitter with the sweet in a sixth season of the Louisiana-set family drama “Queen Sugar.” With Rutina Wesley. 8 p.m. OWN

“Frontline” traces the fault lines in our nation’s divided political landscape back two decades to the Sept. 11 attacks in “America After 9/11.” 9 p.m. KOCE

Clive Owen is President Bill Clinton — depending upon what the meaning of the word “is” is — in the new limited series “Impeachment: American Crime Story.” With Edie Falco. 10 p.m. FX

What goes around comes around in new episodes of social media-inspired reality competition “The Circle.” Anytime, Netflix

What if “Doogie Howser, M.D.” had been a young Hawaiian girl instead of Neil Patrick Harris? Find out in the new reboot “Doogie Kamealoha, M.D.” Anytime, Disney+

They hip-hop and they don’t stop in a second season of the bio-drama “Wu-Tang: An American Saga.” Anytime, Hulu

Yards front and back are getting spruced up — to the max! — in the new renovation spinoff “Curb Appeal Xtreme.” 8 p.m. HGTV

Female survivors and first-responders recall their experiences on that fateful day 20 years ago in “Women of 9/11: A Special Edition of 20/20 with Robin Roberts.” 9 p.m. ABC

Why did “Frogger” cross the road? To get turned into a real-life obstacle course in this new series based on the classic arcade game. Anytime, Peacock

“Daredevil’s” Charlie Cox gets his Irish up in the Dublin-set crime drama “Kin.” With “Game of Thrones’” Aidan Gillen and Ciarán Hinds. Anytime, AMC+

Stranded at a tiny Canadian airport on Sept. 11, travelers from around the world make unexpected connections in the fact-based Broadway musical “Come From Away.” Anytime, Apple TV+

“Kate” is a hit woman with just hours to live and a huge score to settle in this Tokyo-set 2021 action thriller starring Mary Elizabeth Winstead and Woody Harrelson. Anytime, Netflix

“The Voyeurs” are watching and they like what they see in this steamy 2021 thriller set in Manhattan. “Euphoria’s” Sydney Sweeney stars. Anytime, Amazon Prime

How blue can you get? “The Smurfs” are back in a new computer-animated reboot of the 1980s-era kids’ cartoon series. 7:30 p.m. Nickelodeon

“Return of the Taliban: A Vice Special Report” examines the current situation on the ground in Afghanistan, while the documentary “Detainee 001” investigates so-called “American Taliban” John Walker Lindh. 8 and 9 p.m. Showtime

The laughs are on her: “Ilana Glazer Presents Comedy on Earth: NYC 2020-2021” is a new stand-up showcase curated by the “Broad City” co-star. 11 p.m. Comedy Central

Previous Q&A: Where top California recall candidates stand on issues
Next Fans want Albert Pujols back in St. Louis for over-40 reunion