In a move that could spook theaters while boosting streaming subscriptions, Universal Pictures on Thursday said it would release the horror sequel “Halloween Kills” on its sister service, Peacock, and on the big screen on the same day.

The slasher film, a sequel to the 2018 reboot “Halloween” directed by David Gordon Green and produced by Blumhouse, will debut simultaneously on Peacock and in theaters on Oct. 15. The film will not be available on the free version of Peacock, which charges $5 a month for its premium ad-supported tier.

The decision comes as NBCUniversal, the Comcast Corp. division that includes the Universal Pictures studio, tries grow the year-old Peacock with fresh content, including movies. The company earlier this year released DreamWorks Animation’s “Boss Baby: Family Business” for streaming and theaters at the same time.

In July, Comcast said Peacock had 54 million signups and 20 million active users. Executives said “Boss Baby” and coverage of the Tokyo Olympics drove usage. Now it needs more fresh content to compete with the likes of HBO Max and Disney+.

Horror is naturally a popular draw for audiences in October, both online and at the box office. Horror has been among the few consistent genres to produce hits at theaters, with Paramount’s “A Quiet Place Part II” generating nearly $300 million globally earlier this year. 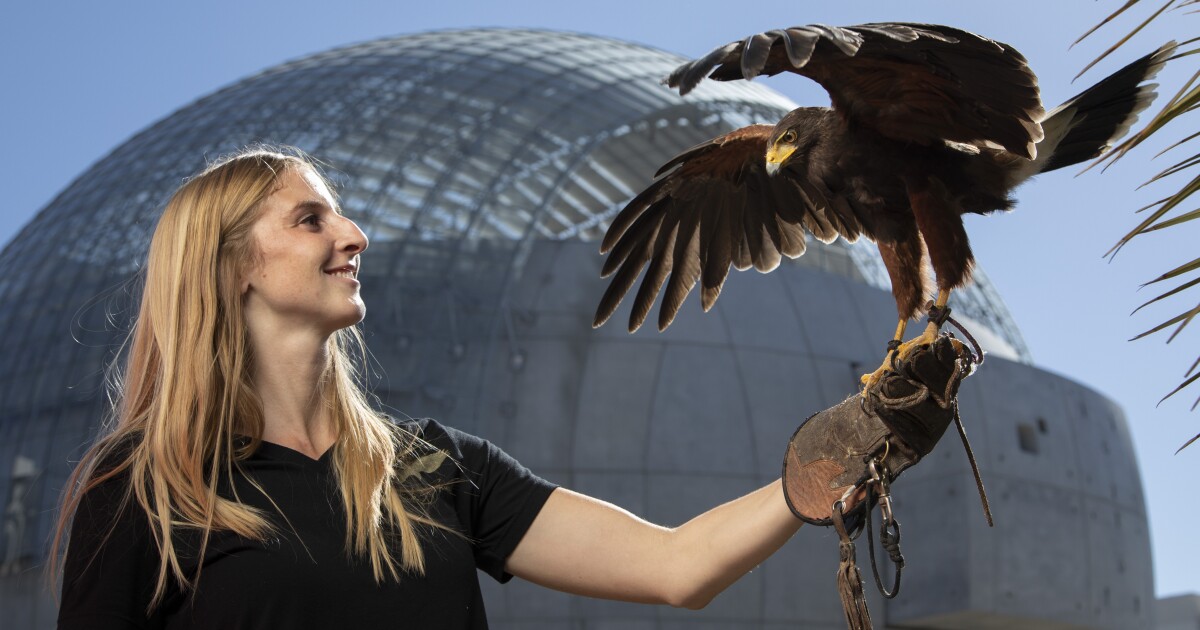 Academy Museum hires a hawk to scare away the pigeons

[ad_1] A co-worker describes Spencer as “a real go-getter.” Today is Spencer’s day off, however, …