When it comes to misinformation about the COVID-19 vaccines, health advocates have heard it all.

During a recent round of surveying farmworkers, there were a number of concerns ranging from misguided and inaccurate to specific and head-scratching, such as that the shots will somehow alter a recipient’s sexuality.

Even with the COVID-19 vaccine campaign now nearly 10 months old, officials and immunization advocates throughout the state say persistent misconceptions and disinformation are hobbling efforts to promote the shots in certain parts of California, including among some Latino communities.

In Orange County, only 47% of Latino residents age 12 and up have received at least one dose, compared to 73% among white residents, according to state data.

And in Fresno County — where hospitals were thrown into crisis as they effectively ran out of available intensive care unit beds — 54% of Latino residents in the same age group have received at least one dose, compared to 67% of white residents.

Unlike Orange County, where one-third of residents are Latino, a majority of residents in Fresno County are Latino, and the median age there — 33 — is younger than that in most of California. In some places, younger Latinos are a demographic less likely to get vaccinated, fueled sometimes by not only a sense of invincibility but also a drumbeat of false information being circulated not only by social media but sometimes mainstream news sources as well.

In general, while about half of farmworkers surveyed by the farmworker foundation want the vaccine, about 35% have expressed ironclad opposition, and 15% are undecided, Hernandez said. Myths that they cite include those that falsely claim the vaccines harm fertility, contain tracking chips that will allow the government to control them, or can cause paralysis, cancer or death.

“It’s not only Facebook … but it’s also the media,” Hernandez said at a news briefing held by Fresno County health officials. One misleading story that aired on a Spanish-language TV station some months ago involved the quoting of a rabbi in Israel saying taking the vaccine results in changing the recipient’s sexuality.

The tale led to 100 young farmworkers suddenly changing their minds and deciding to not take the shot at a vaccination clinic, Hernandez said. “Although the report was false, farmworkers saw that in their 6 p.m. news and automatically thought, ‘Well, what if it’s true?’”

Some residents are so frightened of the vaccine they ask community health workers to escort them to clinics, Joe Prado, interim assistant director of the Fresno County Department of Public Health, said.

People still ask: “Is it safe to take the vaccine?” Prado said. “This vaccine hesitancy is real and … it looks different for every individual.”

Anti-vaccine messaging has become such a problem that social media companies have come under pressure to remove misinformation and disinformation online. YouTube recently announced it will ban prominent anti-vaccine activists from publishing on its website.

In Orange County, “the biggest myth or fear is the fertility issue,” said Isabel Becerra, the chief executive of Orange County Community Health Centers, in a recent briefing. Medical experts say the vaccines are safe and effective and there’s no evidence they cause reproductive harm.

In fact, the U.S. Centers for Disease Control and Prevention strongly recommends COVID-19 vaccinations be given before or during pregnancy. Vaccines “have no adverse events to mom or to baby,” according to agency Director Dr. Rochelle Walensky.

But rumors and disinformation about the safety and efficacy of the vaccines have continued to spread widely — leading, officials say, to some devastating real-world outcomes.

Since the beginning of the pandemic, 22,000 pregnant people have been hospitalized with COVID-19, and 161 died, including 22 deaths that occurred in August, the CDC said. Symptomatic COVID-19 in pregnant people can lead to twice the risk of admission to an intensive care unit and a 70% increased risk of death.

Yet the CDC said only 31% of pregnant people have been vaccinated against COVID-19. There are also disparities by race and ethnicity. While 45.7% of Asian American women who are pregnant are vaccinated, just 25% of Latina and 15.6% of Black pregnant women are vaccinated.

“The truth is that misinformation takes away our freedom to make informed decisions about our health and the health of our loved ones,” he said during a briefing at the time. “During the COVID-19 pandemic, health misinformation has led people to resist wearing masks in high-risk settings. It’s led them to turn down proven treatments and to choose not to get vaccinated. This has led to avoidable illnesses and deaths. Simply put, health misinformation has cost us lives.”

Many of the people who aren’t getting vaccinated aren’t necessarily passionate advocates against vaccinations, said Dr. Rais Vohra, the interim Fresno County health officer. Vohra, who also works as an emergency physician, said many of the seriously ill COVID-19 patients he treats are unvaccinated adults in their 20s, 30s and 40s who “just didn’t find the time, or weren’t able to get time off from everything else that they were doing, and they didn’t make it a priority.”

Often, these patients seemed to be unaware that they could get vaccinations as easily as walking into a nearby pharmacy. “There’s tons of people out there that just have not yet gotten this very basic message about how easy it is to get the COVID vaccine now,” Vohra said.

Other concerns mentioned to officials include people missing work if they feel feverish after getting vaccinated.

Some say they don’t think they need a vaccine if they don’t feel sick, she said, even though the vaccine’s role is to prevent future illness.

Another persistent myth is that the vaccines can somehow restructure someone’s DNA. Health officials say this, too, is nonsense.

“It’s actually impossible for these vaccines to alter your DNA. There’s no mechanism that would allow for your DNA to be altered by these vaccines,” L.A. County Public Health Director Barbara Ferrer said at a recent town hall briefing.

In L.A. County, 54% of Black and 62% of Latino residents age 12 and older have received at least one COVID-19 vaccine dose, compared to 72% of white, 75% of Native American, and 81% of Asian American residents in the same age group.

Despite the fear and concerns, California and the country have made significant progress in their inoculation efforts. Statewide, providers have administered more than 48 million vaccine doses to date, and nearly 67% of all Californians have gotten at least their first shot.

But that progress is not uniform. In Orange County, California’s third most populous, health officials have expressed concerns not only among low countywide vaccination rates among Latino residents, but also among neighborhoods along the coast where white residents comprise the majority, such as in Newport Beach, Huntington Beach and San Clemente.

ZIP Codes with the lowest vaccination rates — where fewer than half of residents under the age of 65 have received at least one vaccine dose — include Newport Beach’s Balboa Peninsula and San Clemente, according to the county’s website.

Some areas have made dramatic strides in reducing racial and ethnic disparities in vaccinations. In Northern California’s most populous county, Santa Clara, 72% of Latinos age 12 and older have received at least one dose, roughly the same as the percentage among white residents. Seventy-six percent of Latinos in the same age group are at least partially vaccinated in San Diego County; that’s higher than the 65% of white residents in the comparable age group.

While 58% of Fresno County residents of all ages are at least partially vaccinated, 83% of residents in another agricultural area — Imperial County, on the Mexican border — are vaccinated. That’s one of the best rates in the entire state, and the feat occurred in a county where 85% of residents are Latino.

The successful immunization efforts are in part due to farmworkers in the Imperial Valley and the nearby Coachella Valley in Riverside County taking vaccinations at a high rate. The rate of vaccinations around the agricultural community of Mecca increased dramatically after a priest — an icon in the community — died of COVID-19, and rose from 40% to virtually 100% among those eligible, according to Hernandez.

“Imperial County has a real palpable sense of urgency, because there’s so many people who were infected there,” said UC San Francisco epidemiologist Dr. George Rutherford. “I think they’ve severely gotten the message and are being really careful about maintaining their advantage against the disease, which comes both from vaccination, and there — to a large extent — from naturally acquired infection.”

Hernandez said surveys with farmworkers suggest that they would be more likely to get the vaccine if their employer mandated they get the vaccine, if their children are required to get the shot to continue attending school, and if vaccinations were a requirement to travel, such as to visit family in another country.

“We could continue to educate the population and let them know about COVID-19 — demystify all the misinformation that they’re getting on a weekly basis. But at the end of the day, we got to start looking at policy now, and how can policy impact the choices of the communities that we serve,” Hernandez said. 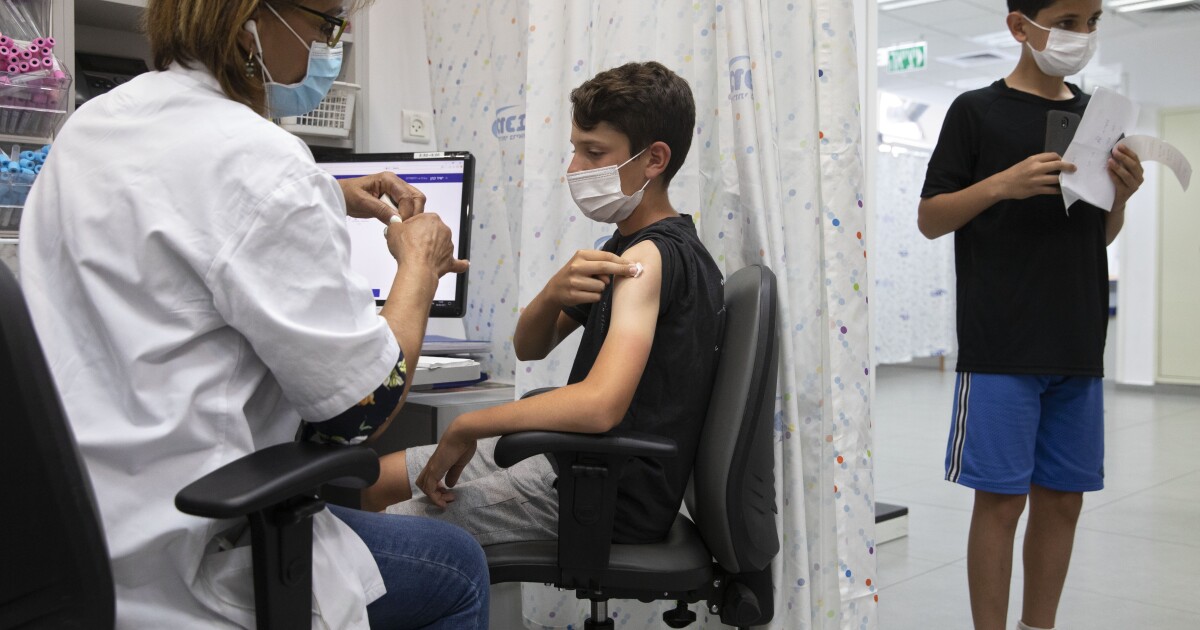 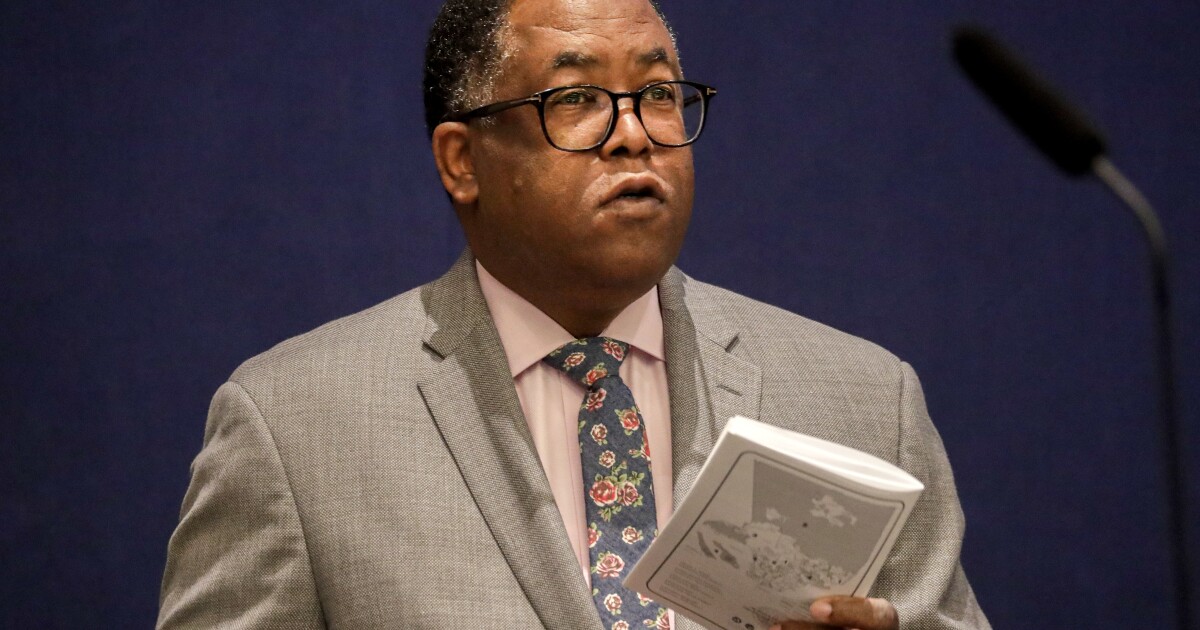