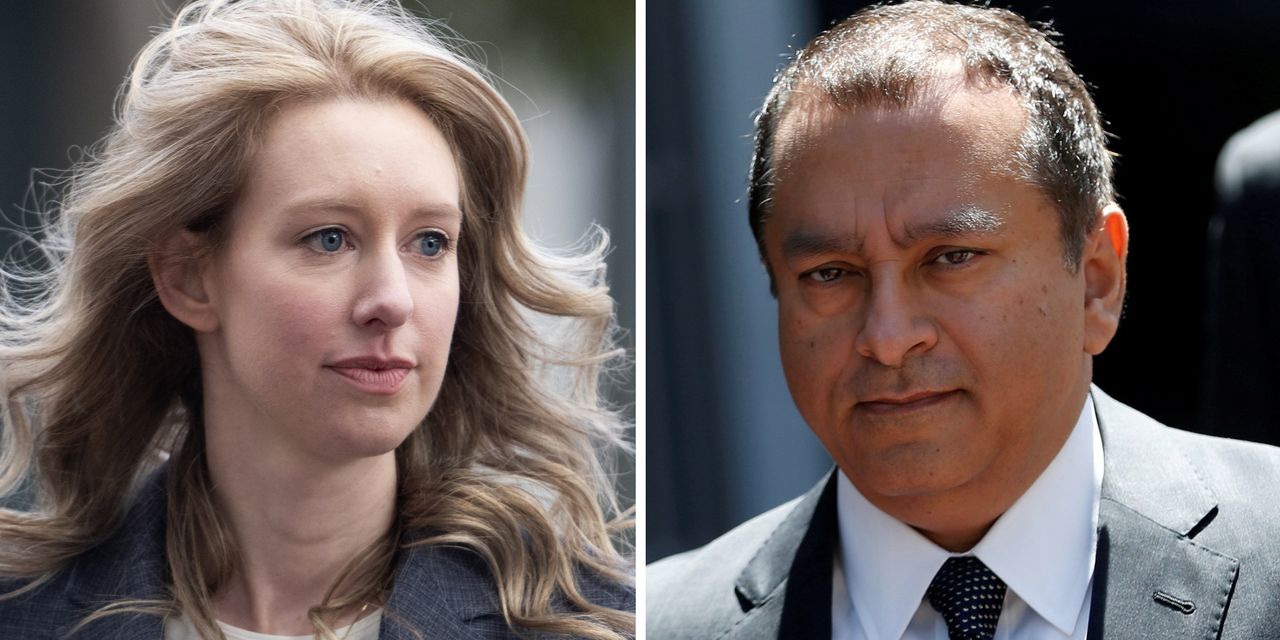 The text message popped up on

phone in July 2015 from her top deputy at Theranos Inc., Ramesh “Sunny” Balwani.

“I am sad at where you and I are,” Mr. Balwani wrote, adding in another message: “U need me.”

“It’s just hard to transition,” Ms. Holmes replied. “Was emotional but am ready.”

Few people knew it then, but Mr. Balwani was also her longtime, live-in boyfriend, prosecutors and Ms. Holmes’s lawyers now say. The little-known relationship was unraveling, the text messages show, just as the blood-testing startup was beginning to face the kind of scrutiny that would cause its dissolution in 2018.

The couple broke up in the months following that text exchange, say people familiar with the matter. Now, their romantic relationship that spanned more than a decade, growing and fading alongside the rise and fall of Theranos, as the texts show, has taken center stage in Ms. Holmes’s criminal-fraud trial in the federal courthouse in San Jose, Calif.

For Ms. Holmes, evidence of the romantic relationship could help her if she decides to mount a mental-health defense. Her attorneys have alleged in court records that Mr. Balwani psychologically, emotionally and sexually abused Ms. Holmes, which left her under his control. Mr. Balwani’s lawyer has disputed any allegations of abuse.

Prosecutors have had some of the intimate text messages read aloud in court, potentially helping them prove their case that Ms. Holmes failed to take seriously numerous warnings about inaccurate blood-test results.

“You do have some kind of indication that she knew that not all was well with the company,” said Andrey Spektor, a former federal prosecutor with the Eastern District of New York who isn’t involved in the case but has read portions of the text messages. “Those messages by themselves are not going to get prosecutors to conviction but coupled with everything else, it’s a pretty powerful case.”

Ms. Holmes and Mr. Balwani are each charged with a dozen counts of wire fraud and conspiracy to commit wire fraud after telling investors and patients that their blood-testing technology could accurately and reliably test for more than 200 conditions from a finger prick of blood. Prosecutors say that the technology didn’t work as promised and that Ms. Holmes and Mr. Balwani lied to attract more investment as they ran out of cash.

Both have pleaded not guilty. Ms. Holmes’s trial began last month, and Mr. Balwani has a separate trial scheduled for early next year.

Federal prosecutors and attorneys for Ms. Holmes and Mr. Balwani didn’t respond to requests for comment.

Details about their relationship have emerged through hundreds of text messages prosecutors obtained and released into court records, and through recently unredacted court filings from prosecutors and Ms. Holmes’s defense. The court records were unsealed after the judge in the case ruled in favor of a legal challenge brought by Dow Jones & Co., the publisher of The Wall Street Journal.

Mr. Balwani and Ms. Holmes met in 2002 during a language-immersion trip to China, when she was 18 years old and he was 37, according to defense attorneys. They began dating soon after Ms. Holmes dropped out of Stanford University in 2003 at Mr. Balwani’s urging, to work full-time on Theranos, and she later moved into Mr. Balwani’s house, according to lawyers’ statements in trial and court records. He came to work at Theranos in 2009 as president and chief operating officer, overseeing the company’s lab, prosecutors said. He had worked as a software engineer and startup executive, and didn’t have experience in pathology or laboratory science, prosecutors said.

The couple “controlled Theranos as equals and made significant decisions in consultation with each other as partners do,” Assistant U.S. Attorney Robert Leach said in opening statements.

The publicly released text messages track conversations from November 2013 to October 2015, when Ms. Holmes’s public profile was taking off and Theranos was making its blood tests available to patients in California and Arizona through a partnership with

They offer a glimpse into a business partnership that helmed one of the most storied Silicon Valley startup failures and a romantic relationship that had been kept secret for years from Theranos investors, board members and most employees, according to prosecutors’ interviews with board members, investors and former staff.

Their text messages vacillated between discussions about software testing or hiring new customer service employees and heart-eyed emojis or pet names for each other—she called him “tiger” and “my king.”

On Valentine’s Day in 2016, Ms. Holmes and Mr. Balwani each asked a personal assistant at the company to order flowers for the other as a surprise, according to prosecutors’ interview with the assistant, Paige Williams, which was filed into the court record. Mr. Balwani tasked that same assistant with buying Ms. Holmes flowers for her birthday and their anniversary.

One text message in December 2014 indicated they were planning for a future together, and Theranos would be their legacy: “And for our kids never forget who we are,” Ms. Holmes told Mr. Balwani.

Mr. Balwani and Ms. Holmes concealed their relationship from company board directors and investors, prosecutors say. Employees who did know were instructed not to talk about it, according to prosecutors’ interviews with former employees.

What have you found most interesting about the Theranos trial? Join the conversation below.

When two senior executive officers have a romantic relationship, there is a heightened risk that one might make decisions that aren’t in the best interest of the company or shareholders, but are beneficial to their significant other, said

who advises startup CEOs and their boards.

“Any reasonable investor would want to know that information,” said Mr. Epstein.

Mr. Balwani’s text messages were at times critical of Theranos’s shortcomings, and he demanded fixes to them.

“We need FDA clearance,” he messaged Ms. Holmes in April 2015, referring to the Food and Drug Administration, which would oversee regulatory approval of the company’s signature “nanotainers” to collect finger-pricked blood. The company lab is a “disaster zone,” he said in a separate text.

He pushed back on Ms. Holmes’s extensive media appearances because the company still lacked “solid substance.” Ms. Holmes responded that the media coverage was helping Theranos get more business deals.

He also cautioned her about making the claim that all of Theranos’s proprietary blood tests were performed with a finger prick of blood. Theranos was using the traditional needle-in-the-arm method for many of its tests, according to court testimony.

The deal refers to an agreement in which Ohio-based medical center Cleveland Clinic would submit Theranos’s devices to testing to scientifically validate the technology, and send along the results for publication. The company never did send its devices to Cleveland Clinic, effectively killing the agreement.

That became a red flag for at least one investor, investment banker

who decided not to back Theranos in part because the startup hadn’t followed through with Cleveland Clinic, according to a court filing by prosecutors. Mr. Trott didn’t respond to requests for comment.

Mr. Balwani’s scathing messages could be personal. “We are lazy and disorganized and not focused,” in work but also “in the context of u and me,” he told her in June 2015.

Elsewhere, her responses were placating, frequently replying to Mr. Balwani’s texts about the company’s problems with “Agree” or “Exactly.” Other messages showed she was worried about Theranos’s challenges: “Praying literally non stop,” she texted Mr. Balwani in September 2015, when the FDA made a surprise inspection visit to Theranos’s lab.

“This is where our problems are,” Ms. Holmes texted Mr. Balwani in November 2014, in reference to Theranos staff. “Most disappointing how bad these people are,” Mr. Balwani wrote about employees several months later.

Several months later, in July 2015, Mr. Balwani messaged Ms. Holmes: “We need to commit to each other and get out of this hell so we can live in paradise.”

In 2016, Mr. Balwani abruptly left Theranos as the company faced penalties from regulators and a federal criminal probe. Associates of Ms. Holmes at the time said they believed she had fired him after the laboratories he oversaw failed a critical inspection. She went on to blame him as the source of any lies the company might have told about its blood-testing technology, according to court records filed by the defense.

Ms. Holmes’s defense argues that she believed she was telling the truth about Theranos because she relied on Mr. Balwani for accurate information about the company’s operations and trusted what he told her.

Prosecutors say Ms. Holmes’s potential mental-health defense related to alleged abuse by Mr. Balwani contradicts her statements in sworn testimony in 2017 to the Securities and Exchange Commission. In that testimony, Ms. Holmes described Mr. Balwani as a subordinate and at one point said their personal relationship had faded years earlier as their focus shifted to the business they ran together.

Ms. Holmes later settled with the SEC, without admitting or denying wrongdoing.

People close to Ms. Holmes said they observed that Mr. Balwani was typically deferential to Ms. Holmes in public and that Ms. Holmes seemed to be in full control of decisions made at the company.

—Sara Randazzo and Christopher Weaver contributed to this article.

Write to Heather Somerville at Heather.Somerville@wsj.com 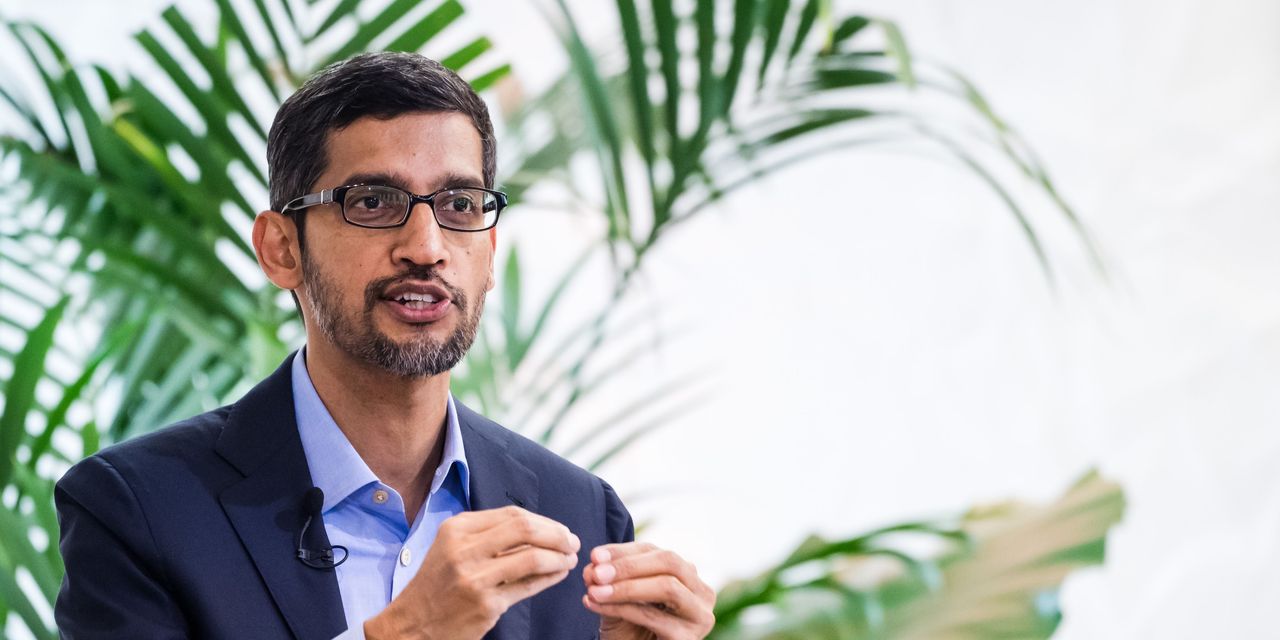 RECENT UPDATE: Netflix trans employees and allies release a list of demands ahead of the walkout 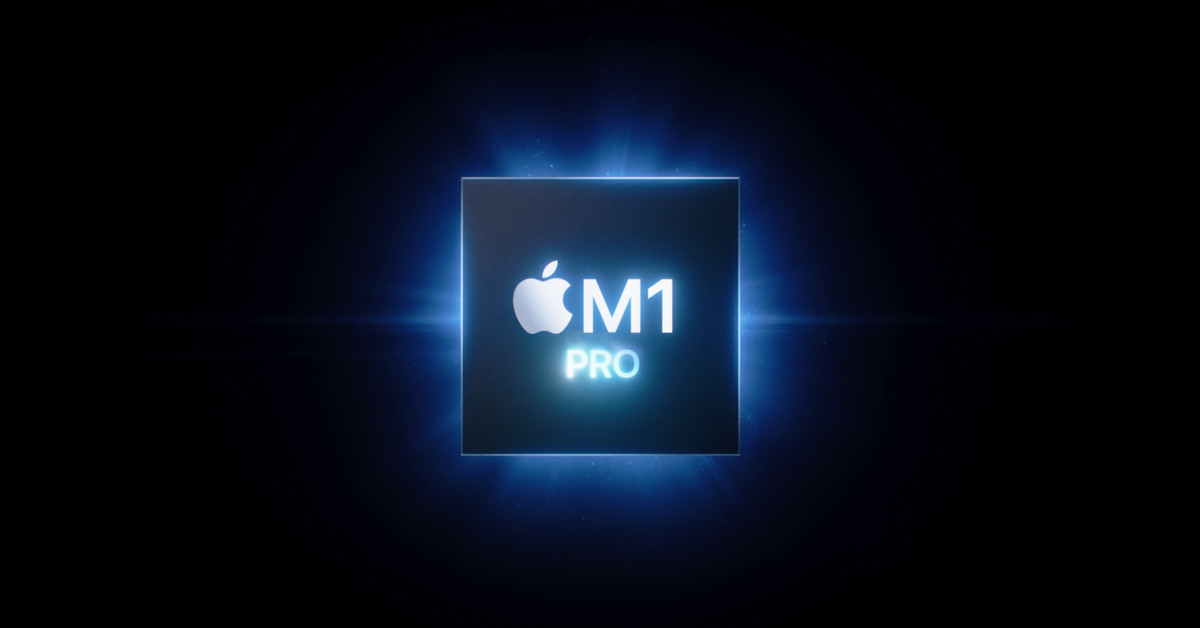 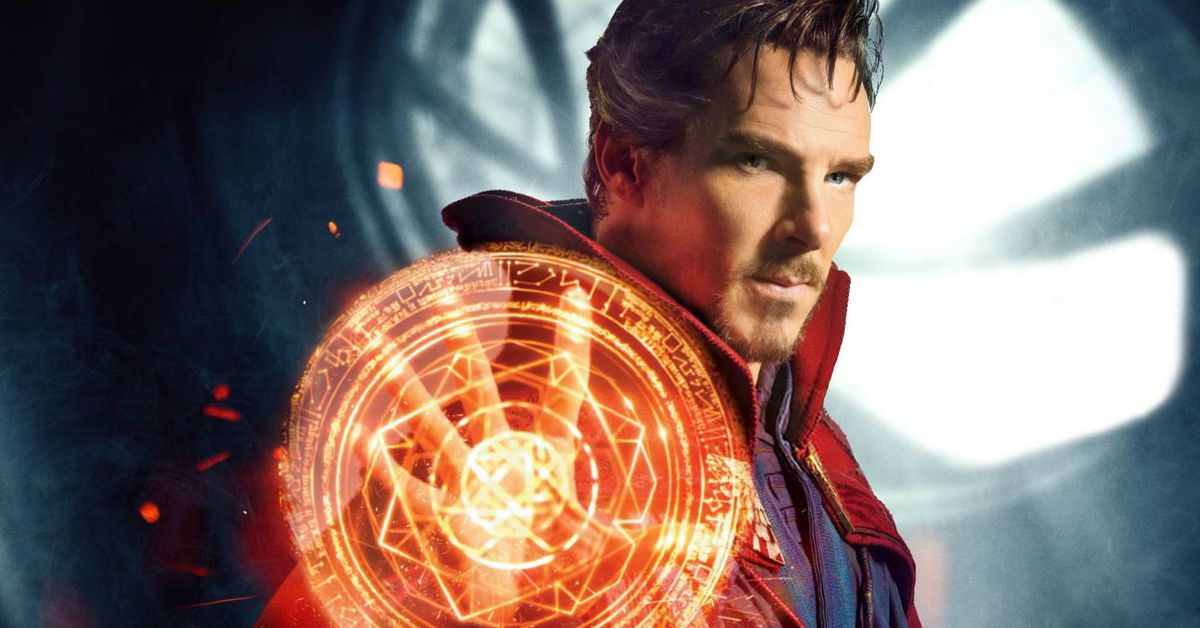 Disney has just announced delays for its 2022 Marvel films, along with the upcoming fifth …