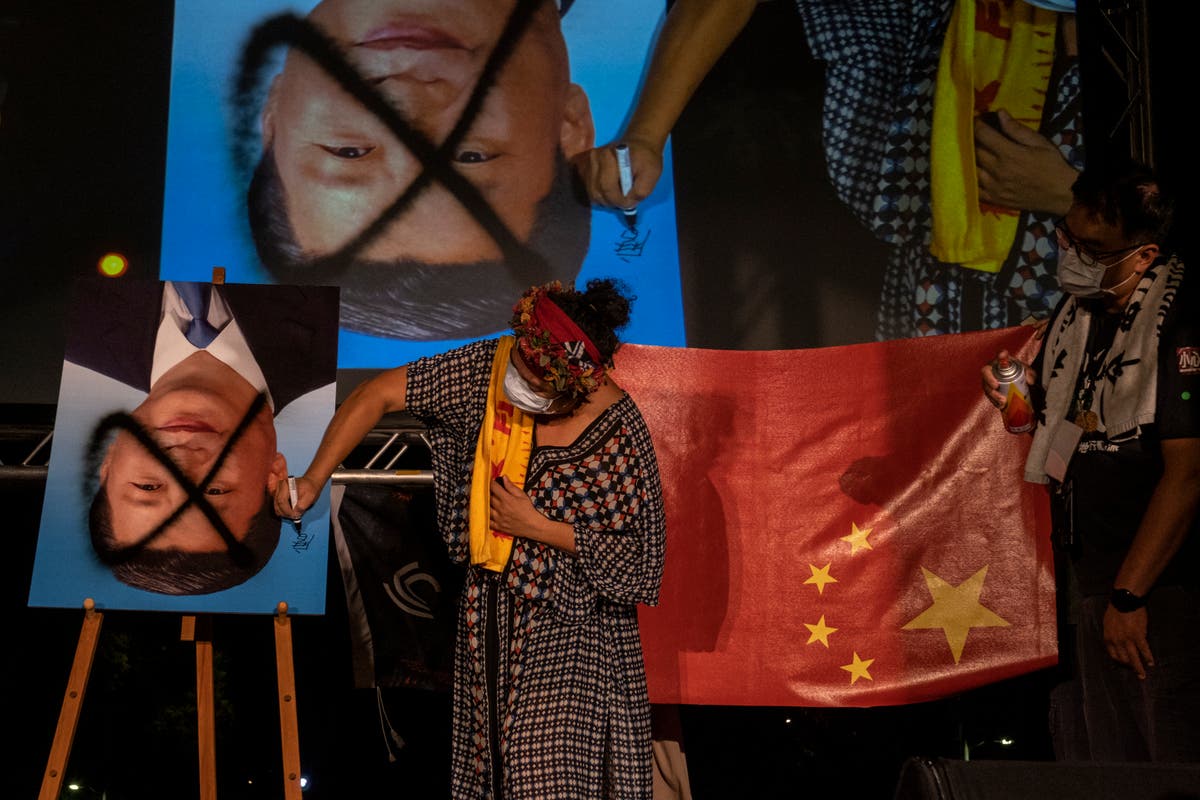 China has escalated its pressure campaign against Taiwan to unprecedented levels as part of its bid to respond not only to Taipei’s policies but also diplomatic overtures by the US and its allies to the self-ruling democratic island.

Pressure from mainland China included the largest military incursions into the Taiwan Air Defence Identification Zone (ADIZ) since the Taiwanese Ministry of Defence started to make such data publicly available last September. The unprecedented foray included a total of nearly 150 aircraft over only four days.

The consecutive waves of Chinese aircraft formations included J-16 and Su-30 fighter jets, H-6 nuclear-capable bombers, anti-submarine aircraft and early warning aircraft, according to a statement by the defence ministry in Taipei.

On Monday, Taiwan reported the largest ever incursion by China’s air force at 56 aircraft. The Taiwanese air force scrambled to warn off the intruders, and missile systems were deployed to monitor them.

Taiwan’s President Tsai Ing-Wen has warned of “catastrophic consequences” for peace in Asia should it fall to China in an essay published in the Foreign Affairs magazine on Tuesday. She also vowed Taiwan would do whatever it takes to defend itself.

Taiwan Premier Su Tseng-chang also said his country needs to be on alert for China’s “over the top” military activities that violate regional peace.

Such intrusions also raise the morale of the Chinese people and fuel nationalism during the week-long National day celebrations, known as “Golden Week”, according to analysts.

“A show of force or harassment of Taiwan on the occasion of China’s National Day or even extending possibly to the ‘Golden week’ holiday for nationalist propaganda purposes is very plausible,” Adrian Ang U-Jin, a research fellow at the S. Rajaratnam School of International Studies at Nanyang Technological University in Singapore, told The Independent.

On the other side of the strait, ordinary people in Taipei think such belligerent moves by China are perplexing and aim to turn them into hostages to the constant fear of war.

“The threat has grown over time with China’s increased military capacity. It’s important to remember the psychological impact that this has on Taiwan’s population. It’s a little like the threat of nuclear war of the Cold War,” Dafydd Fell, Director of the SOAS Centre of Taiwan Studies, said.

The incursions were also widely seen as a move by Beijing to punish Taipei for its push to position itself as a legitimate East Asian power in its own right.

“It’s evident that the world, the international community, rejects such behaviours by China more and more,” Taiwan’s premier, Su Tseng-chang, said on Saturday.

On Thursday, one day before triggering the massive incursions, China’s Taiwan Affairs Office slammed Wu’s statements and labelled him a “diehard” supporter of Taiwan independence who spread “lies”, and called him a ”shrilling” fly, evoking a quote by China’s revolutionary leader Mao Zedong in 1963.

The US, Taiwan’s closest ally and arms supplier, chided China’s military moves on Taiwan, describing them as “provocative” actions. The White House said it carried out private discussions through diplomatic channels about the situation.

Australia and Japan, both members of the US-led Quad alliance, urged China to end its military threats.

China has previously said such flights are aimed against “collusion” between Taiwan and the United States.

Analysts think Wu’s overtures were a motivating factor behind Bejing’s recent escalation, as his latest visit to the US seemed to have instigated Beijing’s fury and prompted China’s People’s Liberation Army (PLA) to raise the stake of a possible war.

Last month Wu headed a delegation of high-profile Taiwanese officials in a series of sensitive meetings with US counterparts in Annapolis, Maryland. The annual meetings, traditionally held in secret to avoid enraging China and known as the “Special Channel”, marked the Biden administration’s first engagement in high-level, in-person negotiations with Taiwan’s government.

Beijing considers such an outcome a threat to its “sovereignty and territorial integrity” and violates the “one China” principle. The CCP says Taiwan is a breakaway Chinese province and vows that its annexation is inevitable, by force if necessary.

Last month, President Xi Jinping reportedly turned down Biden’s request to hold an in-person summit, urging the US to change its policies towards his country first.

This came amid deep frustrations in Beijing as the US diplomatic and military propositions in the Indo-Pacific to “contain” China’s rise, as Chinese analysts put it. Last month’s Aukus agreement between the US, the UK and Australia to supply Canberra with nuclear-powered submarines largely confirmed China’s fears.

The agreement will probably be much to China’s regret as it is expected to upgrade Australia’s position as a bulwark against China’s growing influence in the Indo-Pacific.

While Taiwan has not made official requests for military assistance from the western alliance in the face of China’s constant show of force, Joseph Wu urged Australia to increase intelligence sharing and security cooperation with his nation.

The repeated incursions aim to set a “new normal” across the Taiwan Strait and show Beijing’s resolve against the growing western military presence in the China-claimed South China Sea. But a minimal number among these forays are, in fact, conducted at a large scale. And each one of them followed a significant bid by Taiwan and the US to upgrade their bilateral relations.

Last April, for example, China’s air force conducted a large-scale flyover near Taiwan’s coasts in response to the US Secretary of State Anthony Blinken’s warning that it would be a “serious mistake” if Beijing followed on its pledge to take Taiwan by force.

Before October’s missions, China’s largest flight, with 28 military aircraft, happened in June shortly after the G7 leaders issued a statement emphasising “peace and stability across the Taiwan Strait”, a move China condemned as a “foreign interference” in its “internal affairs.”

September 2021 was a record-setting month for the PLA Air Force incursions into Taiwan’s ADIZ, including 30 incursions and around 116 sorties. Over the course of these past four days alone, the PLAAF has carried out six separate incursions totalling 149 sorties – or 125 per cent of the sorties carried out in September, according to Ang U-Jin.

After the end of China’s “Golden Week”, Taiwan, on 10 October, will celebrate the 110th anniversary of the Republic of China, the official name of Taiwan since Chiang Kai-shek fled with his nationalist forces to the island after their defeat at the hands of the Communists in 1949.

China doesn’t trust Tsai Ing-Wen and thinks her ruling party, the Democratic Progressive Party, is the driving force behind Taiwan’s bid for independence. With the Biden administration’s focus on democracy and human rights as central themes in the US approach in the Indo-Pacific region, Beijing fears the government in Taipei sees momentum for changing the status quo as an unrecognised state living in China’s shadow.

The recent extensive military pressure is seen as a shot across the bow to warn Taiwan against sudden changes to its position.

“It is possible that Beijing is stepping up the incursions as a warning to President Tsai (or the US) not to use the 110th-anniversary occasion to do something provocative – like changing the name of Taiwan’s representative office in Washington,” Ang U-Jin said.

Hours before the huge incursions on Monday, it had been reported that the aircraft carrier HMS Queen Elizabeth entered the disputed South China Sea, which China claims to be its territorial waters. This indicated that the British flagship’s joint exercise with the US carriers, USS Carl Vinson and USS Ronald Reagan, is perhaps another precipitator of China’s “bullying” of Taiwan. “The profile of the formations used by China’s army look very much like those for a maritime strike,” Ang U-Jin stressed.

After Wu’s return to Taipei, Taiwan has shortly applied to join the Comprehensive and Progressive Agreement for Trans-Pacific Partnership (CPTPP), a major trade agreement abandoned in 2017 by President Trump, less than a week after China formally announced its own bid for membership. The US withdrawal forced Japan to take up the leading role among member states and successfully fend off its disintegration.

A source told Reuters that the start of China’s activities might also be deliberately timed as “intimidation” before Japan unveiled a cabinet under new prime minister Fumio Kishida. Kishida unveiled his Cabinet earlier on Monday.

But despite his bellicose policies and rhetoric since he became the party secretary and China’s president in 2013, Xi Jinping would still prefer a peaceful reunification with Taiwan. However, his government’s aggressive approach to cross-strait relations and recent steps to decisively extinguish democracy in Hong Kong were not seen by the ordinary Taiwanese as a smart strategy to win their hearts and minds.

“Xi Jinping’s Taiwan policies have been a complete failure. They have failed to win public support, and their main ally, the main opposition party in Taiwan, the Kuomintang, remains in the wilderness after over five years in opposition,” Fell told The Independent.

“Such hardline military threats against Taiwan or the crackdown on opposition in Hong Kong tend to backfire, as they push Taiwan’s public opinion even further away,” he added. 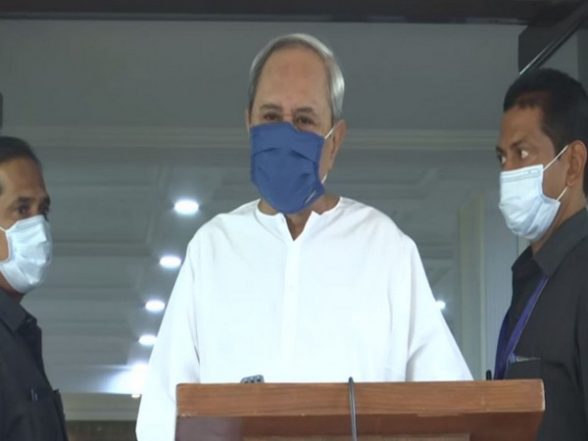 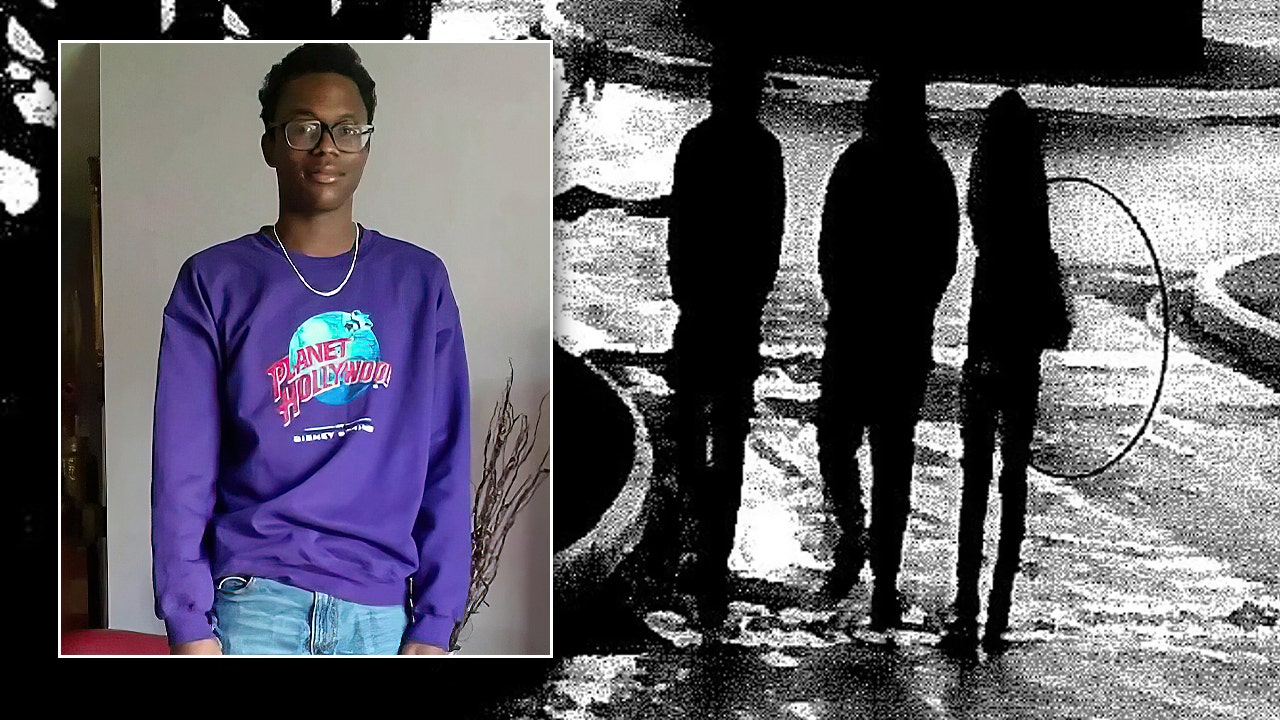