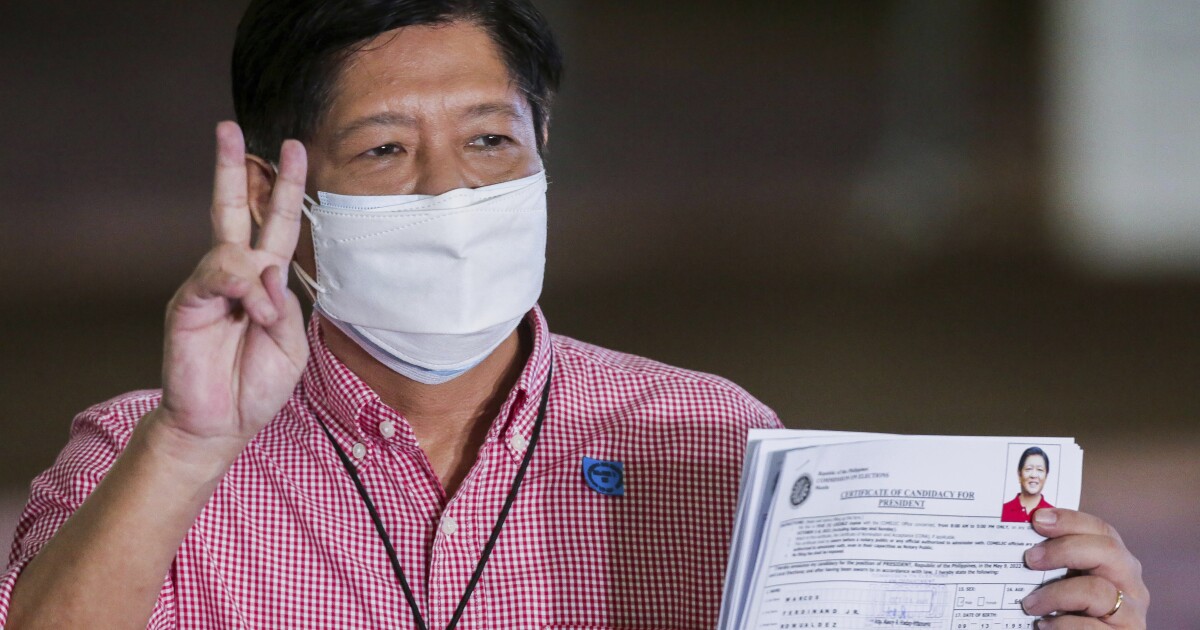 The son and namesake of former Philippine dictator Ferdinand Marcos, who was toppled in a 1986 pro-democracy uprising, registered his candidacy Wednesday for next year’s presidential election, sparking a protest by activists who angrily recalled the widespread human rights atrocities that marked the era of martial law under his late father.

Former Sen. Ferdinand “Bongbong” Marcos Jr. filed his papers with the elections commission, then waved at dozens of supporters chanting his name. The 64-year-old announced his candidacy Tuesday, vowing to unite Filipinos to overcome the challenges of the COVID-19 pandemic. But issues surrounding the Marcoses continue to stoke political divisions more than three decades after his father’s downfall.

More than 100 activists vowed to campaign against Marcos and burned effigies of his father and current President Rodrigo Duterte, an ally of the Marcoses, in a protest at the Commission on Human Rights. They waved placards that read “Never again” and recalled the massive rights violations that took place after Marcos placed the Philippines under martial rule from 1972 to 1981.

“This is like deja vu,” said protest leader Tinay Palabay. “It’s a slap on the faces of the victims of the widespread torture, rapes and disappearances. Some families are still looking for missing martial-law victims until now.”

Palabay said a coalition of left-wing and human rights groups would organize more street and online protests against Marcos’ candidacy and push the Supreme Court to uphold a graft conviction of his mother, former First Lady Imelda Marcos, and ask other candidates not to align with him.

The elder Marcos was ousted in a 1986 army-backed “people power” uprising and died in exile in Hawaii three years later without admitting any wrongdoing, including accusations that he and his family amassed an estimated $5 billion to $10 billion while he was in power.

Marcos placed the Philippines under martial rule Sept. 21, 1972, a year before his term was to expire. He padlocked Congress, ordered the arrest of political opponents and ruled by decree.

A Hawaii court found Marcos liable for human rights violations and awarded $2 billion from his estate to compensate more than 9,000 Filipinos who filed a lawsuit against him for torture, incarceration, extrajudicial killings and disappearances.

Imelda Marcos and her children were allowed to return to the Philippines in 1991, and have since made a political comeback, winning seats in Congress and powerful provincial posts and laying the ground for a return to the presidential palace and the top job they felt was stolen from them.

The younger Marcos is the latest to join the race to succeed Duterte, who himself has been in the crosshairs of human rights groups for a brutal crackdown on illegal drugs that has left thousands of suspects dead. Sen. Panfilo Lacson, a former national police chief who also was tough on crime, registered his candidacy Wednesday. Retired boxing star Manny Pacquiao and Manila Mayor Isko Moreno have signed up for what is expected to be a crowded and hostile campaign.

Vice President Leni Robredo, who leads the opposition, is expected to announce her candidacy Thursday after talks failed among leading politicians to unite behind a single candidate against whomever Duterte and his ruling party endorse to succeed him.

Marcos narrowly lost to Robredo in the 2016 vice presidential race and then unsuccessfully contested alleged elections irregularities. Robredo has criticized his refusal to apologize and express remorse for the abuses under his father’s dictatorship and has said she is ready for a new faceoff.

Previous After Taliban takeover, CA students still in Afghanistan
Next Huntington Beach oil spill: Yet another disaster to teach us 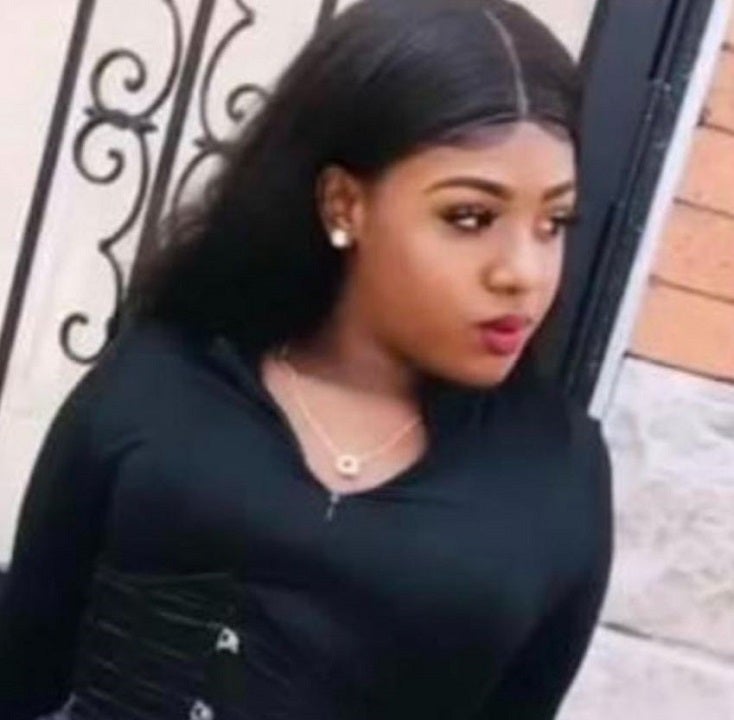