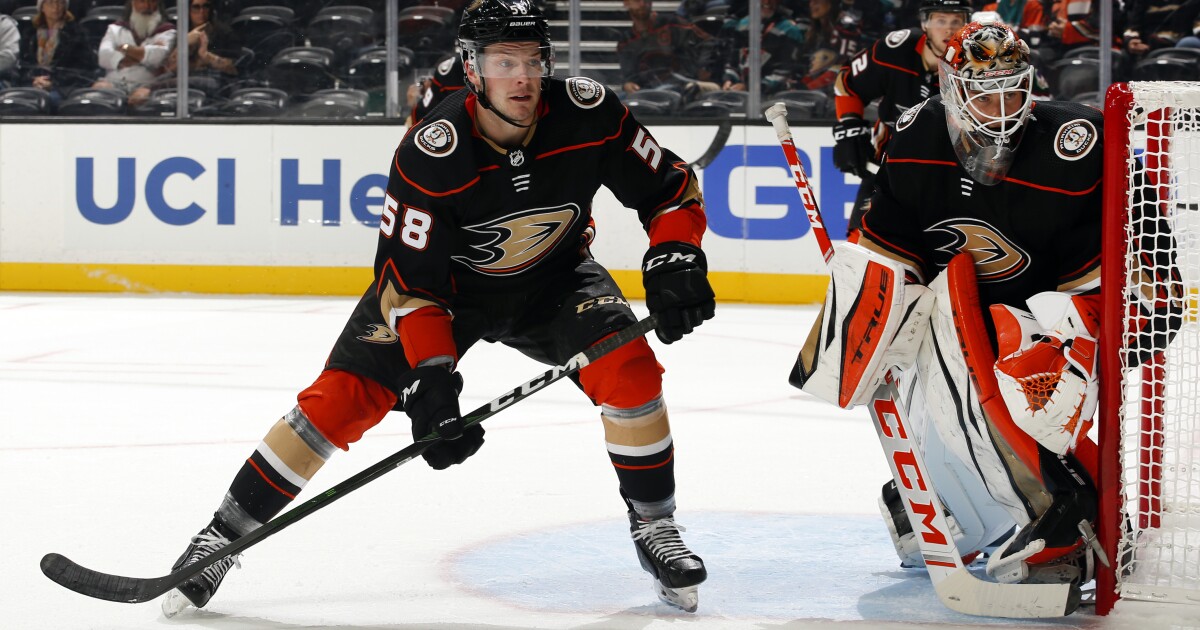 Based on his medical history, Brogan Rafferty shouldn’t be competing for a spot among the Ducks’ top six defensemen as training camp winds down and their roster begins to take shape.

Rafferty, 26, was born with amblyopia. It’s commonly called “lazy eye” and it has left him legally blind in his right eye. When he was young his parents had him wear an eye patch on his strong eye to force his brain to use his weaker eye, but it didn’t work. Now, he’s distinctive on the ice not because of what he can’t see but because of all the clever things he can do.

“Probably over half the people here don’t know about my eyesight,” he said after a recent practice at Great Park Ice in Irvine. “I don’t walk around telling people. It just comes up organically sometimes, if they’re talking about contacts or glasses, people will ask, ‘What’s your prescription?’ I’ll say, ‘It’s pretty bad.’ I don’t like telling anyone, either. I don’t want anyone to think of me differently or try to handicap me in any way.”

Rafferty, who signed a one-year deal with the Ducks as a free agent in July, probably shouldn’t be able to stand up straight much less skate fast, befuddle opponents with his one-on-one skills and be a catalyst for his team’s offense by moving the puck up ice swiftly and creatively.

As a boy in West Dundee, Ill., west of Chicago, Rafferty was diagnosed with scoliosis, a sideways curvature of the spine that can cause deformities and severe pain. He was fortunate he didn’t need surgery, as is sometimes the case.

“I was told I wouldn’t be able to play hockey at a competitive physical level when I was around 13,” he said, “but here we are now.”

Rafferty asks no favors and needs none as he tries to win a job with the Ducks, who could benefit from the mobility and smarts he showed while running the power play and scoring 45 points in 57 games for the Vancouver Canucks’ top minor league team, the Utica Comets in New York, during the 2019-20 season.

Ducks coach Dallas Eakins said Rafferty, who shoots right-handed, was in the mix for one of two or three potential openings. Rafferty made it through a round of cuts Monday and if he doesn’t crack the top six to start the season, he’d likely be among the first-tapped reserves.

“He’s out there playing with half the eyesight that you and I are privileged to have and he goes about his business like nothing’s wrong,” Eakins said. “And nor is he walking around telling anybody or using it as excuse. There’s been zero of that. And the other thing, there’s been zero of that with his former teams, too.

“This is one of these guys that, man, you’re always so impressed by them. You’re inspired by them and boy, you cheer hard for them.”

Rafferty was pleased to hear Eakins’ praise but doesn’t consider himself special. “I have overcome a lot of adversity,” Rafferty said, “as have a lot of the guys here.”

Rafferty began playing roller hockey after his grandfather, who was caring for him while his parents were on vacation, signed him up to play at a local roller rink. He wore glasses then and kept them when he made the transition to the ice at about 7 or 8 years old, not switching to contacts until he was 11 or 12.

He played three years at Quinnipiac University in Hamden, Conn., but wasn’t drafted by an NHL team. He signed as a free agent with the Canucks and made his NHL debut in the 2018-19 season. “A dream come true,” he said. “And then was in Utica my entire first year. I had a successful year in my eyes. The season unfortunately got cut short for COVID. Kind of took some momentum away.”

He was on the Canucks’ taxi squad for the 2020-21 season and was in the NHL’s Edmonton playoff bubble but played only one regular-season game. The Ducks are giving him a fresh start. He’s seizing the chance.

He can’t explain how he’s able to play at a high level despite his compromised vision. Nor can he explain what he does when the puck is on his right or at his feet. “I don’t know. It’s just instinctual for me. I’ve just learned to cope with it and carry on,” said Rafferty, who plans to help the Ducks promote their Blind Hockey program.

“My vision was something I was born with, so I’ve never really known anything differently. I’ve never known what it’s like to have perfect vision. I hear stories about how great it is. I don’t think too much about it. I just deal with it. I tell myself no one cares about my eyesight. They’re going to play me the same way as they would anyone else, so don’t make it an excuse.”

Many NHL players have succeeded despite impaired vision. Willie O’Ree was blinded in his right eye in junior hockey but never told anyone the extent of the injury and didn’t take an NHL eye test. Center Carl Soderberg had blurred vision in his left eye after he was struck by a stick but had a respectable nine-season NHL career. Right wing Mike Gartner set an NHL record for most 30-goal seasons (17) and scored 708 goals in a Hall of Fame career while concealing he had been born with amblyopia in his right eye. His only concession, he said later, was asking not to play on the left side.

So there’s room for Rafferty to make a name for himself — in more ways than one.

In 2012 an Ohio teenager also named Brogan Rafferty was sentenced to life in prison with no chance for parole for his part in what was called the Craigslist murders, in which three men were killed and another wounded after being lured to meetings with phony job offers. An Ohio TV station used a photo of the hockey-playing Rafferty with its story. “That caused a bit of a panic,” he said. “My parents were freaking out more than I was.”

He got an apology from the TV station and a promise the video would be erased from the internet. But the stories live on. “I always say that since then my motivation was when you were to Google ‘Brogan Rafferty’ it would come up as hockey rather than Craigslist murderer. So that’s good motivation,” he said, clearly seeing humor in adversity with a grace that should carry him far in hockey and beyond.

Previous Amitava Kumar on “A Time Outside of Time,” Facebook, Trump
Next Sports News Bills vs Chiefs: Can Patrick Mahomes and the Chiefs avoid the Super Bowl hangover? 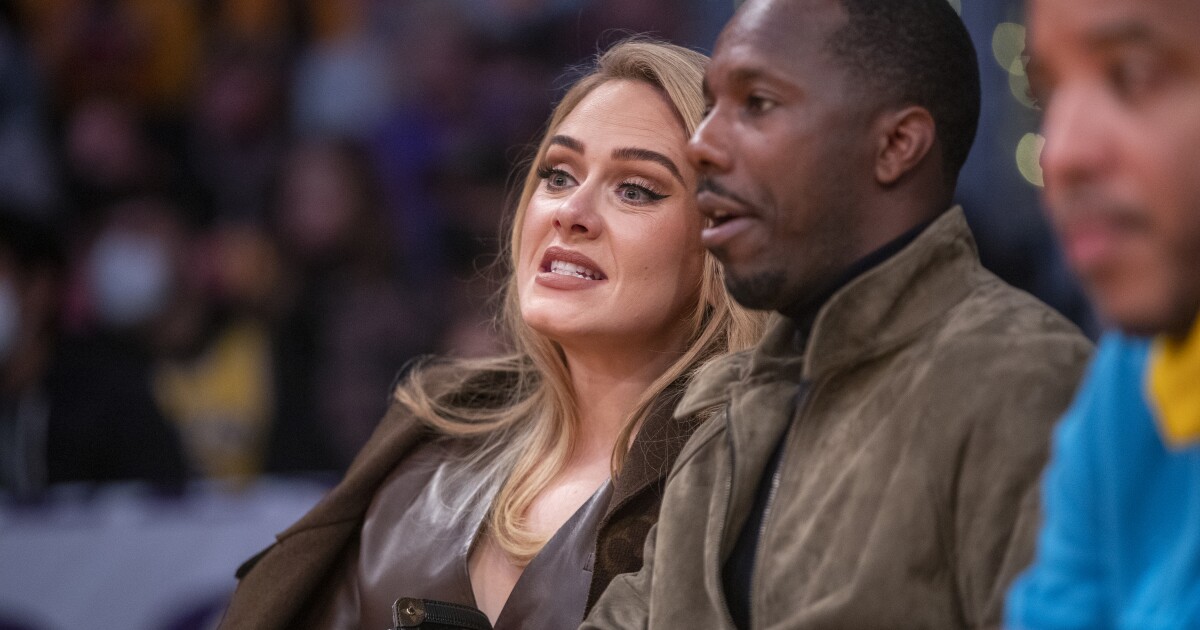 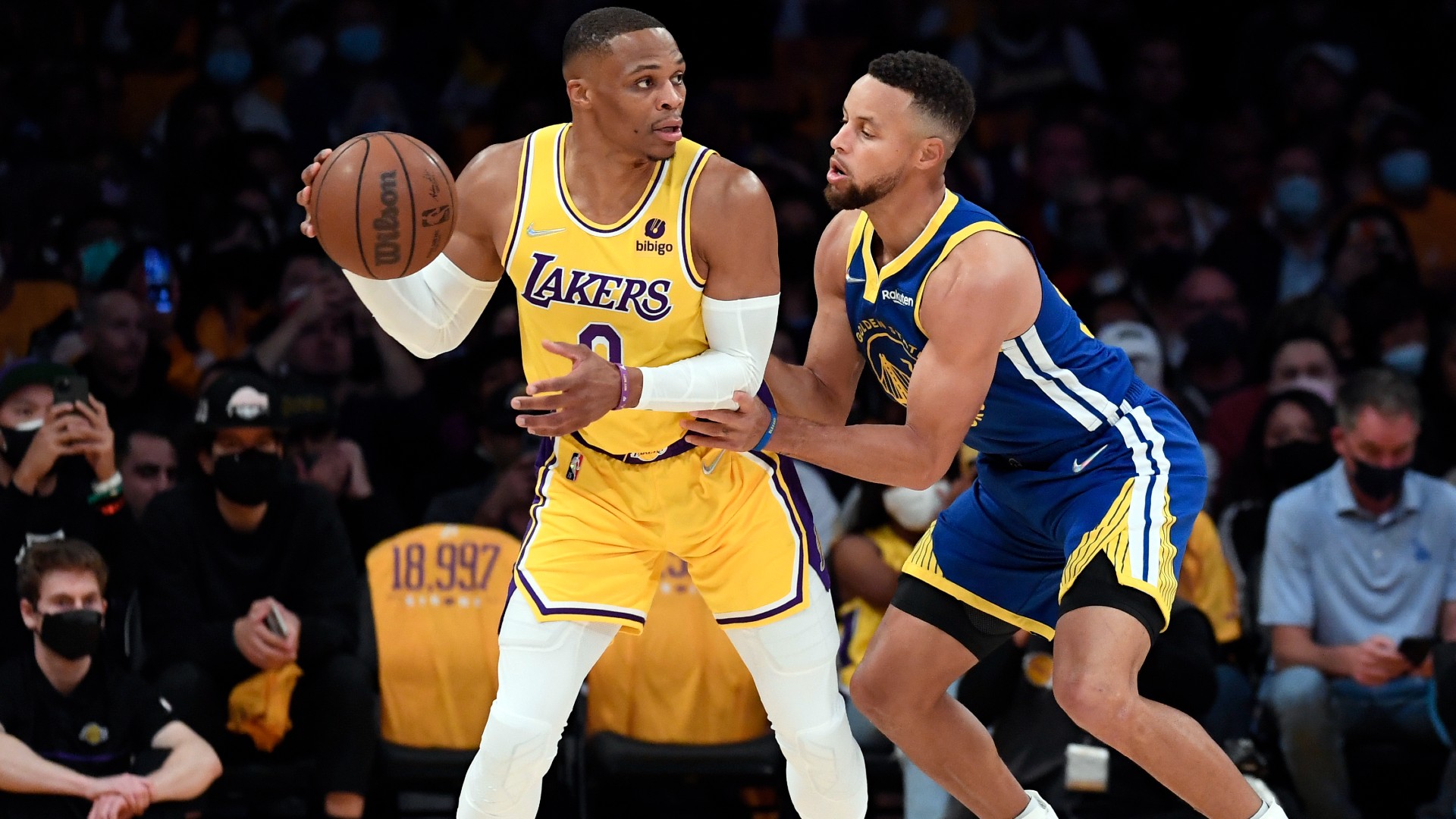