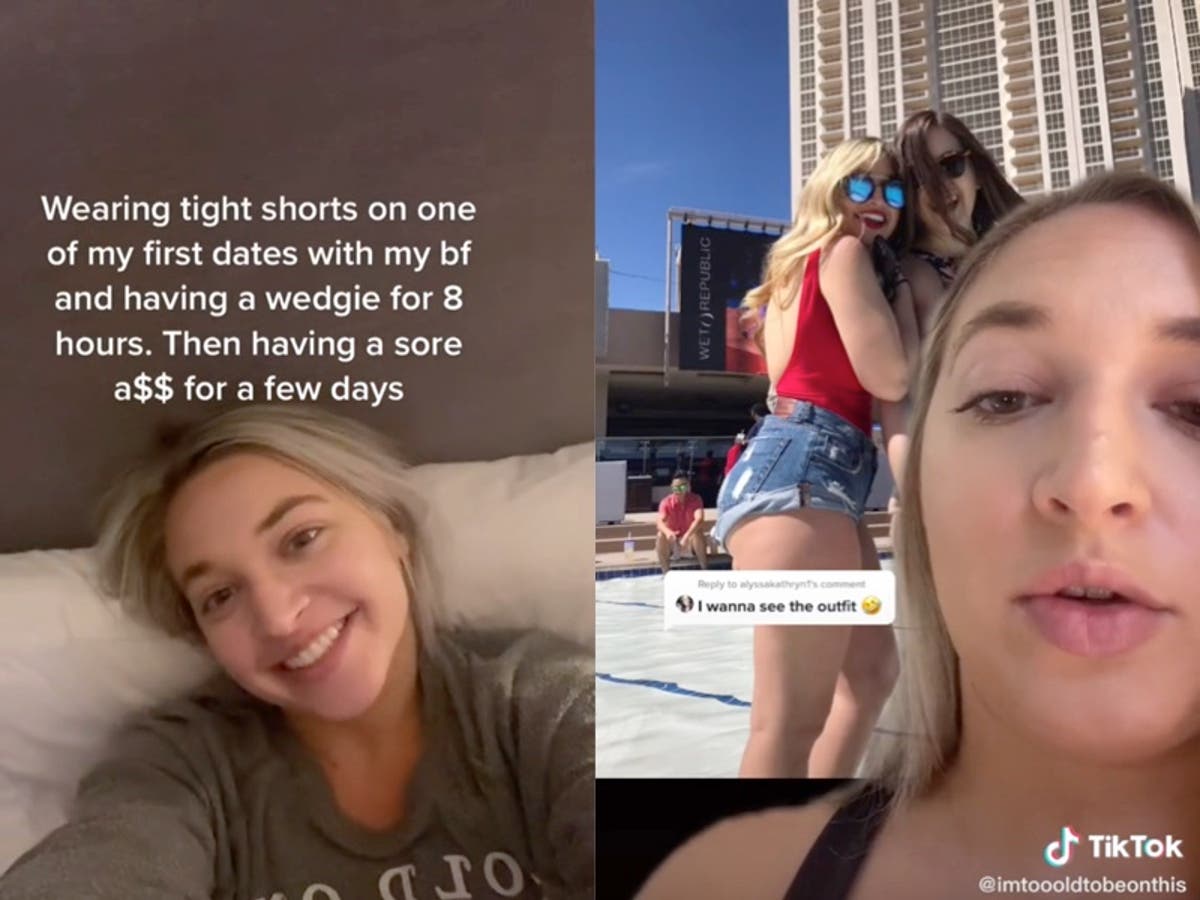 A woman has gone viral on TikTok after revealing that she was hospitalised with sepsis and cellulitis after wearing jean shorts that were too tight and gave her a wedgie.

Last month, Sam, 25, from North Carolina, who goes by the username @imtoooldtobeonthis on TikTok, shared her story in a video to the platform, where she revealed that the health issues began as a result of having a “wedgie for eight hours” during a date three years ago.

“Wearing tight shorts on one of my first dates with my boyfriend and having a wedgie for eight hours. Then having a sore a** for a few days,” Sam began the video, before recalling how she began to feel sick after a few days and decided to go to the doctor, at which point she was given antibiotics for a “possible ‘skin infection’” in the portion of her bottom.

However, according to Sam, the antibiotics didn’t help, as she said the next day she was feeling “awful,” was in the “worst stabbing pain” and couldn’t walk, so she went to the emergency room.

Speaking to BuzzFeed, Sam recalled how a large bump had appeared where the chafing from her outfit had occurred, and that “as time went on, it started becoming more painful” and the “pain was isolated to one spot and it felt like a throbbing, stabbing pain”.

“Gets admitted to the ICU and doc says I have sepsis and cellulitis,” Sam continued in the TikTok. Sepsis, which can be life-threatening, occurs when the “body’s response to an infection damages its own tissues,” according to the Mayo Clinic, while cellulitis is “potentially serious bacterial skin infection” that can cause swelling and pain.

“I was shivering, very breathless, could not walk and had extreme body aches,” Sam told the outlet. “They admitted me to the ICU, and that’s when I realised this was a bit more serious than I had anticipated.”

In the video, Sam then recalled how she had to spend a week in the intensive care unit, where doctors informed her that they may have to remove the infected part of her backside through debridement surgery, and that she “constantly” had to “show [her] a** to doctors everyday”.

According to the 25-year-old, she ended up not having to undergo surgery, but joked that she “did endure trauma” of her mother taking selfies of her while she slept in her hospital bed, which she then proceeded to show in the TikTok.

In a follow-up video, Sam showed the jean shorts that she had been wearing on her date and noted that she had also been wearing boy short underwear, which had contributed to her wedgie throughout the day. While she said she “picked” the wedgie, the clothing choice ultimately ended up chafing her skin.

Sam’s video has since been viewed more than 8.1m times, with many viewers sharing their fear over the story, while others revealed that they have experienced similar issues as a result of clothing.

“Glad to know I’m not the only one who got chronic and dangerous cellulitis from a piece of clothing,” one person commented.

Another said: “This happened to me because I wore spandex everyday for weights and soccer in high school. I’m glad I’m not the only one.”

And while Sam said her doctors couldn’t confirm that her shorts and underwear riding up and causing a wedgie was 100 per cent the cause of her medical issues, she told BuzzFeed it seemed to be the only logical explanation.

As for why Sam shared her story, she told the outlet that she did so because she thought it would be funny and because it “reminds people that we’re all human and experience weird stuff, and it’s nothing to be ashamed of”.

“Most people were shocked that this could happen, BUT I was extremely surprised at the amount of people saying the same thing happened to them too!” she said. “I’m happy I made the TikTok, and although it’s extremely scary to have one of the most embarrassing things that has ever happened to me on the internet, it reminds people that we’re all human and experience weird stuff, and it’s nothing to be ashamed of.”

She also revealed that her date visited her in the ICU and that they are still together three years later.

Previous Live: MLB’s Wild-Card Game Is Loved and Loathed
Next Amazon Great Indian Festival 2021: Get Kitchen Chimneys For Up to 60% Off

Here Are 5 Reasons To Add Nuts To Your Diet 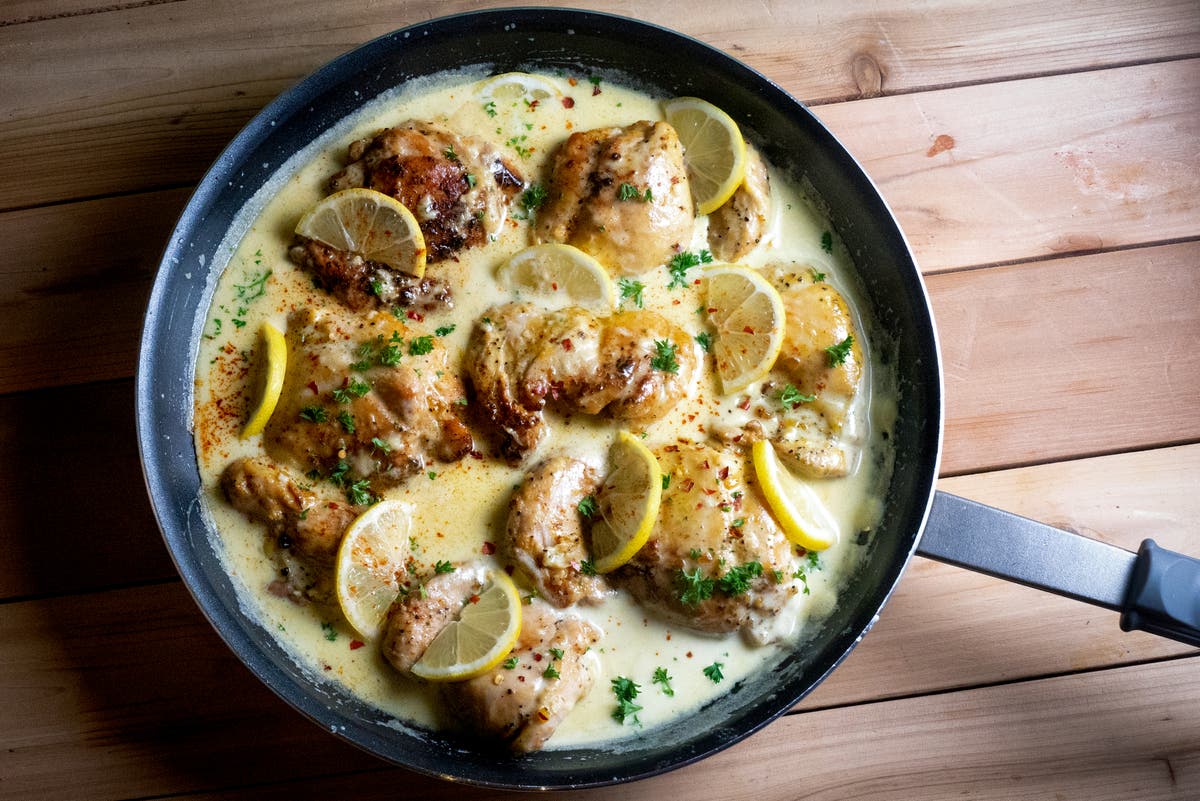 “Fluid bonding” is a relatively new term for uprotected sex, but experts warn it carries …