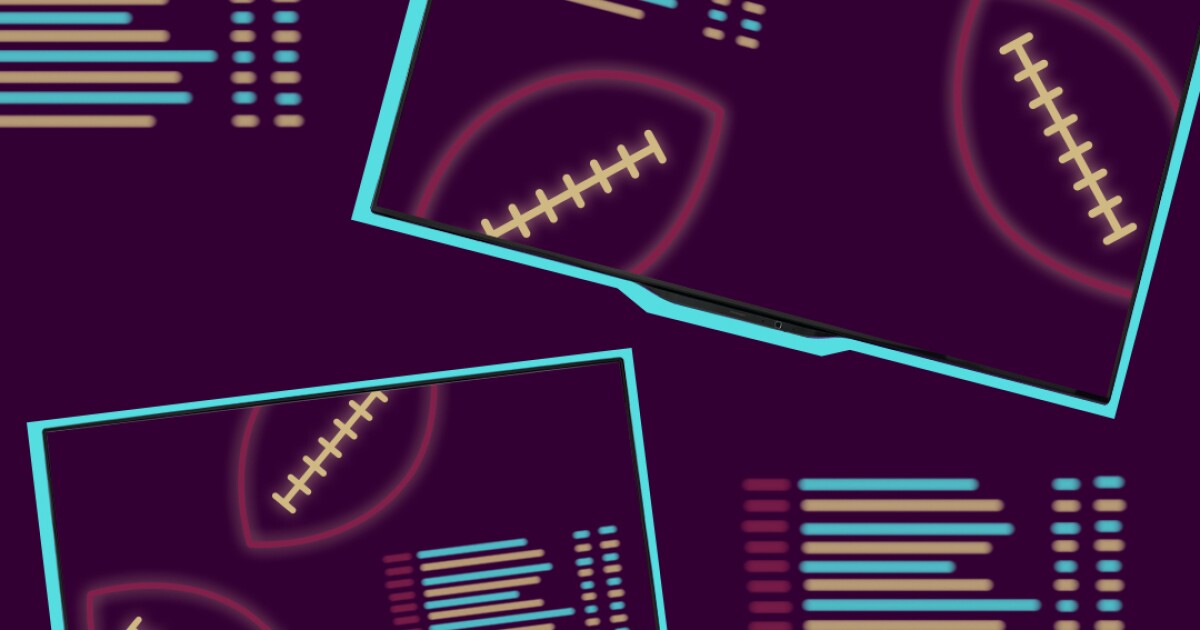 This is the Oct. 12, 2021, edition of The Wide Shot, a weekly newsletter about everything happening in the business of entertainment. Sign up here to get it in your inbox.

A couple years ago, British television was forced to confront its sports gambling problem. Or, more precisely, its betting advertising problem.

Audiences in the U.K. were inundated with ads for wagering. Public pressure to control the deluge reached a point at which the nation’s biggest gambling companies voluntarily agreed to a so-called whistle-to-whistle ban on gambling commercials during live sports broadcasts.

U.S. sports leagues and the major media companies want to avoid that scenario. Executives are well aware of the potential for oversaturation and backlash as legal gambling spreads throughout the nation after the Supreme Court’s 2018 decision allowing states to legalize betting on games.

“I remember I was actually in London four years ago watching golf in the gym, and in a four-ad pod it was either 100% or 75% that were sports betting ads, because they could afford to out-pay every other ad company,” the National Football League’s chief strategy and growth officer Christopher Halpin told me in a Zoom call from the U.K. last week.

You know something’s serious when an exec in charge of growth feels the need to slow growth down.

The NFL imposes strict limits on the number of ads sportsbooks can purchase during the games — six, including one per quarter and one during pregame and halftime. Sports media executives tell me they’re sensitive to the potential for pushback on sportsbook overload.

At the same time, the ascendance of sports wagering is a highly lucrative source of ad revenue for media companies including Disney’s ESPN, Fox Corp. and ViacomCBS, as Stephen Battaglio and I wrote Monday.

When I turn on a Rams game or the Dodgers’ series against the San Francisco Giants, the number of call-outs to DraftKings, FanDuel and the like are definitely noticeable. Sports betting firms are desperate to gain market share, and to achieve it, they’re spending like they just won the jackpot.

You might think anti-gambling advocates and bearish Wall Street analysts would be arguing that the market is entering “bubble territory.” In fact, it was the chief executive of FanDuel, Amy Howe, who proffered that argument in a recent CNBC interview.

Contessa Brewer, CNBC: It was interesting that you said that this chase for U.S. players in this sport market is entering bubble territory. Can you explain what signs, what warning signs are you seeing there?

Howe: All you need to do is watch an NFL game to see just how intense that battle is for acquisition. I mean, we’ve had eight to nine more states that are going to be coming online, and so we are in a really critical window right now and the first half of the year we spent $300 million in marketing. We’ve spent $1 billion to date. So I think there is only a certain number of companies that are going to be able to sustain that level of spend, but we think the real battle is also ultimately going to be won on the product front.”

Media companies are more than happy to take the ad dollars.

Ex-CEO Bob Iger appeared to distance the Disney brand from sports betting as recently as 2019, but his perspective on the issue has shifted with the times, as well, according to people familiar his thinking.

ESPN still isn’t all-in on the sports betting industry. I’ve heard plenty of people suggest that this could partly reflect a cultural issue. Doesn’t gambling go against the family-friendly Disney brand? Fox Corp., which, in contrast, lacks the same cultural dissonance with the gambling world, has invested more directly: through the Fox Bet product it launched with the Stars Group.

ESPN is also the cable home of UFC, so the motivation is probably driven more by business considerations than moral pearl-clutching. Becoming a sportsbook and actually facilitating wagers is a risky business that Disney seems happy to leave to the startups.

Disney can take the sportsbooks’ ad money, make shows that incorporate wagering into its content lineup and even license its brand to sports betting companies. Just not too many ads, OK?

— It’s official. Disney veteran Alan Horn, who joined the company as the movie studio’s chairman in 2012, is retiring amid the company’s broader changing of the guard.

— ‘Simpsons’ marathon, anyone? Rivals mercilessly insulted Fox. Now it’s a lesson in how to launch a TV network, so sayeth our TV team.

— Burnout? What burnout? With the IATSE strike vote, film and TV crews are saying what is on a lot of other workers’ minds, writes Mary McNamara in her column.

Number of the week

The $56-million domestic box office debut of “No Time to Die” was within the range of what MGM/United Artists Releasing expected for Daniel Craig’s swan song as James Bond.

But because of the film’s estimated $250-million production budget (excluding marketing) and the hype leading up to its release, the opening weekend results felt a little underwhelming, at least for the U.S. and Canada. Internationally, the movie has generated $257 million in ticket sales so far for a global total of $313 million.

Why didn’t the 25th Eon-produced Bond movie do better in North America? For one thing, there’s finally real competition at multiplexes, with Sony’s “Venom: Let There be Carnage” having just been released to big numbers. “Halloween Kills” and “Dune” are to follow.

However, if we weren’t still in the post-pandemic mindset, this wouldn’t really be considered an unusual level of crowding.

Another theory is that the Bond franchise tends to appeal to older crowds, an audience that is more hesitant to return to theaters.

Some quick stats on the “No Time to Die” audience:

David A. Gross of consultancy Franchise Entertainment Research says in an email: “Bond still has a strong following among 35+ and baby boomers — this was their best showing since the pandemic, by far. The franchise is 60 years old, but its connection to the younger crowd does not run as deep. For younger moviegoers, superhero and hard action movies are now. It’s natural and to be expected.”

When I saw “No Time to Die” Sunday night (at the TCL Chinese Theatres in Imax, which I wholeheartedly recommend), it struck me just how long Bond has been with us as a franchise, and specifically how long Daniel Craig has been in the role. Consider that Craig first appeared as the superspy in “Casino Royale” in 2006, and that was almost two years before Marvel’s first “Iron Man.” Entire cinematic universes have been created and destroyed since Craig ordered his first martini as Bond.

Since “Dr. No,” just about every action film franchise has borrowed from the 007 template. The “Fast & Furious” series, the Marvel movies, the latest “Mission: Impossible” flicks and “John Wick” all owe a giant debt to Bond. There’s not exactly a shortage of international men (or, increasingly, women) of mystery. It may not necessarily be that the box office is especially competitive right now. It’s that the studios are all competing with similar types of movies.

Weekly shoot days in the Los Angeles area are now consistently up over 2019, the pre-pandemic era, according to data from FilmLA. Meanwhile, negotiations between IATSE and producers continue. Here’s Anousha Sakoui and Stacy Perman’s latest on reasons for the industry’s labor strife.

More stories from the week

— Hollywood gabs about the jab. Without mandates to get a shot, some film and TV sets have been thrown into chaos as A-list holdouts have caused work stoppages. (THR)

— Beat this, Ted Lasso. It’s been a year since Rob McElhenney and Ryan Reynolds completed their surprise $2.5 million takeover of soccer club Wrexham. How a Hollywood makeover breathed new life into the Welsh soccer club. (AP)

I recommend my colleague Daniel Hernandez’s assessment of the Spotify podcast “Loud: The History of Reggaeton.” Read Hernandez’s piece about how the show and its host Ivy Queen got the genre right. 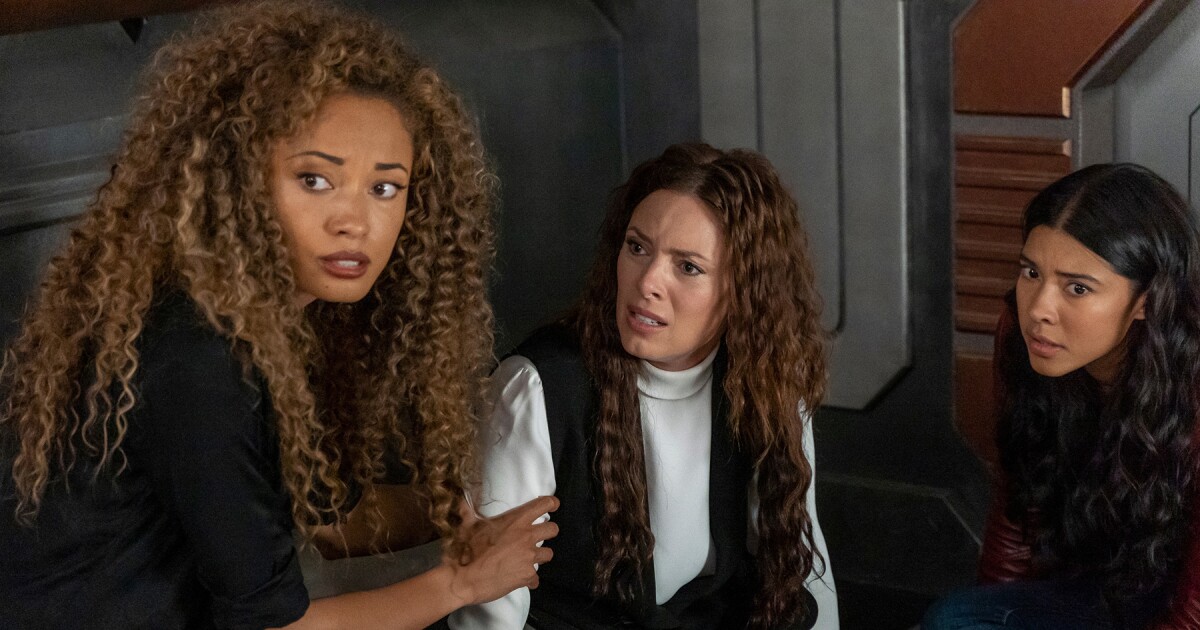 What’s on TV Wednesday: ‘DC’s Legends of Tomorrow’ on The CW 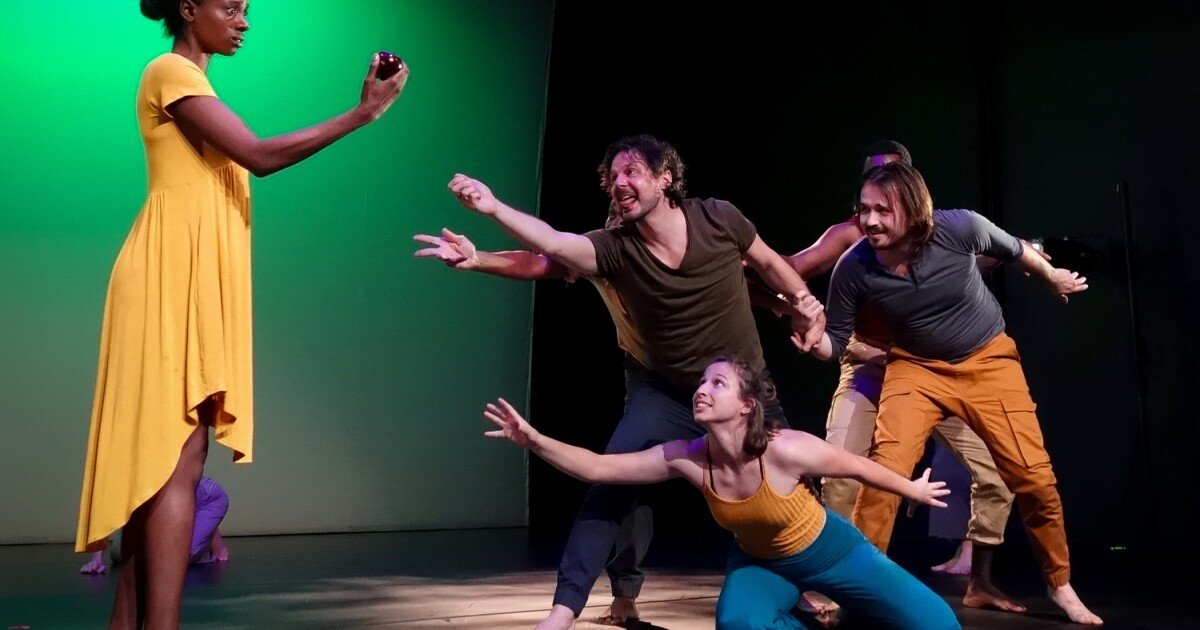 EXCLUSIVE: Cinematographer Halyna Hutchins would be shocked and “angry” about her death occurring on a …