Rapper Tyga self-surrendered to the Los Angeles Police Department on Tuesday morning after his ex-girlfriend accused him of assaulting her.

Tyga, whose legal name is Michael Stevenson, turned himself in to the Hollywood division at about 9 a.m. PT regarding a felony domestic violence allegation, the LAPD confirmed to NBC News. The rapper was being held on a $50,000 bail and was released Tuesday afternoon, according to booking records.

His representatives did not immediately respond to a request for comment from NBC News.

TMZ initially reported Monday that Tyga’s former girlfriend, Camaryn Swanson, showed up to his home “belligerent,” citing unnamed sources. Swanson then disputed the report on her Instagram story, saying she did not yell and alleged she was invited over.

Swanson, who said she was ashamed that it came to this, showed a screenshot that allegedly showed Tyga sent a car for her to come over. She alleged that “he physically assaulted me and refused to let me leave.”

She also posted a photo of herself with what appeared to be a black eye, tagging TMZ in the photo.

“I’ve been emotionally, mentally, and physically abused and I’m not hiding it anymore,” she wrote. Representatives for Swanson did not immediately respond to a request for comment. 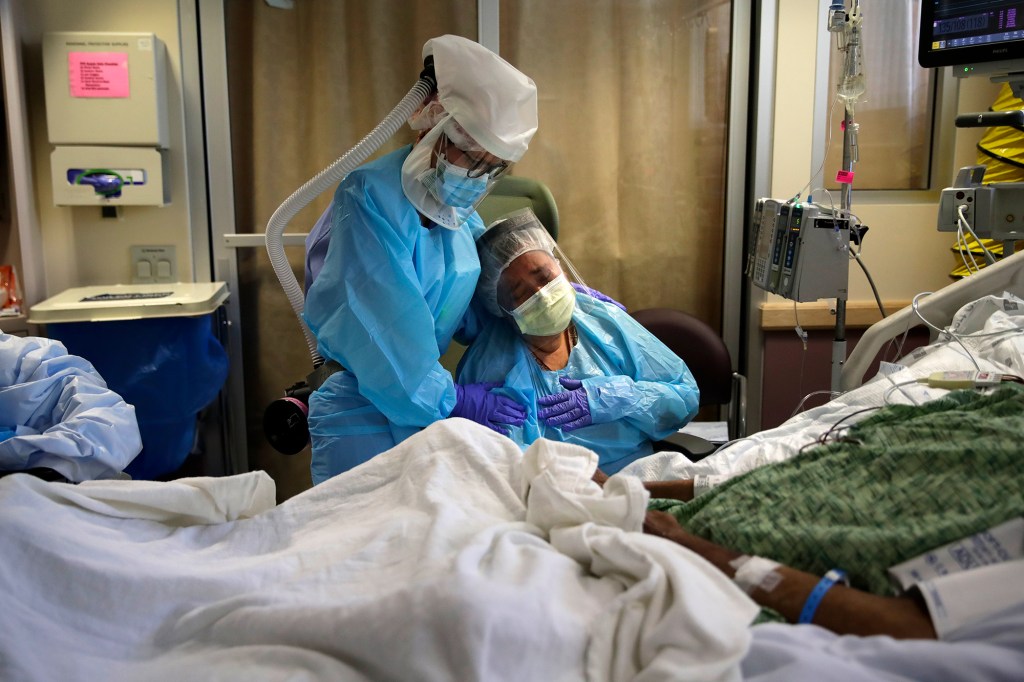 Hospital staffing shortages due to COVID-19 vaccination disputes have continued across the U.S. this month, leaving patients untreated amid …