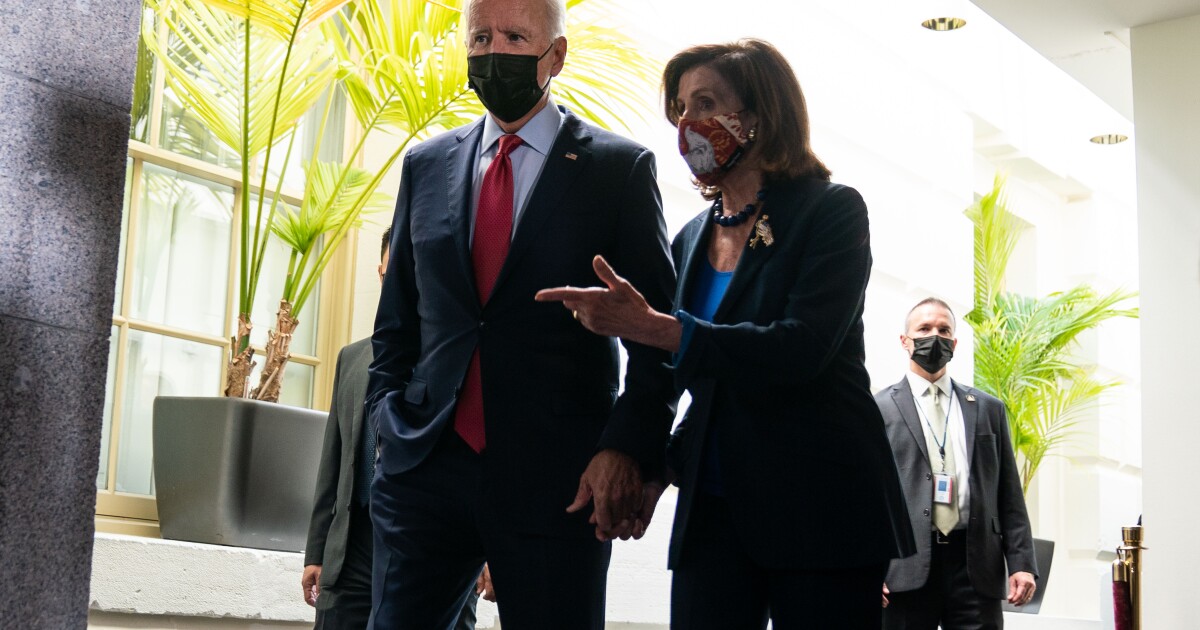 The most glaring flaw in media coverage of Washington is that it focuses heavily on process and seldom on substance. That’s certainly been the case with coverage of the Build Back Better Act, the comprehensive reform package now being dickered over on Capitol Hill.

If you’re following the debate via the news, you probably have heard about the measure’s overall price tag, most often placed at $3.5 trillion; the media aren’t always careful to specify that that’s the estimate of spending over 10 years.

You may also have read, in eye-glazing detail, about the negotiations taking place to reduce the costs, mostly among Democrats, and the numbingly technical debate over whether it can be passed by “reconciliation” or will be vulnerable to a GOP filibuster, etc., etc.

Paid leave could be Democrats’ Social Security for the 21st century: a highly visible program that…responds directly to work and care challenges that disproportionately confront Democratic voters yet are universal to working families.

What you may not know as much about is what’s actually in the act — in other words, what all that spending will pay for. That’s important because thanks to the way Washington is covered, Americans tend to turn negative about big legislative measures, even though they’re in favor of the individual provisions.

A CBS News/YouGov poll taken this month found that 57% of respondents either didn’t know what’s in the spending plan or have only a general, nonspecific impression; only 10% knew “a lot of the specifics.”

So we’ll fill you in. What follows is a piece-by-piece rundown of some of the most important provisions of the Build Back Better Act. Not all the provisions, of course — the measure weighs in at 2,456 pages, so a lot in there won’t make it into this column.

A closer look at how the act would remake America’s approach to healthcare, childcare, global warming, education and taxes might show how impertinent the cheeseparing complaints of deficit hawks like Sen. Joe Manchin III (D-W. Va.) are to the goal of making the U.S. economy more responsive to the interests of all Americans, not just the wealthy.

The middle class, working class, children and the medically underserved have been left behind during the last several decades of economic growth. The Build Back Better Act would start to redress the imbalance.

Two provisions of the bill — making enhanced subsidies for purchases of Affordable Care Act health plans permanent, and filling in the gaps left by the refusal of 12 states to expand Medicaid under the ACA — would reduce the ranks of America’s medically uninsured by 7 million, or 25%, in 2022. That’s according to the Commonwealth Fund.

The bill would make permanent the ACA premium subsidy changes enacted in March by the American Rescue Plan, the Biden administration’s COVID relief act. That act eliminated the subsidy cliff of the original ACA, which cut off subsidies for households that earned even a penny more than 400% of the federal poverty level (that is, $106,000 for a family of four this year).

The subsidies were redesigned so no household would have to pay more than 8.5% of its income for a benchmark silver ACA plan. The subsidies were therefore made theoretically available to everyone. Lower-income families would still be entitled to more help: Those earning from 100% to 150% of the poverty line ($26,500 to $39,750 for a family of four) went from a maximum premium of 4.14% of income to a zero premium, for instance.

The COVID relief act also offered Medicaid holdout states greater incentive to expand that program for low-income residents by giving them a 5 percentage-point boost in the federal reimbursement for their traditional Medicaid spending — a sum that would exceed their costs in expanding Medicaid to cover residents earning less than 150% of the federal poverty level, the target population for the expansion. The cost of the expansion program would still be 90% covered by the federal government.

If all 12 holdout states accepted that deal, they’d receive a total of $16.4 billion in federal funds over two years for the cost of about $6.8 billion in expansion. Texas, for example, would spend less than $3.2 billion on expansion but gain more than $5 billion from the increased share.

Republican leaders in the 12 holdout states are still too dense or ideologically addled to have taken the government up on its offer, so the Build Back Better Act tries a different approach.

The act would take the issue out of the states’ hands by creating a new entirely federal Medicaid program to serve the roughly 2.2 million uninsured adults who fall into the gap in non-expansion states — chiefly Florida, Texas, Georgia and North Carolina — starting in 2025. Some 60% of those uninsured adults, by the way, are people of color.

The act would appropriate $75 million over the next three years for education and outreach about ACA plans, reversing actions by the Trump administration that cut that important spending effectively to nothing as part of Trump’s determined sabotage of the ACA.

The measure would also significantly expand Medicare by adding vision, hearing and dental coverage beginning in 2022, 2023 and 2028, respectively.

Medicare members would be eligible for subsidized eye tests and frames every two years and up to two oral exams and cleanings a year, as well as subsidies for treatments up to and including bridges and crowns.

As my colleague David Lazarus has reported, the dental benefits have run into opposition from the American Dental Assn. because it would involve lower reimbursements for dental services than dentists can charge now. Plainly they should stick their objections in their pockets.

The Build Back Better Act would significantly expand government assistance to families with children.

When it went into effect, the credit was seen as a massive step toward reducing child poverty today and increasing mobility out of poverty in the future, as Christopher Pulliam and Richard V. Reeves of the Brookings Institution observed. The credit was the largest component of the COVID act provisions that was projected to cut child poverty nearly in half, to 7.5% from 13.6%, according to an analysis by Columbia University.

The new act would also provide a child-care subsidy for lower-income families — those with 100% of median incomes in their states next year, rising to 130% in fiscal 2024. Individual states would have to sign on to the program and commit to meeting federal standards, which include Head Start program performance standards set by the Department of Health and Human Services.

The act would also guarantee 12 weeks of paid family and medical leave per year, starting in mid-2023, for families welcoming a new child by birth, adoption or foster care, or caring for a seriously ill or injured family member.

This proposal would end America’s status as the only developed country without a national standard of paid family or medical leave. (Federal law requires some employers to offer unpaid leave, but only about half the workforce is eligible. Only about 1 in 5 workers receives any paid family leave from their employers.)

Some advocates see the family leave provision as a major boon for voters across the income and political spectrum, with special appeal for the Democratic Party base.

“Paid leave could be Democrats’ Social Security for the 21st century: a highly visible program that … responds directly to work and care challenges that disproportionately confront Democratic voters yet are universal to working families,” as Vicki Shabo of New America and Jacob Hacker of Yale described it recently in the Boston Globe.

The act would dramatically improve access to both preschool and higher education. It would allocate $200 billion for universal preschool for 3- and 4-year-olds, regardless of family income. The White House estimates the program would cover 5 million children and save the average family $13,000 once it’s fully implemented, with states picking up part of the cost.

The maximum Pell Grant, the federal government’s principal subsidy program for low-income college and university students, would be increased by about $1,500 a year to nearly $8,000 from the current maximum of $6,495. That would restore some, but not all, of the decline in the relative value of the grants over the last half-century, from covering more than 75% of the cost of four years at a public university to less than 30%.

Since the major concern of the fiscal hand-wringers in Capitol Hill is how to pay for all this, the answer is straightforward. Mostly by raising taxes on the rich.

It would raise the top capital gains tax rate to 25% from the current 20%, effective for taxpayers in the same brackets as the income tax. It would accelerate a reduction in the exemption for the estate tax to $6.02 million from the current $11.7 million (that is, lowering the exemption for couples to $12.04 million from $23.4 million) so it takes effect in 2022 instead of 2026.

Those increases wouldn’t pay for the whole package, but they would be a start — about $1 trillion in revenue increases over 10 years, the Tax Foundation calculates. Would they be unpopular? Except perhaps among the 1%, not on your life. The just-released American Family Survey found that among respondents asked how to pay for the child tax credit, 49% favored raising taxes on the wealthy. Only 19% mentioned cutting programs to cover the cost.

The survey also pointed to another conclusion: Federal assistance during the pandemic was terrifically successful.

During 2020 and 2021, about 25% of respondents who had previously been working full time said they were temporarily laid off or lost their jobs permanently, but the share of Americans who experienced an economic crisis in that period actually fell — to 40% from 54% among low-income respondents, and to 25% from 40% in middle-income households.

The only explanation could be the assistance programs funded by Washington, including enhanced unemployment benefits.

That’s something that House Speaker Nancy Pelosi (D-San Francisco) must keep in mind as she tries to steer Build Back Better through negotiation with her Democratic colleagues. The public sees real value for money in investments in education, healthcare, childcare and family assistance. Those who grouse about the cost are being as shortsighted as their rich patrons.

Pelosi should stand firm instead of looking for provisions to cut. Here, as in all things, the Democratic majority should remember who they’re working for. 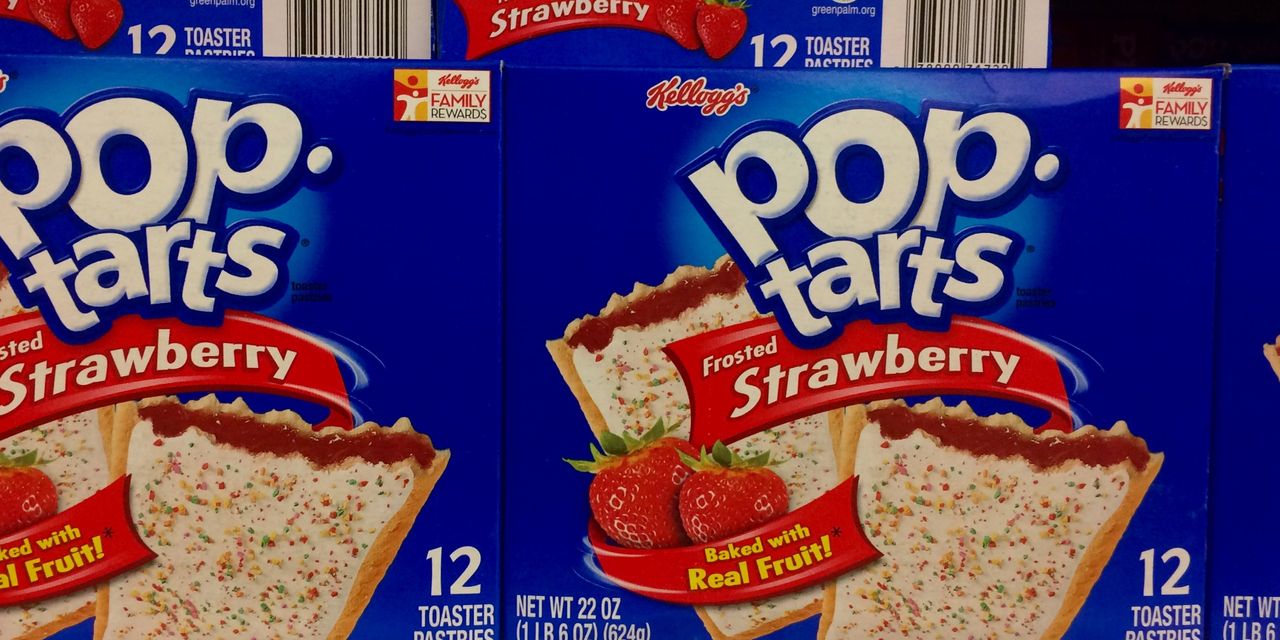 Are There Enough Strawberries in a Strawberry Pop-Tart? A Court Might Decide <!– –> The Indian equity benchmarks are set to open on a flat note as …