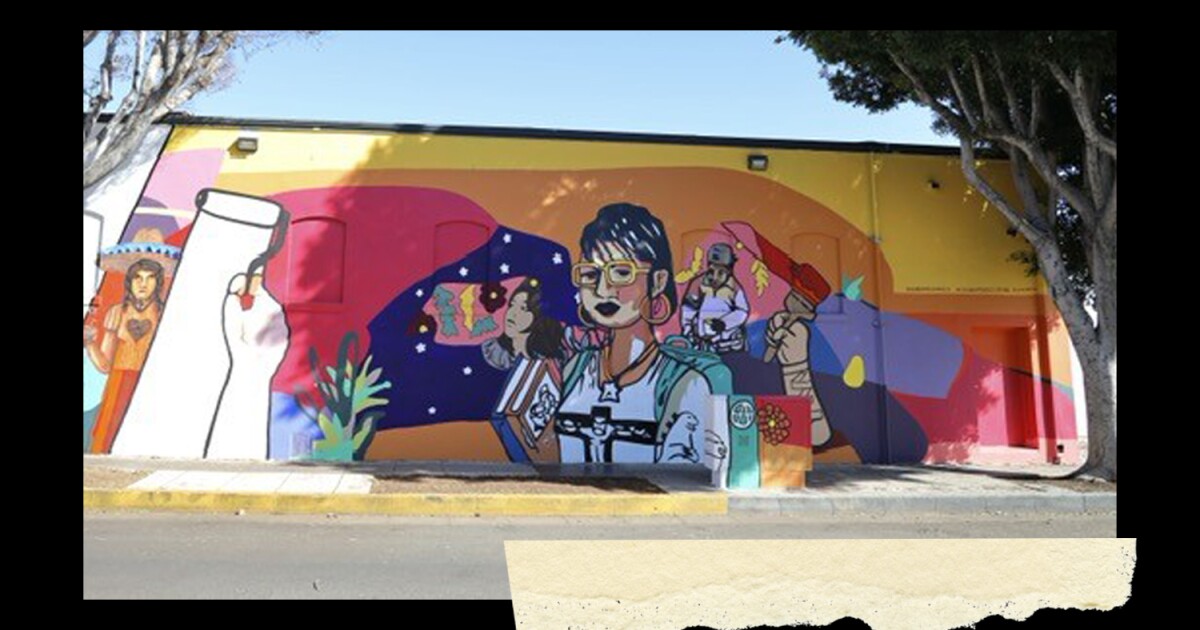 With all due respect to my favorite Downtown Boys’ song, sometimes a wall is more than just a wall. Sometimes it’s a canvas. It’s an opportunity to tell stories about a community.

In 1976, Chicano artist Glugio “Gronk” Nicandro painted “Señora With a Gun” on the side of a shoe store in El Monte’s Valley Mall business district. It depicted an Adelita holding a rifle — a feminist image born from the Mexican Revolution — and was part of a program that sought to pair at-risk youth with hired artists to put up murals across the city.

That particular plan to establish a rich tradition of muralism in El Monte comparable to that of Los Angeles never came to be.

On March 10, 1977, the City Council approved a moratorium on murals across the city after several white business owners complained about the gun-toting soldadera, which was eventually whitewashed.

“I hope I never see the day when we have murals all over the downtown shopping area,” Elmer Geronsin, who had previously been mayor of El Monte and advocated for the ban, told the Los Angeles Times then.

Decades later, public art has returned to the Valley Mall.

Get the Latinx Files newsletter for stories that capture the multitudes within our communities.

On Sunday, the art collective South El Monte Art Posse, or SEMAP, unveiled a mural by Mexican artists Alonso Delgadillo and Fernando Corona at the intersection of Lexington Avenue and Main Street, next to a Cricket Wireless store.

“The mural is centered around foregrounding erased and lost histories,” said Romeo Guzmán, co-director of SEMAP.

The Adelita is back, this time without her rifle. Godzilla is there, too, a reference to a would-be mural by Ron Reeder that depicted the famous kaiju destroying the city. There’s a nod to a replica of a replica of David Siqueiro’s “América Tropical” that popped up in El Monte. The history of whitewashing is prominently featured, represented by a hard-to-ignore white hand with a roller erasing part of the mural.

The mural also centers the predominantly Latinx population of El Monte, highlighting the Chicana activist and Tongva elder Gloria Arellanes and writer Carribean Fragoza (Fragoza is founder and co-director of SEMAP, and is married to Guzmán).

Though the city of El Monte approved it, the city did not provide funding for the mural. Guzmán told me it was paid for through a Whiting Foundation grant awarded to SEMAP, which also covered the cost of producing a mini-documentary on the project.

I drove to El Monte on Monday evening to check out the mural at Guzmán’s invitation. The moment I stepped out of my car, I was quickly struck by how this was a work of public art in the truest sense. Guzmán, Delgadillo and a small crew of volunteers from the neighborhood were still applying the finishing touches. Among them was Erika Garcia, a museum educator who lives a block away and had been working on the mural since Friday.

“It really hits home to be able to put this up in a space I’ve been in basically since I was born,” Garcia told me when I asked why she volunteered.

“Future generations will get to see this, see themselves and feel empowered by their own history.”

Garcia wasn’t the only one inspired by the mural. El Monte Mayor Jessica Ancona posted photos of Sunday’s unveiling to her Instagram feed, touting SEMAP’s work.

“This is just the beginning of more murals that will be going up throughout Main Street and the City of El Monte,” Ancona wrote.

Things we read this week that we think you should read

— In 2015, Ed Fuentes wrote a comprehensive story for KCET about the whitewashing of El Monte’s murals. Not only is it a great and informative read, but it also features archival photographs of the lost works of art.

— The Nevada Independent’s Jazmin Orozco Rodriguez wrote about Eduardo Rios, a Spanish radio DJ for more than 20 years and a staple of Reno’s Latinx community who died in September of COVID-19.

— On Tuesday, the Los Angeles Dodgers handily beat the San Francisco Giants 7-2 to force tonight’s decisive Game 5 of the National League Divisional Series. On the mound for the Dodgers will be Julio “El Culichi” Urías, the 25-year-old Mexican ace who led the league in wins. As sports columnist Dylan Hernández points out, Urías is coming of age at the right time for Los Doyers.

— L.A. Taco’s Janette Villafana has the latest in the growing tensions between the street vendors posting up outside of the Los Angeles City College swap meet and the new owners operating the East Hollywood bazaar.

— A new report by the Pew Research Center found that 86% of Latinx Catholics were at least partially vaccinated. Alejandra Molina of Religion News Service explains why they are among the religious groups with the highest vaccination rates.

Your support helps us deliver the news that matters most. Become a subscriber.

And now for something completely different…

Karina Ramírez is a nonbinary Mexican American illustrator and DJ from southeast Los Angeles. Their drawings focus on self-expression, identity and memories/nostalgia.

“For this piece, I tried to treat it as sort of a visual journal entry. I often attach memories to places, objects or even scents,” Ramírez said. “This piece is about finding those you love everywhere.”

Are you a Latinx artist? We want your help telling our stories. Send us your pitches for illustrations, comics, GIFs and more! Email our art director at martina.ibanezbaldor@latimes.com. 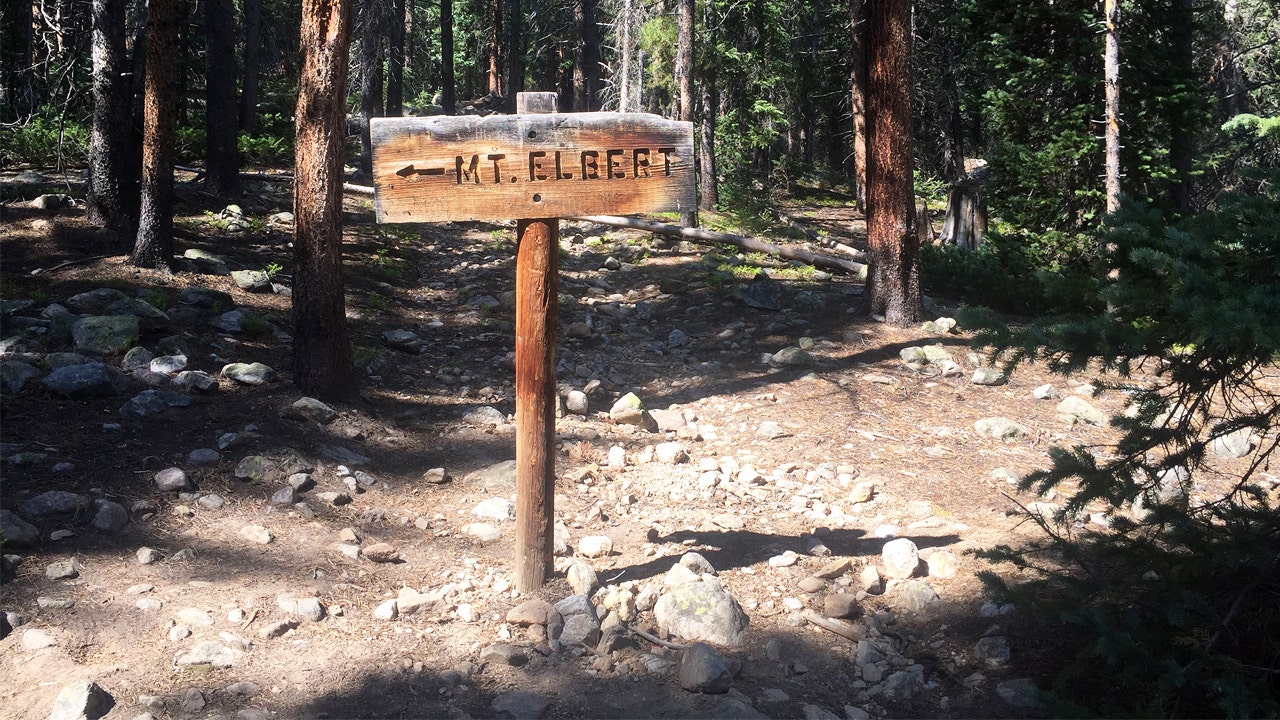 Police bust hoon driver after up to 10 cars wreaked havoc in Seaford, Melbourne