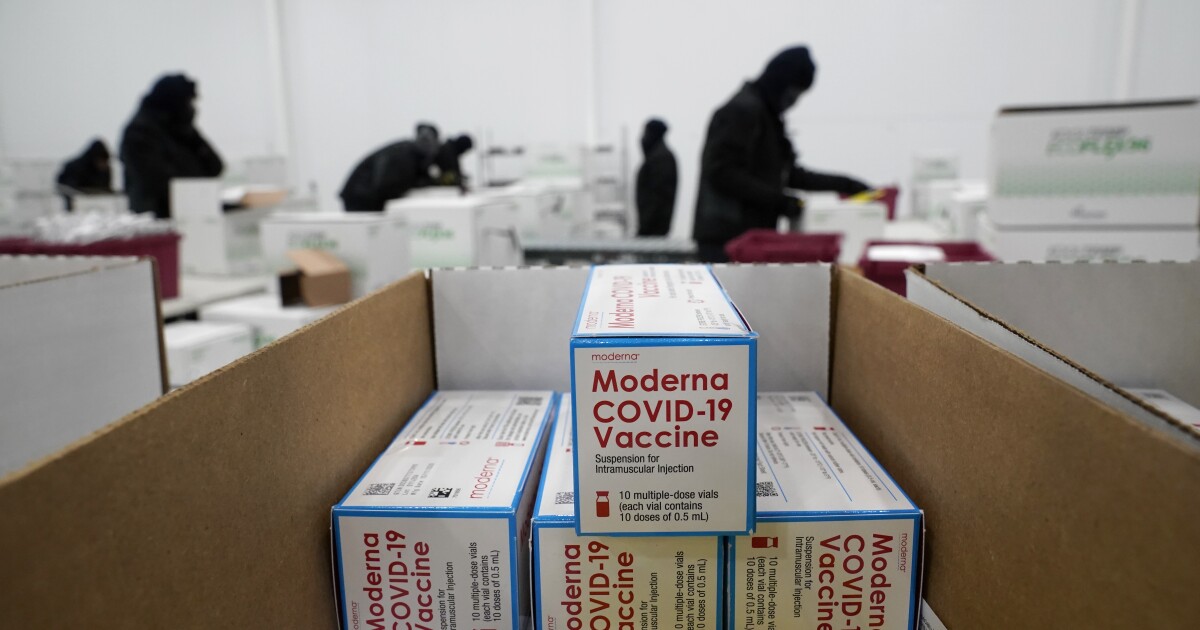 Moderna made its founders wealthy, though its global doses lag

The trio owe their new wealth to the pandemic. More specifically, to the biotech company Moderna’s achievement in developing and marketing one of the most efficacious vaccines for COVID-19.

Venture investor Afeyan, Moderna’s chairman, is now worth $4 billion by Forbes’ reckoning, based on the company’s share price; MIT bioengineer Langer, a Moderna co-founder, is worth $3.9 billion; and Harvard biocehmist Springer, an early Moderna investor and owner of 3.5% of the company, is worth $4.8 billion.

Do not underestimate the resolve of the United States government in addressing this issue.

They join Moderna CEO Stéphan Bancel on the Forbes list, where he landed last year. He’s now worth $10.7 billion.

With the praise out of the way, let’s now condemn them and their company for its failure to meet its commitments to provide its life-saving vaccines to the world.

First-world countries have generally fallen short on their promises to provide COVID-19 vaccines to less developed countries. COVAX, or COVID-19 Vaccines Global Access, an initiative of the World Health Organization and other entities to distribute doses worldwide, set a goal in June 2020 to distribute 2 billion doses globally by the end of this year.

COVAX recently acknowledged that it will miss that goal. In fact, the initiative has delivered only 319 million doses thus far. As the medical news website STAT reports, of the 785 million doses that wealthy countries pledged to donate to COVAX as of Sept. 24, fewer than 20% have arrived. Meanwhile, 98% of the population of low-income countries are still unvaccinated.

“Of the more than 6.5 billion doses administered globally, fewer than 4% have gone to people in low-income countries,” Tom Frieden, former director of the Centers for Disease Control and Prevention, observed recently. “Not only is this morally indefensible, it assures the pandemic will be needlessly extended and that millions more may die.”

Frieden is currently the head of Resolve to Save Lives, a group devoted to spurring more equitable global distribution of vaccines.

Moderna has been coming under mounting pressure to increase its vaccine manufacturing, specifically to serve the needs of less-developed countries.

“They need to step up as a company and provide COVAX with doses at not-for-profit prices,” David Kessler, chief science officer of the Biden administration’s COVID-19 response team, said Wednesday during a panel discussion sponsored by Yale Law School.

Possibly in a response to recent criticism, Moderna this week announced a deal to provide 176.5 million doses of its vaccine to COVAX in the first half of next year. The doses will be sold at the company’s lowest price. Moderna also announced that it will build a “state-of-the-art facility” in Africa with the ultimate capacity to turn out 500 million doses per year.

Vaccine experts say that would be an important advance, since most vaccine manufacturing capacity is in the U.S., Europe and China. But Moderna didn’t say when or where the facility will be built.

As Frieden points out, beyond the moral imperative it’s in the interest of developed countries to get the rest of the world vaccinated. Unvaccinated populations can harbor new variants of the pandemic virus that could evade the vaccines we have today. That would trigger the need for yet more billions of new vaccines and booster shots.

By some estimates, the world faces an overall shortage of 4 billion vaccine doses. The largest manufacturer up to now has been China, which has administered about half of the 6.5 billion doses given globally.

But China’s vaccines, Sinovac and Sinopharm, have been shown to be somewhat less effective than vaccines developed by Moderna and a joint venture of Pfizer and the German company BioNPharm. The two vaccines use similar technology and are roughly equivalent in efficacy.

Moderna has received much of the criticism failing to meet global demand for several reasons. One is that its vaccine production has lagged behind other manufacturers including Pfizer.

Another is that Moderna has been a leading recipient of funding from the U.S. government — $10 billion, according to Kessler’s estimate. That includes direct research grants, rights to patents belonging to the government, and bulk purchases of doses.

Pfizer also has received significant help from the government, chiefly in vaccine purchases and access to government-owned research, but didn’t accept direct grants from government agencies to develop its vaccines.

“While Moderna deserves substantial credit,” Kessler said during the Yale discussion, “the U.S. government has played a very substantial role in making Moderna the company it is. That ups the ante on Moderna, and we have said so.”

Neither Pfizer nor Moderna has been shy about the billions of dollars in profits they expect to reap from their COVID vaccines. In the first six months of this year ended June 30, Moderna pocketed $4 billion in profits on $5.9 billion in revenue, almost entirely from its COVID vaccine, its only product.

Pfizer reported $11.4 billion in profits from $33.6 billion in revenue, of which $14.1 billion came from its COVID-19 and other vaccines, for the same period.

The notion that the “private sector” achieved all this entirely on its own is the bedrock of the pharmaceutical industry’s position that it deserves everything it can get.

But it’s wrong. None of the drug industry’s diagnostics, therapeutics or vaccines would exist if the U.S. and other developed countries hadn’t funded basic research before the companies stepped in to exploit it. The role of public funding in drug development has been an open secret for decades.

As we’ve reported previously, among the obstacles to more aggressive manufacturing of the COVID vaccines is the stranglehold Moderna and Pfizer maintain on manufacturing licenses.

The U.S. government decided early in the development stage to leave licensing to the companies themselves. That gave them an effective duopoly, as Frieden puts it.

Yet the government has several powerful tools to break up their stranglehold. One is the Defense Production Act, which empowers the president to “allocate materials, services and facilities,” including technical information necessary for vaccine production, to serve national defense.

Given that COVID-19 has killed more than 700,000 Americans, the act “really is meant and designed for these situations,” Zain Rizvi, a law and policy researcher at Public Citizen, said during the Yale panel. “It is puzzling why all the authority of the Defense Production Act has yet to be used.”

Another lever appears to come from the contract Moderna signed with the government’s Biomedical Advanced Research and Development Authority (BARDA) for its research grant.

The contract may give the government the legal right to access and share the ingredient list and manufacturing instructions for its vaccine, according to a letter that Sen. Elizabeth Warren (D-Mass.) and Rep. Pramila Jayapal (D-Wash.) sent to Kessler on Oct. 12.

The lawmakers asked for information about the administration’s “efforts to accelerate global vaccine manufacturing [and] expand access to COVID-19 vaccines around the world.”

Kessler said during the panel discussion that the government has been in “very intense discussions” with Moderna’s board and management. “There is very substantial capacity for them to close” the COVID gap, “and they need to do that.”

Kessler warned, rhetorically, “do not underestimate the resolve of the United States government in addressing this issue. These companies understand our authorities, and understand that we would not be afraid to use them. But the best recourse is for them to step up to the plate now.” 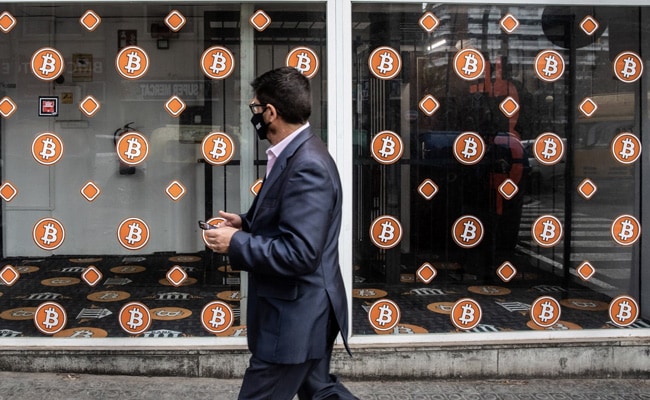 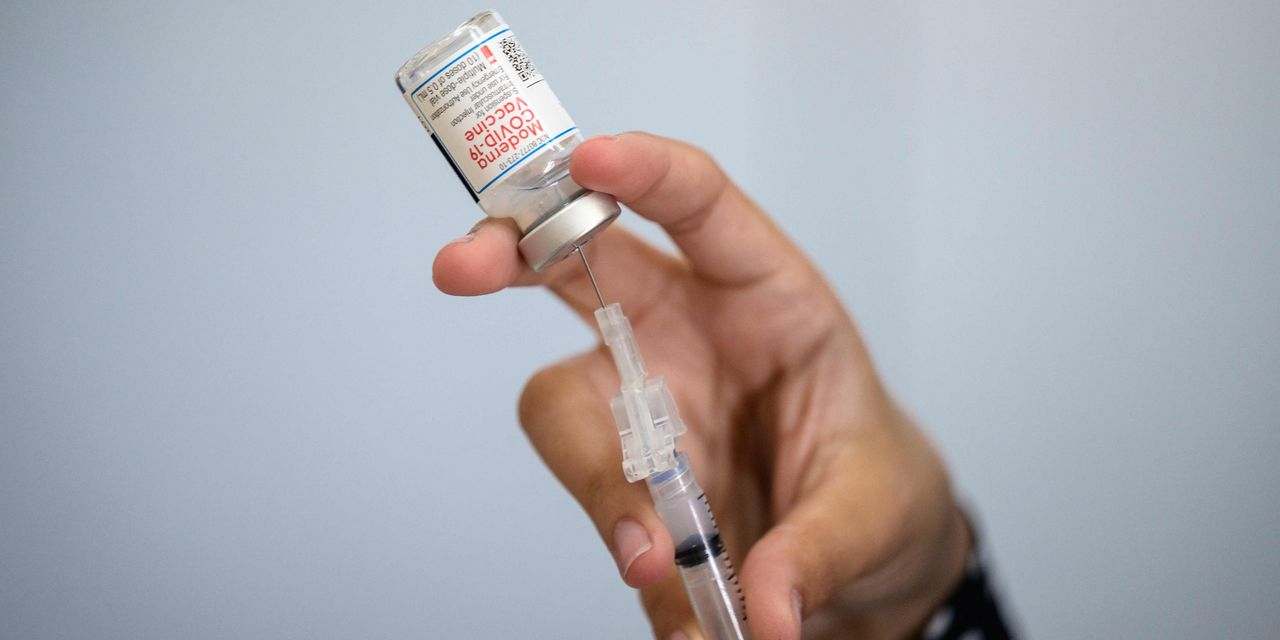 UPDATE: What Are Decentralised Crypto Exchanges? decode the types of crypto exchanges

<!– –> Decentralised exchange makes the hacking risk almost next to impossible Cryptocurrency exchanges are …