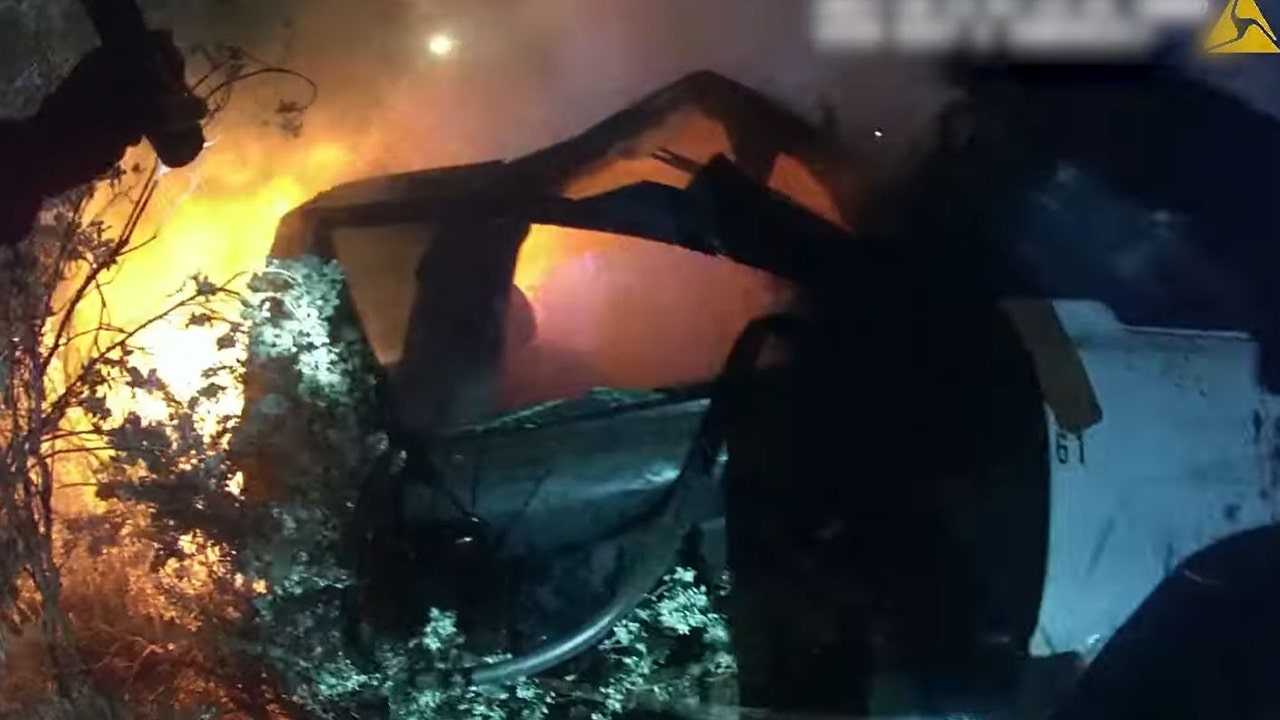 Officers responded to a single-vehicle accident that happened just before 3:00 a.m. on Forest Lane in front of the Garland Police Department, police said.

Police found that the vehicle had immediately caught fire following the crash and that a passenger was ejected. However, officers saw that the driver was still inside the burning vehicle, unconscious.

“C’mon, man! Wake up!” an officer can be heard yelling on the officer-worn body camera. “Give him your hand!”

Police rescued an unconscious man from inside a burning vehicle that crashed in Garland, Texas, early Wednesday.
(Garland Police Department)

The video shows officers battling the intense heat from the blaze as they worked to pull the unconscious man through the driver’s side window.

Officers pulled the man out to safety “with only seconds left” before the vehicle became fully engulfed, according to police.

Garland police officers pulled the unconscious driver to safety. The driver and a passenger, who was ejected from the vehicle, both suffered non-life-threatening injuries, police said.
(Garland Police Department)

Both the driver and passenger suffered non-life-threatening injuries and were taken to a hospital for treatment.

The Garland Police Department praised the officers for their brave actions.

“We are very proud of these officers for their quick response and heroic acts,” the department said. 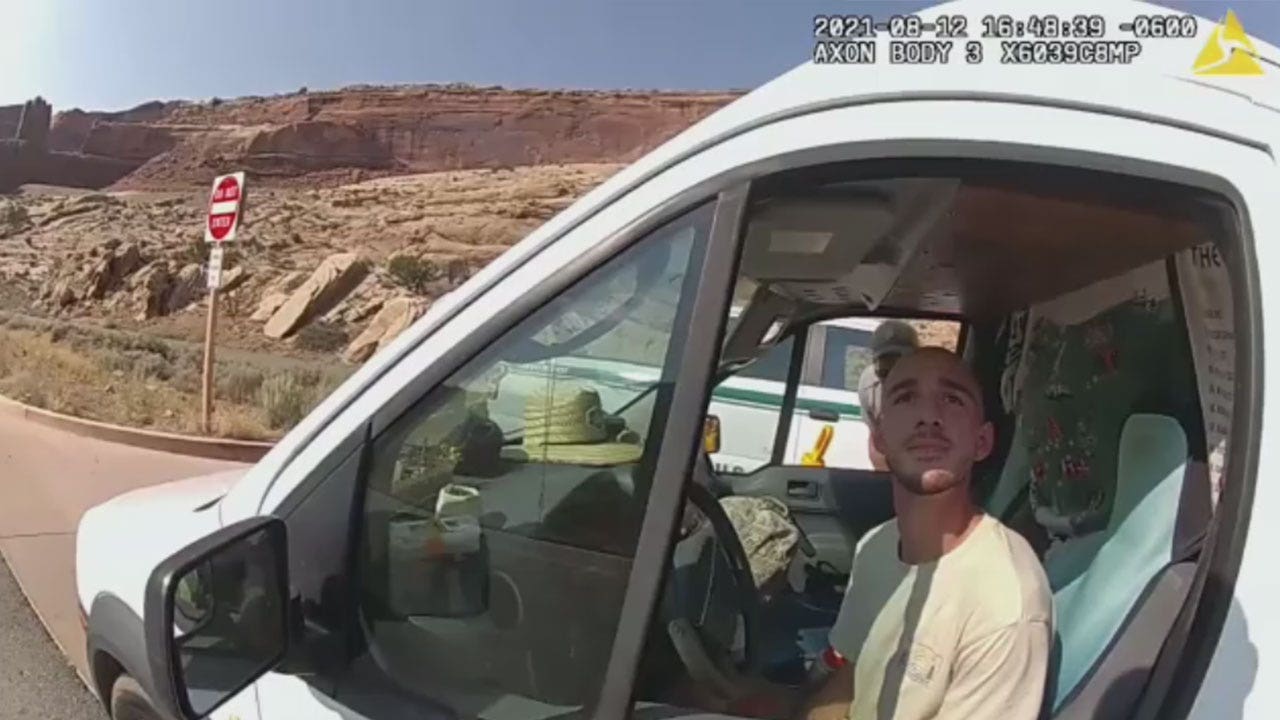 Brian Laundrie search: Motive in prior domestic incident could be used in court, lawyer says

Bound for disaster on a hulk with no name

“Within minutes we counted only 120 people in the water. The rest had already gone.” …