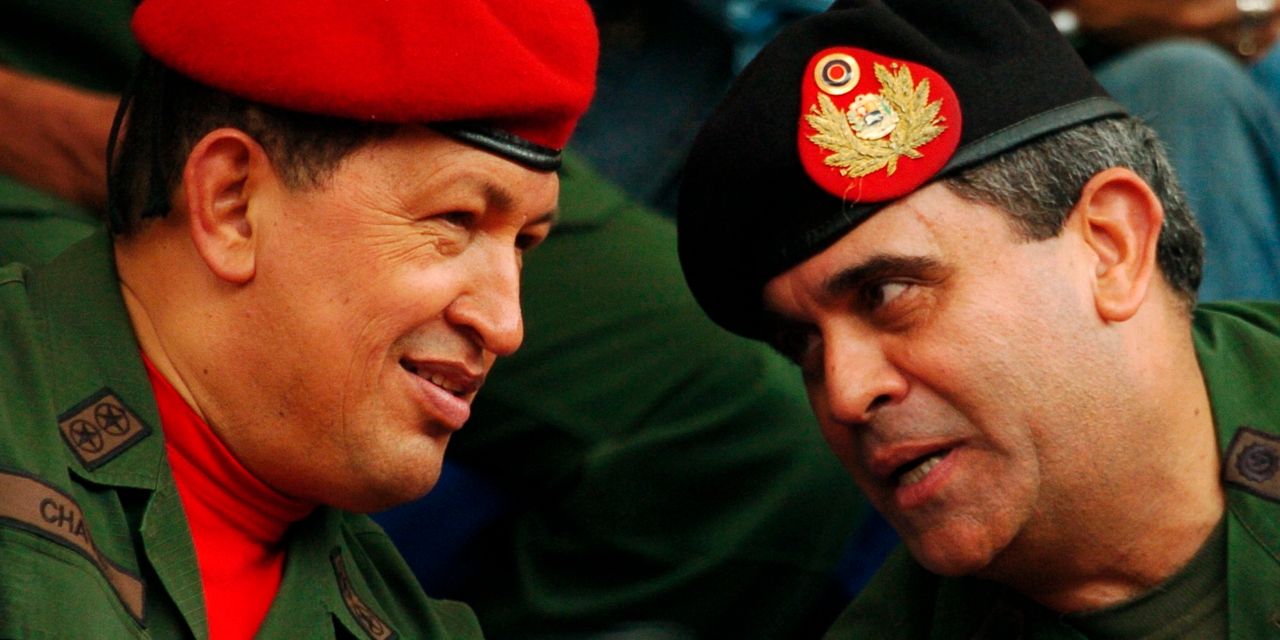 an army general who became a hero of Venezuela’s leftist government when he helped its strongman survive a coup but later turned into one of its most prominent political prisoners, died in jail late Tuesday, his family and the government said. He was 66.

The death of Gen. Baduel, a confidant of the socialist leader

before becoming a dissident, was announced in a Twitter post by Venezuela’s attorney general, who said Gen. Baduel had suffered a cardiac failure triggered by Covid-19. He died awaiting trial for treason in what is commonly called “The Tomb,” an underground Caracas detention center run by the country’s military intelligence.

Gen. Baduel’s family denied that he had contracted the virus and blamed the government for his death. “My soul is broken,” said his daughter, Andreina Baduel, who had spent the past decade advocating her father’s freedom. “The regime killed my beloved and brave papa.”

On Wednesday, Ms. Baduel and other members of the large Baduel family gathered outside the capital’s Bello Monte morgue to demand that Gen. Baduel body not be cremated—as the government has done with most deceased Covid-19 victims—in order to carry out a thorough investigation into the cause of his death.

Gen. Baduel rose to prominence in 2002 when he and his elite troops maintained their loyalty to Mr. Chávez during a coup that deposed him for 48 hours. After helping Mr. Chávez restore control, Gen. Baduel went on to become his senior-most military official. Months later, opposition forces launched an oil-sector strike to topple Mr. Chávez and urged Gen. Baduel to turn against the president. He declined.

The two split in 2007 when Gen. Baduel opposed Mr. Chávez’s efforts to change the constitution and eliminate term limits for elected officials. Gen. Baduel warned the moves would put Venezuela on a path toward dictatorship. Mr. Chávez blasted Gen. Baduel as a traitor.

“If I’m a traitor to just one person, that’s fine,“ Gen. Baduel said in a 2011 interview published in the book “The Sentimental Revolution.”

“But at least I didn’t betray millions of Venezuelans,” he said.

The general was convicted of graft charges in 2009, allegations that he denied and called political persecution. Just days before he was scheduled to finish his sentence in March 2017, Gen. Baduel was charged again by Venezuelan military intelligence of holding clandestine meetings to stockpile weapons and conspire against the government—this time, the one led by Mr. Chávez’s successor, President

The Maduro administration, which has led Venezuela through deadly protests and a punishing humanitarian crisis, has been accused by the U.S. and rights organizations of detaining political rivals and extrajudicial killings.

“We are deeply saddened by Raúl Baduel’s death in detention,” the United Nations High Commission on Human Rights said. It called for an independent investigation and the “release of all arbitrarily detained.”

Researchers for the U.N. agency cited Gen. Baduel’s imprisonment without trial and his family’s difficulties seeking due process in a report last month that found evidence that “serious human-rights violations and crimes have been committed in Venezuela since 2014.”

Gen. Baduel is the 10th political prisoner to die in the custody of Mr. Maduro’s government, according to Venezuelan human-rights group Foro Penal. The organization lists 259 other political prisoners, 50 of whom, it says, are in desperate need of urgent medical care.

Gen. Baduel’s lawyer, Omar Tosta, said his client had complained to him frequently of the psychological effects of his isolated detention. But the general, he said, never spoke about being sick or having Covid-19.

Gen. Baduel was barred from seeing his family or lawyer for much of the pandemic last year. Late last month, his daughter Andreina said, intelligence officers unexpectedly transferred him from another detention center to “The Tomb.” Authorities didn’t explain why he was moved.

Cruz Maria de Baduel, the general’s widow, told Miami-based Venezuelan diaspora channel EVTV that two of his daughters were able to visit him last week and that he presented no signs of being sick at the time. “It’s absolutely false that he had Covid-19,” she said.

Gen. Baduel stopped breathing as he was receiving medical treatment for the respiratory illness, according to Attorney General

“It’s all documented, it’s all real,” Mr. Saab said in a text message when asked about Gen. Baduel’s vaccine regimen.

While advocating his release, Gen. Baduel’s family has also been entangled in the political upheaval. His son Raúl Emilio Baduel was arrested in 2014 on conspiracy charges for participating in protests against Mr. Maduro, but was later released. Another son, Josnar Adolfo Baduel, remains in prison after he was arrested in May 2020 along with a group of Venezuelan military dissidents that launched a failed invasion effort to overthrow Mr. Maduro.

Members of the Baduel family at the time said Josnar had been duped into a futile mission, a sign of his desperation to free his father.

“This is a family that has suffered the worst of tragedies,” said Roció San Miguel, director of Citizen Control, a nonprofit that researches Venezuela’s armed forces.

Gen. Baduel’s influence in the armed forces waned over the years as Messrs. Chávez and Maduro purged the military of detractors. But Ms. San Miguel said he would be remembered for his courage for standing up to a government sliding into autocratic rule.

“He’s someone who had the opportunity to escape the country but decided to face up to the charges despite the brutality,” she said. “He never deserved this kind of treatment from the revolution.”

—Ginette Gonzalez in Caracas contributed to this article.

Previous Taiwan won’t be the one to start war with China, says its defence minister
Next United Airlines Bets on Return of Trans-Atlantic Travel 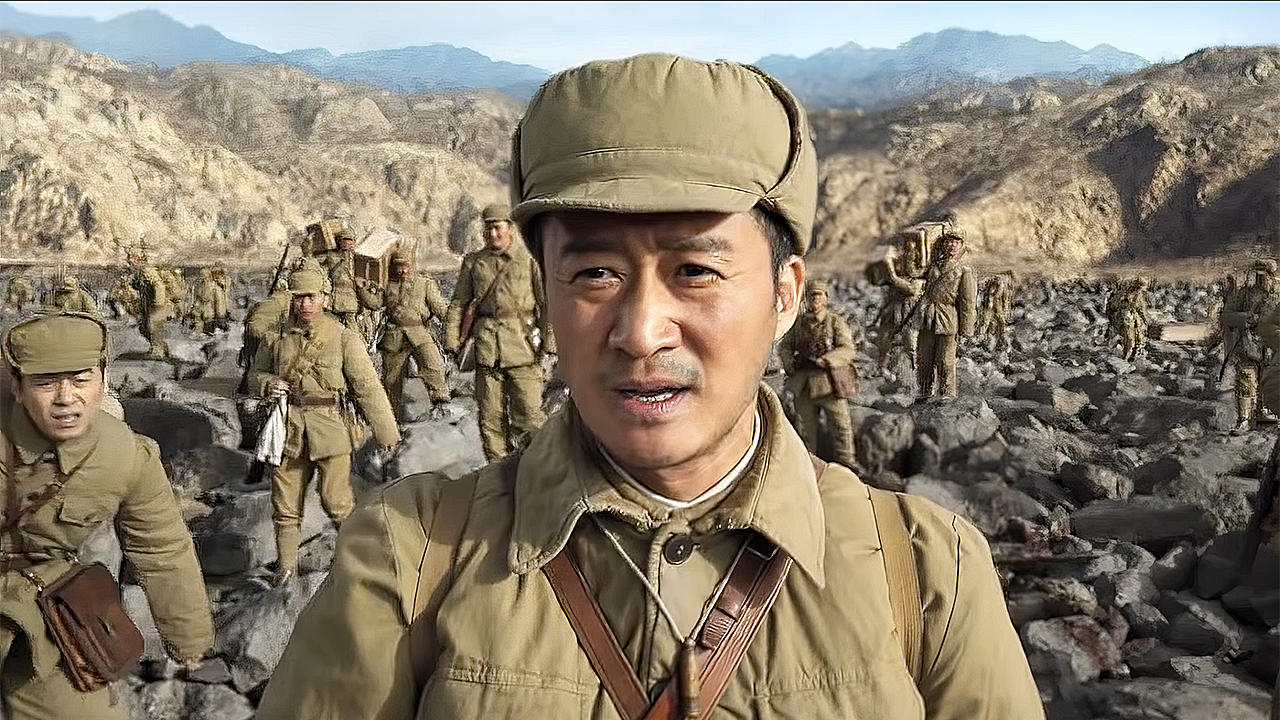 China touts film about defeat of US Army as highest grossing ever, data suggests it will fall short

My week working on a Sydney COVID ward