The defending Super Bowl champion Buccaneers (5-1) lost another cornerback when three-time All-Pro Richard Sherman left in the first quarter with a hamstring injury but their depleted defense held on after Jalen Hurts rallied the Eagles from a 28-7 deficit.

His best play came after Hurts’ second TD run and a 2-point conversion pulled Philadelphia within six points with 3:05 left in the fourth quarter.

Facing a third-and-7 from Philadelphia’s 45, Brady rolled away from pressure and threw a perfect pass to Antonio Brown for a 27-yard gain to extend the drive and the Bucs ran out the clock.

The Eagles (2-4) are winless in three home games under rookie coach Nick Sirianni. They heard boos at halftime but fought back to make it close.

Brady’s 2-yard TD pass to O.J. Howard gave the Buccaneers a 7-0 lead. The Eagles answered on Hurts’ 5-yard scoring pass to Zach Ertz. Brady then hit Brown for a 23-yard TD pass to make it 14-7.

After two straight three-and-out series, Brady led the Bucs on another scoring drive with Fournette running in from the 2 to extend the lead to 21-7. Tampa increased its lead to 28-7 when Fournette walked in from the 1 in the third quarter.

Brady was 19 of 22 before missing three straight passes late in the second quarter, including a deep ball intercepted by Anthony Harris that ended his streak of 227 passes without a pick.

The Buccaneers were already missing cornerbacks Carlton Davis and Sean Murphy-Bunting before Sherman went down on Philadelphia’s first drive.

Still, Hurts struggled throwing the ball. He was 12 of 26 for 155 yards, one TD and one interception. Hurts ran for 44 yards and two scores. 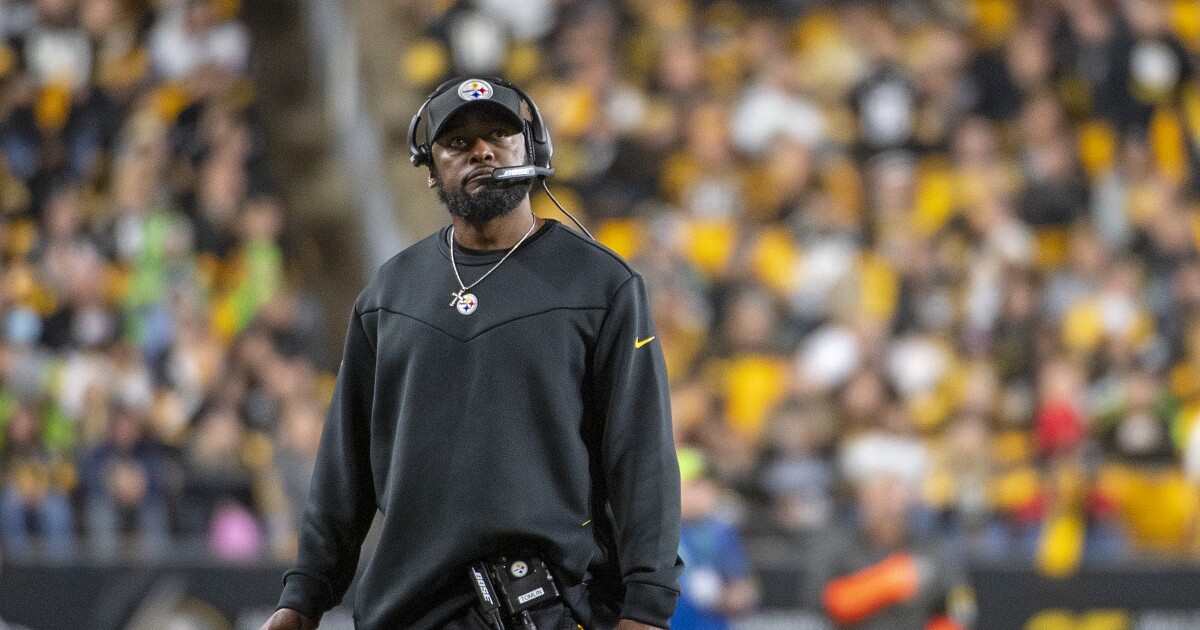 Commentary: Could Mike Tomlin really be USC’s next coach? 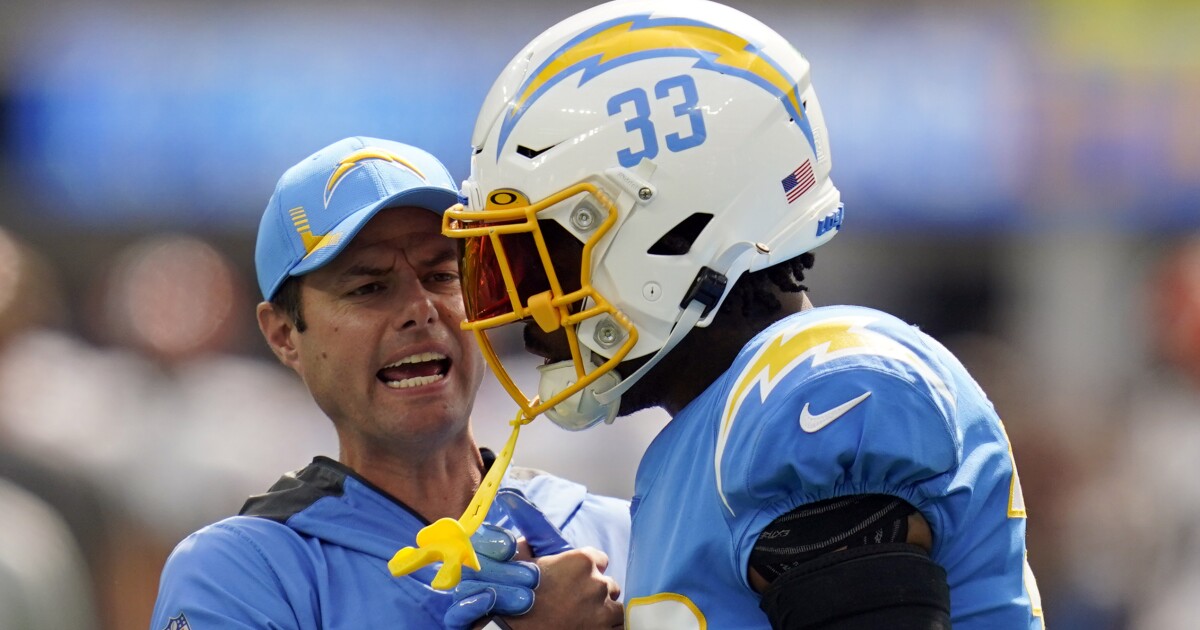 Chargers are regaining health in preparing for Patriots

“Monday Night Football” has featured a matchup of AFC contenders in consecutive weeks. That will …