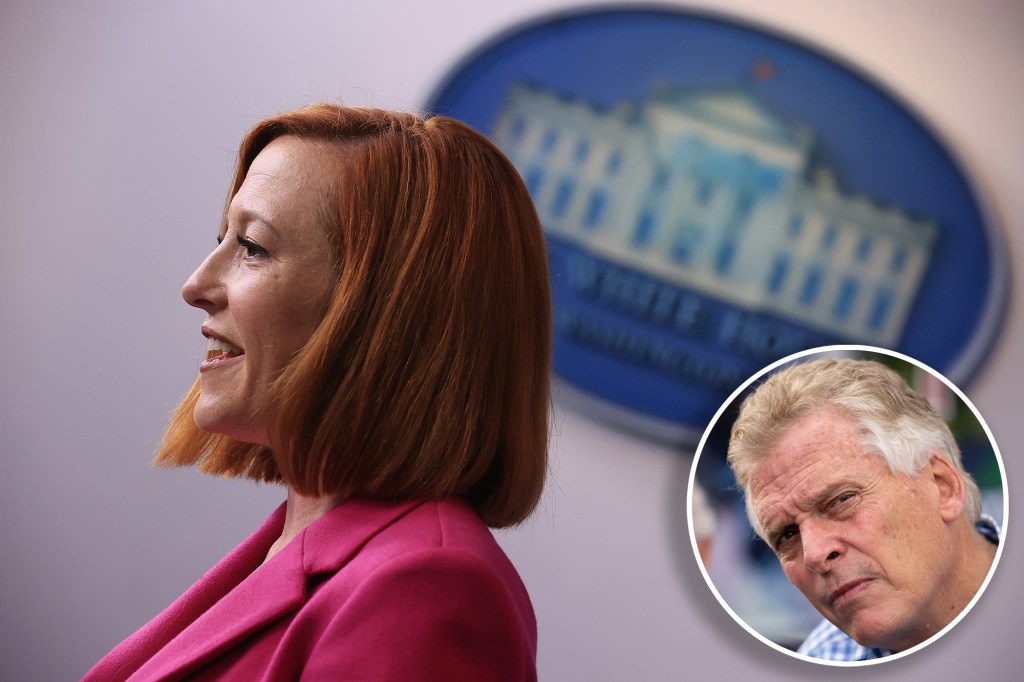 White House Press Secretary Jen Psaki is declining to comment on the upcoming Virginia gubernatorial election, saying she “learned her lesson” after being accused of violating the Hatch Act earlier this month.

During Tuesday’s daily press briefing, Psaki was pressed on whether President Biden is “surprised” on how close the race has become, as Democratic candidate Terry McAuliffe and Republican Glenn Youngkin are neck and neck in the polls one week before election day.

“I’ve learned my lesson,” Psaki said. “I’m not going to do politics from here or political analysis. I can confirm that the president is going to Arlington later this evening and that that is my hometown as well. And, of course, the Vice President as well. But beyond scheduling details, I will leave political analysis to my friends over at the DNC.”

Earlier this month, the press secretary found herself in some hot water after Citizens for Responsibility & Ethics in Washington, a government watchdog group, filed a complaint to the Office of Special Counsel accusing her of violating the federal Hatch Act by praising McAuliffe during her regular briefing.

The group alleged that Psaki had improperly used her office to affect the outcome of next month’s election, after she had been asked whether the Biden administration considered McAuliffe’s race against Republican Glenn Youngkin to be a “bellwether” ahead of the 2022 midterm elections.

“Well, I have to be a little careful about how much political analysis I do from here,” Psaki began before saying that President Biden “of course wants former Gov. McAuliffe to be the future governor of Virginia. There is alignment on a lot of their agenda, whether it is the need to invest in rebuilding our roads, rails, and bridges, or making it easier for women to rejoin the workforce.”

“We’re going to do everything we can to help former Governor McAuliffe, and we believe in the agenda he’s representing,” she concluded.

Shortly after the complaint was filed, Psaki responded on CNN, saying “I take ethics seriously. So does this president, of course. As I understand it, if I had said ‘he’ instead of ‘we,’ that would not have been an issue at all, and I’ll be more careful with my words next time. Words certainly matter.”

“We appreciate Jen Psaki and the Biden administration reaffirming their commitment to ethics and to the law, something all too rare in recent years,” CREW tweeted in response to Psaki’s promise. “We look forward to a renewed commitment to compliance with the Hatch Act from the administration.”

Biden is set to stump for McAuliffe on Tuesday as the Democrat faces off against Youngkin next week. As the two candidates remain close in the polls, Biden’s approval rating continues to fall — causing some to speculate whether the Democratic voters in Virginia will turn out for McAuliffe.

Previous Coordinated Bust of Dark-Web Dealers Yields 150 Arrests in U.S., Europe
Next Gwyneth Paltrow ‘almost died’ while giving birth to her first child: ‘It was not good’