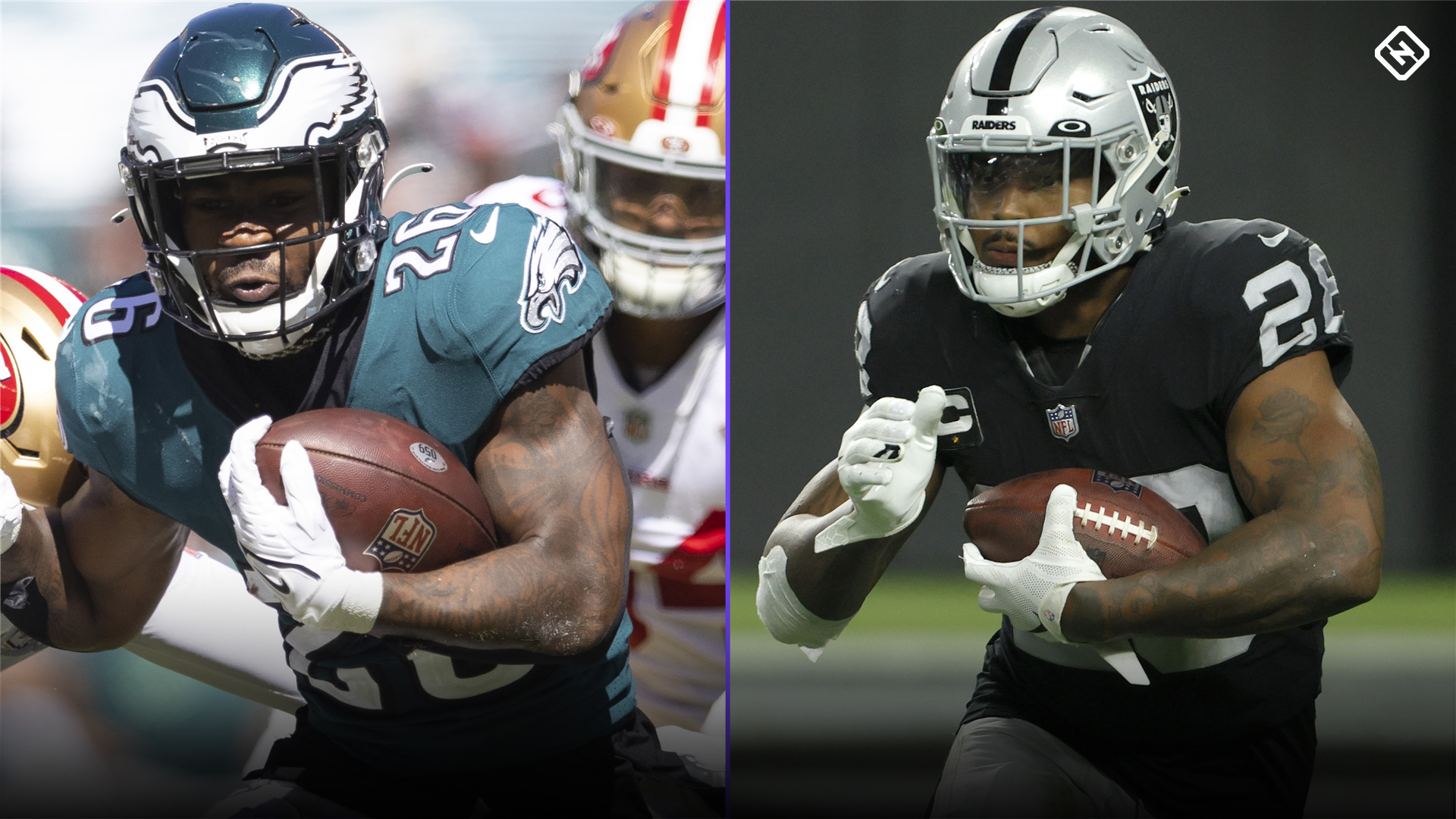 Miles Sanders and Josh Jacobs join the long list of running backs dealing with injuries this season, as both exited last week’s games early. Sanders’ injury could affect things right away and cause two high-priority waiver wire pickups, while Jacobs in on a Week 8 bye. Still, there’s always fallout when an RB gets hurt, and we have the latest updates.

Sanders (ankle) left his week 7 game against Las Vegas and was quickly ruled out for the remainder of the contest. He’ll get X-rays done early this week, so we’ll have to monitor those updates moving forward. The good news is he isn’t believed to have broken any bones, so while this doesn’t look to be a season-ending injury, it could cause him to miss some time.

In his absence, Kenneth Gainwell rushed five times for 20 yards and caught four-of-eight targets for 41 yards and a touchdown. Boston Scott accumulated eight total touches for 29 yards and a score on the ground. That would indicate somewhat of a timeshare backfield in Sanders is out for an extended period of time, with Gainwell having the most upside — especially in PPR leagues.

We expect Sanders to miss at least one week and rank Gainwell as our RB14 in PPR leagues and RB15 in standard against a Lions’ defense that entered Week 7 allowing the most fantasy points per game to RBs. He’s been a more efficient playmaker than Sanders anyway, so as his usage increases, he looks to be more productive. We view Scott as a low-end flex option while Sanders is out, though he could clearly have similar value. Both Gainwell and Scott are worth picking up in all formats.

Jacobs (chest) exited the game against Philadelphia after finding the end zone early on. The belief is he avoided major injury as the Raiders head into a Week 8 bye. That said, we should still be prepared if he suffers a setback.

If he doesn’t miss any action, it’s tough to know exactly how the backfield touches would be split. When he was out earlier in the year, Peyton Barber feasted, but Jalen Richard has returned from injury and Las Vegas has a new head coach and play-caller. Barber was a healthy scratch this week, so the new staff could prioritize Kenyan Drake, who seems like the easy choice as the RB who will primarily benefit from a Jacobs absence.