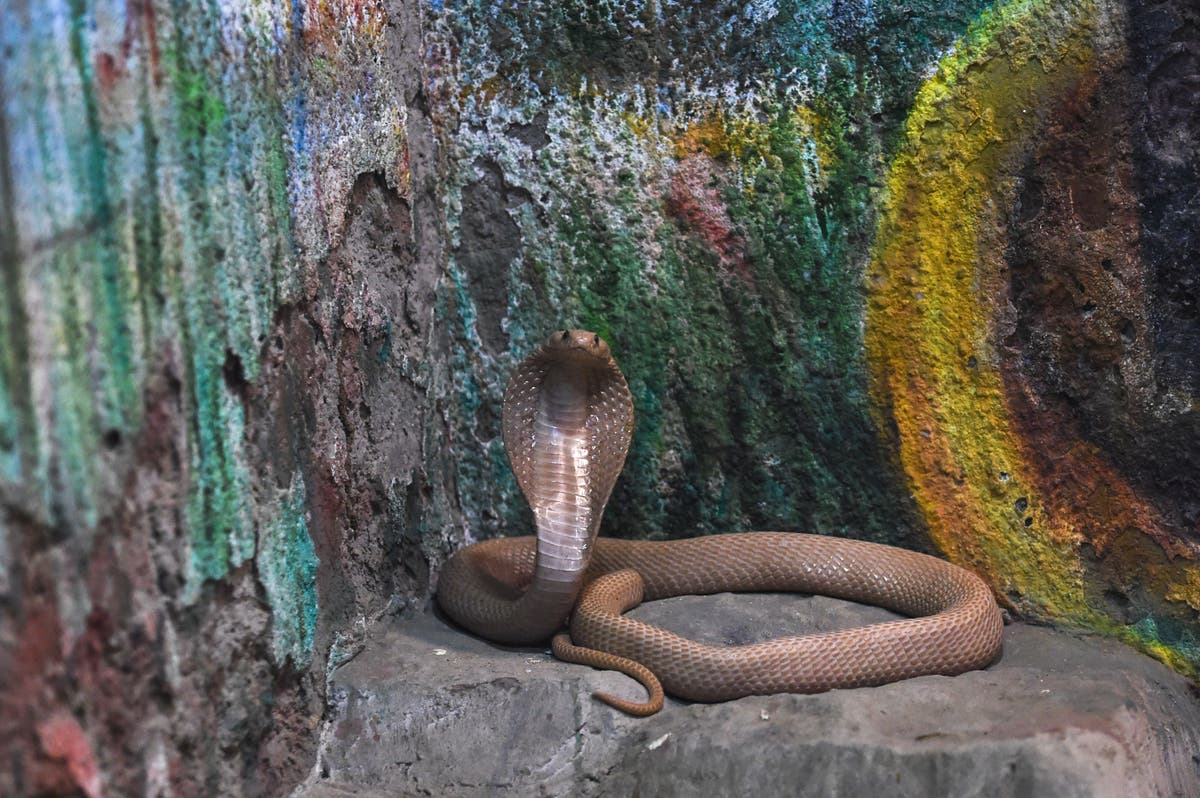 An Indian man from the western state of Maharashtra was arrested last week for faking his death by using a cobra to kill a destitute man to claim $5m (£3.6m) as life insurance from a US firm.

Prabhakar Bhimaji Waghchaure, 54, had returned to India in January after living in the US for 20 years. On 22 April, police officials in Rajur village of Ahmednagar district received a report about Mr Waghchaure’s death.

The cause of death was listed in medical records as “snake bite”. Village resident Harshad Lahamge and Praveen, who claimed to be the dead man’s nephew, identified the body as that of Mr Waghchaure.

But when the insurance provider started to investigate, authorities found contradictory versions and discovered that Mr Waghchaure had staged his own death.

“The insurance claims investigator had started digging deep into the claim on Waghchaure’s death because he had fraudulently claimed the death of his wife for a life insurance claim in 2017,” Manoj Patil, Ahmednagar police superintendent, told The Indian Express. “His wife is alive… Waghchaure and other conspirators hatched an elaborate plan.”

After the insurance investigator contacted local police, they visited Mr Waghchaure’s house to get more details. A neighbour said that she did not know of any snake bite but said she had seen an ambulance outside the house around that time. Mr Lahamge, meanwhile, claimed that Praveen died of Covid.

The police began to look at Mr Waghchaure’s call records as they were unable to find any other relative, and discovered that the man was alive. He had moved to a new district days before he staged his death.

Investigation revealed that two of his relatives found the destitute man, identified as 50-year-old Navnath Yashwant Aanap, while Mr Lahamge procured a cobra from a snake rescuer. Mr Waghchaure promised Rs 35 lakh (about £34,000) to his accomplices, the police said.

Mr Waghchaure took Aanap to a secluded location, where he got an accomplice to make the cobra bite his toe. After Aanap’s death, the body was taken to Mr Waghchaure’s residence, where an ambulance was called. He then posed as his nephew Praveen to identify the body. After getting the death certificate, he contacted the US-based insurance firm to claim compensation on behalf of his family.

Police officers added that Mr Waghchaure chose Aanap because he resembled him.

The police have arrested Mr Waghchaure and his four accomplices and said that the fact that he lived in the US for many years helped him in his crime as hardly anybody knew him in the Indian village.

Previous Halloween 2021 Ghost Stories: Two Sentence Horror Stories That Will Scare the Bejesus Out of You! Dare To Read
Next U.N. Finds Nations’ Climate Plans Fall Short of Paris Accord