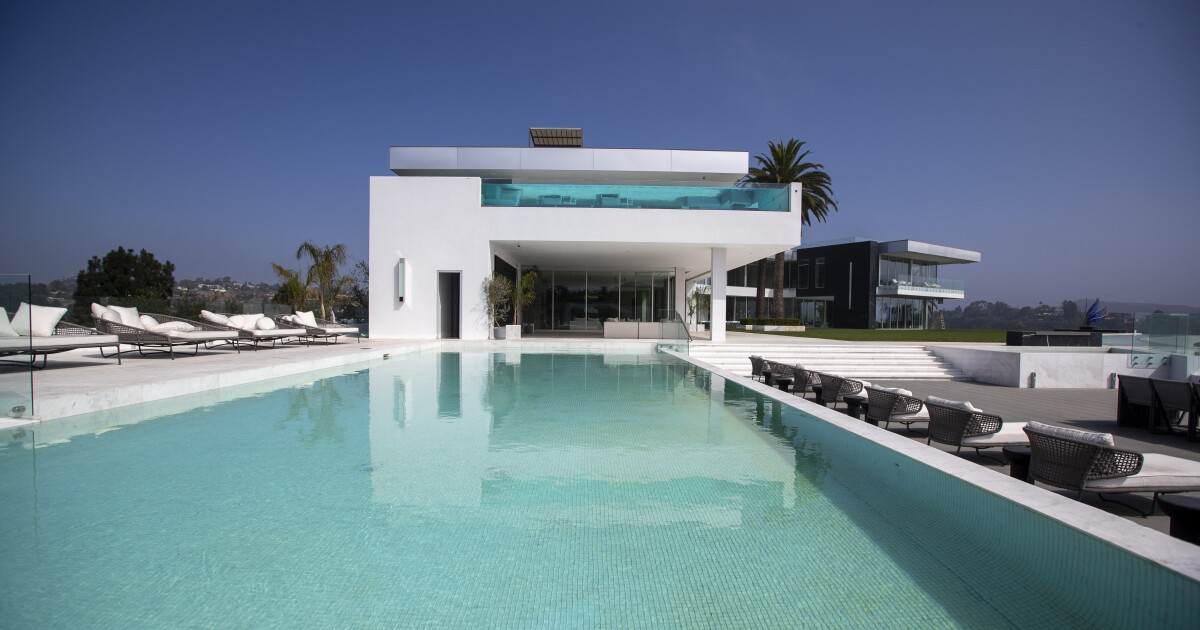 The developer of The One mega-mansion filed for bankruptcy Tuesday in a last-minute bid to stop a scheduled auction of the sprawling estate.

Lawrence Perkins, newly appointed manager of the development company, said the action comes with an automatic stay of the trustee’s sale, scheduled for Wednesday, and other collection activities against Crestlloyd, the entity that owns the property.

“Our goal is to maximize the value of the house through a thoughtful sales process where we can bring in brokers and show the house to all the right people that need to see it,” said Perkins, of Sierra Constellation Partners.

The 105,000-square-foot Bel-Air property is the largest modern home in the United States and the most extravagant property yet by Niami, known as the king of the L.A. mega-mansion.

A judge ordered the planned trustee’s sale of the property after Crestlloyd defaulted on $106 million due to Hankey Capital, the real estate lending arm of L.A. billionaire Don Hankey.

The auction has already has been delayed twice, most recently on Oct. 13 after another lender — Joseph Englanoff’s Yogi Securities Holdings — alleged that Hankey pulled out of a deal to have the house completed and sold by real estate brokers for $225 million.

Englanoff, a Los Angeles-area physician and long-time investor in Niami’s developments, accused Hankey of trying to take ownership of the mansion at a rock bottom price or take all of the proceeds if it was sold.

Superior Court Judge Mitchell Beckloff did not issue the temporary restraining order but delayed the auction until Oct. 27 to give the two sides time to work out a deal.

Hankey told The Times he had tried but failed to come to an agreement with Englanoff. Attorneys for Hankey Capital said the company’s actions were legal and noted there is nothing preventing Yogi from bidding for the house itself.

The other major secured debt holder is an entity called Inferno Investment, associated with Julien Remillard, a longtime friend of Niami, which lent Crestlloyd more than $10 million in 2015 but worked out a deal with Hankey to be paid second out of the sale proceeds.

In the spring, after Niami defaulted on his debt to Hankey, he proposed living in The One and turning it into an event space featuring entertainment such as boxing matches and concerts. Hankey was not interested in the plan.

The mansion at 944 Airole Way features luxurious amenities such as infinity pools, a spa and beauty salon, a billiard room and bowling alley, a multiplex-size movie theater and a 50-car garage with carousels to display exotic cars.