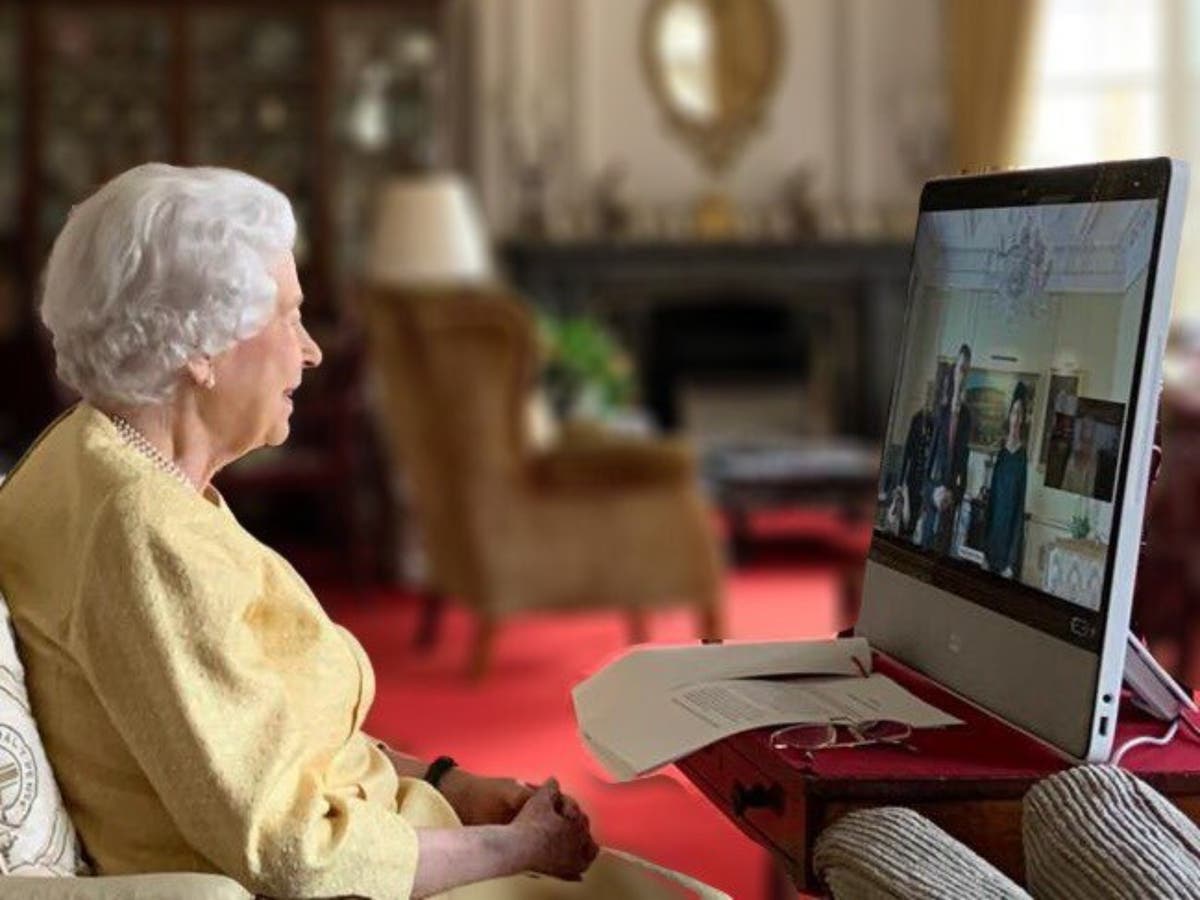 Her Majesty received two ambassadors – Gunn Kim from the Republic of Korea and Markus Leitner from the Swiss Confederations – via video link from Windsor Castle.

The 95-year-old monarch was due to visit Northern Ireland last Wednesday, but was forced to cancel and spend a night in King Edward VII’s Hospital in Marylebone instead.

A statement from Buckingham Palace on Thursday night read: “Following medical advice to rest for a few days, the Queen attended hospital on Wednesday afternoon for some preliminary investigations, returning to Windsor Castle at lunchtime today, and remains in good spirits.”

Prior to the stay, her first in eight years, the Queen had already had a busy lineup of engagements throughout October and was advised to rest for a few days.

For today’s engagement, Buckingham Palace released an image of the Queen where she can be seen wearing a yellow dress and a three-strand pearl necklace.

“There are more than 170 Ambassadors and High Commissioners based in London at any given time and each will have an Audience with The Queen shortly after taking up his or her role.

“Mr. Gunn Kim from the Republic of Korea and Mr. Markus Leitner from the Swiss Confederation each presented their ‘Credentials’  – a formal letter from their Head of State confirming that Her Majesty can trust them to speak on behalf of their country.”

Next week, the Queen is expected to lead a royal delegation at the COP26 summit in Glasgow where world leaders are meeting to discuss climate change.

Previous Live: Braves vs. Astros World Series: 5 Things to Know
Next 5 Best Deals On Electric Vegetable Choppers Up To 50% Off