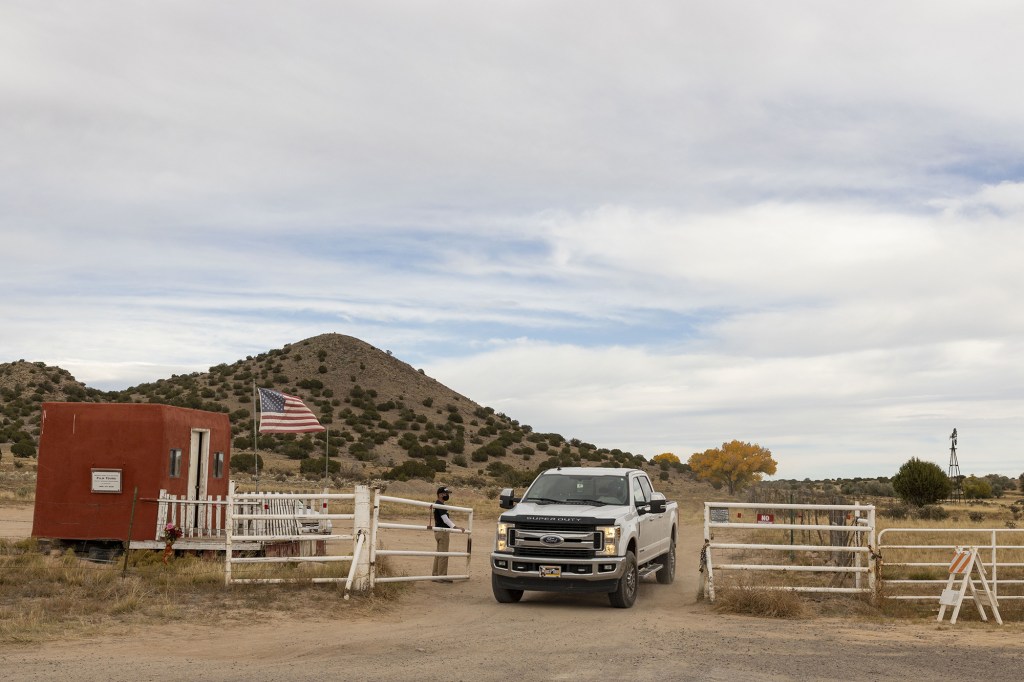 The prop gun that killed cinematographer Halyna Hutchins on a New Mexico movie set had been used that morning by crew members to shoot cans for fun, a report said Tuesday.

Just hours before the fatal accident, a group of crew members had taken the firearm to go “plinking,” a hobby in which people shoot at beer cans with live ammunition, amid production of the Alec Baldwin flick “Rust” in Santa Fe, an insider told the Wrap.

Production sources had previously revealed that the gun had been used for off-the-clock target practice — which could explain how a live round ended up in its chamber, TMZ reported.

One source on set claimed that when authorities arrived following the deadly shooting Thursday, they found live ammo and blank rounds stored in the same area that had been the site of the target practice.

Authorities have not confirmed the claims.

A search warrant released Tuesday revealed that nine shell casings were recovered by authorities responding to the set after Baldwin unknowingly fired a live round that fatally struck 42-year-old Hutchins in the chest and injured director Joel Souza, 48.

Reps for Rust Productions have maintained that safety was the “top priority.”

“Though we were not made aware of any official complaints concerning weapon or prop safety on set, we will be conducting an internal review of our procedures while production is shut down,” the production said in a statement to the Wrap.

“We will continue to cooperate with the Santa Fe authorities in their investigation and offer mental health services to the cast and crew during this tragic time.”