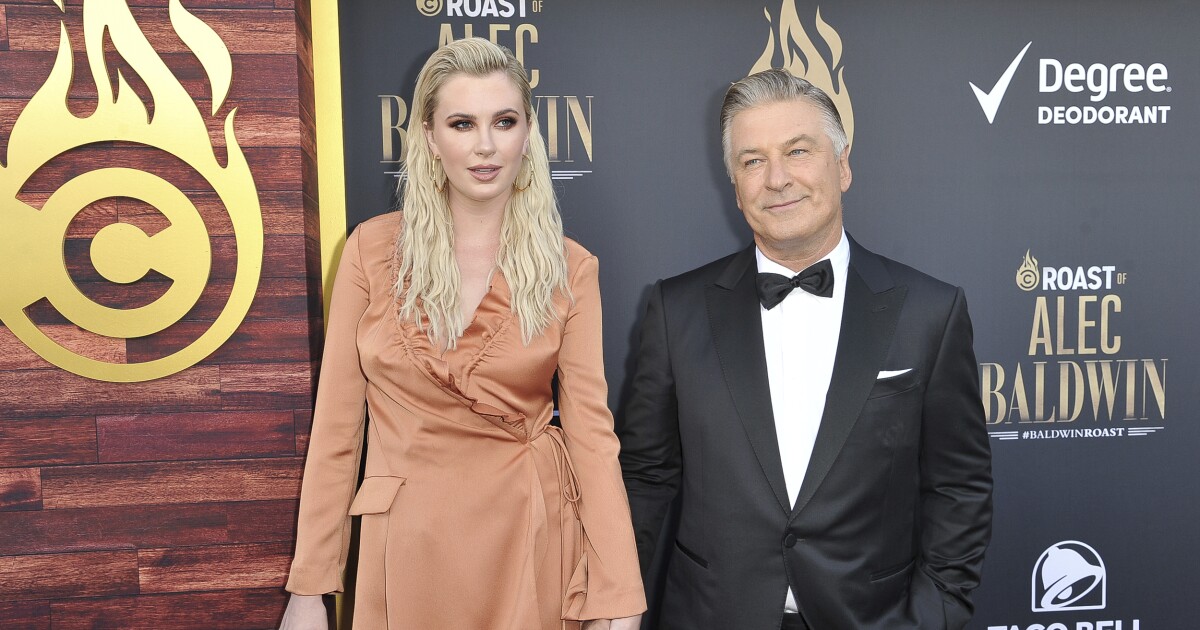 Alec Baldwin’s daughter Ireland Baldwin took a stand Monday against the “perpetuated hate and anger and fighting” that tinged commentary about last week’s fatal shooting on the “Rust” film set.

Baldwin, 26, the daughter of the “Saturday Night Live” guest star and his ex-wife, Kim Basinger, zeroed in on conservative pundit Candace Owens over her “tweets, lack of information and ignorance” about the incident. In a fiery rejoinder, she shut down Owens and others who politicized the shooting that killed cinematographer Halyna Hutchins and injured director Joel Souza.

Several of Alec Baldwin’s critics, including Donald Trump Jr. and conservative lawmakers, have weaponized the outspoken actor’s liberal politics to condemn the “Rust” star and producer, who was handling the gun when it discharged.

“Alec Baldwin spent 4 years dedicated to painting Donald Trump and his supporters as evil murderers,” Owens wrote last week in response to the shooting. “What has happened to Alec would be an example of poetic Justice if it weren’t for the actual innocent people that were murdered by him. Pray for their families, so sad,”

Owens then corrected the tweet “to say that “Alec Baldwin *killed* someone— not murdered someone, as murder carries a different legal definition.”

Baldwin’s daughter responded Monday, calling the polarizing commentator “the most disgusting, hateful, cancerous human being” she’s ever come across.

“Regardless of your foul opinions most of the time, the fact that you would disrespect the life of a woman who was accidentally and tragically killed….Shame on you,” the model wrote over a photo of Owens that she tagged her in. She also shared an image of Owens’ original tweet about the shooting. “I am ashamed to breathe the same air as this woman.”

“But we aren’t debating masks and vaccines and abortion and trans rights here… A woman’s life was lost. Your tweets, lack of information, and ignorance are hurting people. You and that scumbag [alt-right commentator Jack Posobiec] don’t have a clue what you’re even talking about and you usually never do.”

Then, addressing her own followers, Baldwin continued: “I respect people’s opinions… but if you support these absolute clowns… please don’t follow me any more. I beg.” She also implored them to stop following her if they also don’t respect people, support women’s rights, trans rights, LGBTQ rights and human rights.

“But reeeeaaaalllyyy hit that unfollow button if you’re trying to defame my father and tweet such horrific statements about this tragic situation. It breaks my heart that people are so hatefully ignorant…,” she wrote.

Owens also saw the diatribe and posted screenshots of a heated direct-message argument she and Baldwin had about it.

“Ireland Baldwin is in my DMs because I don’t feel bad for her psychopathic father,” Owens wrote Monday on Instagram Stories. “Feel bad for the victim, not Alec. He has always been a predator in Hollywood who was given a pass.”

Despite that, Baldwin and Owens ultimately came to some sort of truce that they posted about too.

“Some times having an actual conversation can go a long way,” Baldwin wrote in a screenshot about their understanding, which Owens reposted.

“Thank you for taking the time to have a real conversation,” Baldwin wrote to Owens in a DM. “Have a peaceful evening.”

“No problem. Same to you,” Owens responded.

Baldwin later added that “one thing we need less of in this world is perpetuated hate and anger and fighting… especially in the wake of this tragedy. Thanks, again, to everyone who have [been] so kind and supportive.”

On Friday Ireland Baldwin addressed the shooting by sending love and support to Hutchins’ family and friends and healing thoughts to Souza. She also said she wished she could hug her dad “extra tight today.”

Alec Baldwin’s wife, Hilaria Baldwin, and his brother Stephen Baldwin have also shown their support for the victims and for the “Rust” star, who has said that he’s “fully cooperating with the police investigation” into the incident.