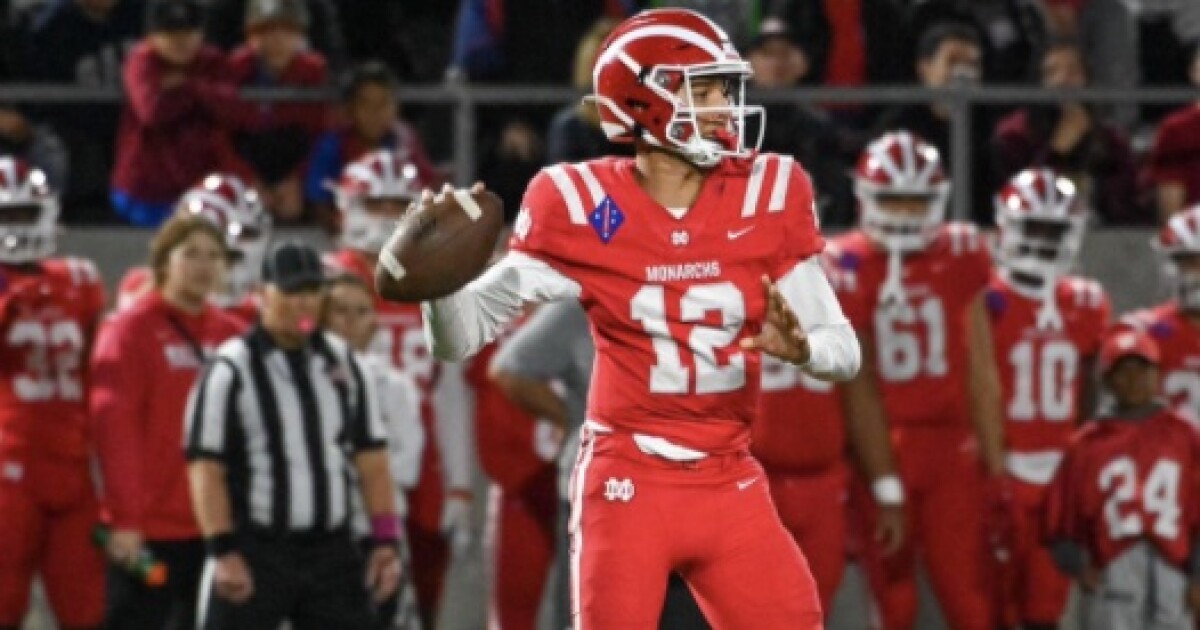 The City Section will release its high school football playoff divisions and pairings on Saturday. The Southern Section will do the same on Sunday. It’s the first time both are creating divisions based solely on performance during a single season. Both have previously used several years of past performances to help determine divisional placement and will be using CalPreps.com power rankings to determine seedings.

Here’s what you need to know.

There will be at least 216 playoff berths covering 14 divisions. Automatic berths are earned from league finish. At-large berths will be awarded first to teams with a .500 or better record. Here’s the link to CalPreps.com rankings going into the final weekend of the regular season. Santa Ana Mater Dei at 7-0 tops the rankings.

The expectation is there will be eight or nine teams in Division 1, followed by 16 teams in each of the remaining divisions, all ordered by the CalPreps rankings. It will be a true seeding. It doesn’t matter if two teams from the same league will play in the opening round. The higher seed gets to host the opening round game. An automatic qualifier must be the No. 1 seed for each division, so that could force a team to move up. For example, if Orange Lutheran is ranked No. 9, it would have to move to Division 1 so that an automatic qualifier is seeded No. 1 in Division 2.

These are supposed to be balanced playoff brackets leading to much more competitive games from the first round on if the computer rankings are accurate. The Division 1 final will be held at Long Beach Veterans Stadium on Nov. 26, a Friday night. The five state bowl finals will be held Dec. 10-11 at Saddleback College.

Here are the CalPreps.com power rankings going into the final weekend of the regular season. Unlike the Southern Section, the City Section has a seeding committee that reserves the right to adjust the rankings based on league finish and head-to-head competition. That could lead to debate from outsiders and won’t be a true seeding based on the power rankings.

Dorsey, a longtime power, is No. 12. Crenshaw is No. 15. There are new teams taking advantage of their stability while others were dealing with COVID-19 issues, such as unbeaten Lincoln ranked No. 4. Unbeaten Palisades has faced all City Section opponents except for playing Brentwood and is No. 3. Banning is No. 1 but has lost its best player to injury, running back Jakob Galloway.

The City Section playoffs will be much more unpredictable, because teams could lose athletes who are not fully vaccinated as required by the Los Angeles Unified School District starting Monday.