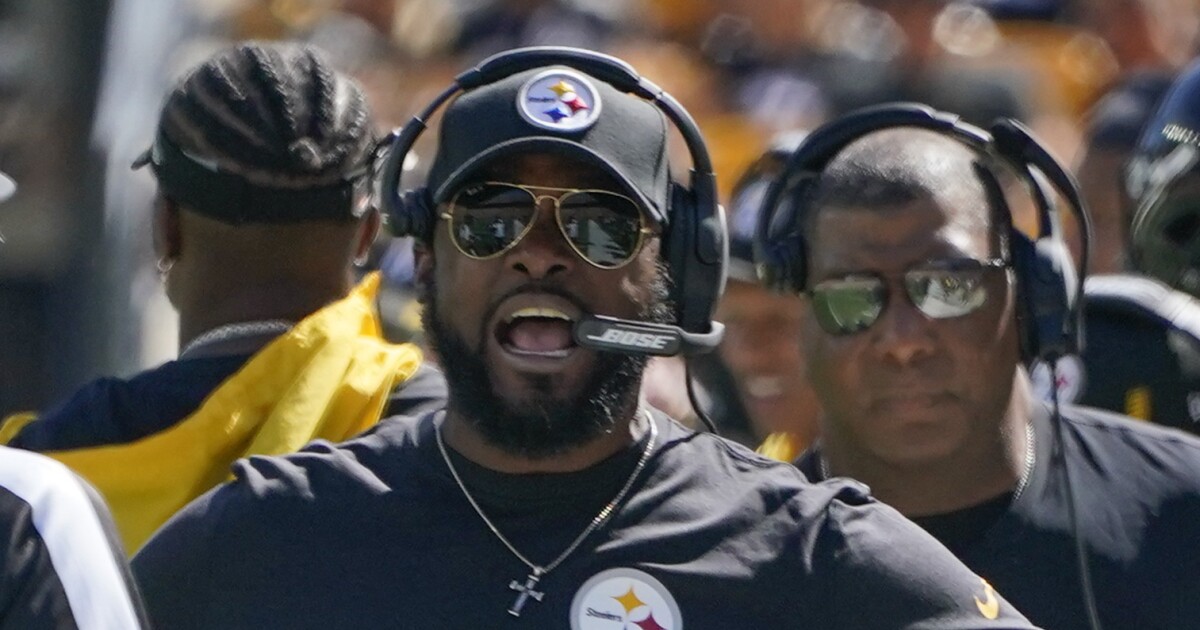 Steelers’ Mike Tomlin says he has no interest in USC job

Mike Tomlin is happy as coach of the Pittsburgh Steelers.

He has no interest in the USC coaching job.

And he has absolutely no tolerance for questions on that matter.

Tomlin made himself perfectly clear on all of the above while speaking to reporters Tuesday, a day after the longtime Steelers coach was thrust into the USC conversation when former Trojans great Carson Palmer mentioned him as a “wild-card” candidate.

Tomlin responded to a question regarding the Trojans job with an impatient tone and an angry look on his face.

“Hey, guys, I don’t have time for that speculation,” Tomlin said Tuesday, as his 3-3 team prepares for a game Sunday against AFC North rival Cleveland. “I mean, that’s a joke to me. I got one of the best jobs in all of professional sport. Why would I have any interest in coaching college football?”

“That’ll be the last time that I address it. And not only today, but moving forward. Never say never, but never. OK? Anybody else got any questions about any college jobs? There’s not a booster with a big enough blank check.”

A moderator asked if anyone had any more questions. No one responded.

But Tomlin wasn’t quite done. Before walking away from the mic, he angrily questioned why he was being singled out from the NFL ranks and bothered with such speculation.

Previous Why Zendaya is only in ‘Dune’ for 7 minutes: An explainer
Next Harbhajan Singh Taunts Mohammad Amir For Lord’s Test No Ball Spot Fixing Incident After Duo Engage in War of Words on Twitter