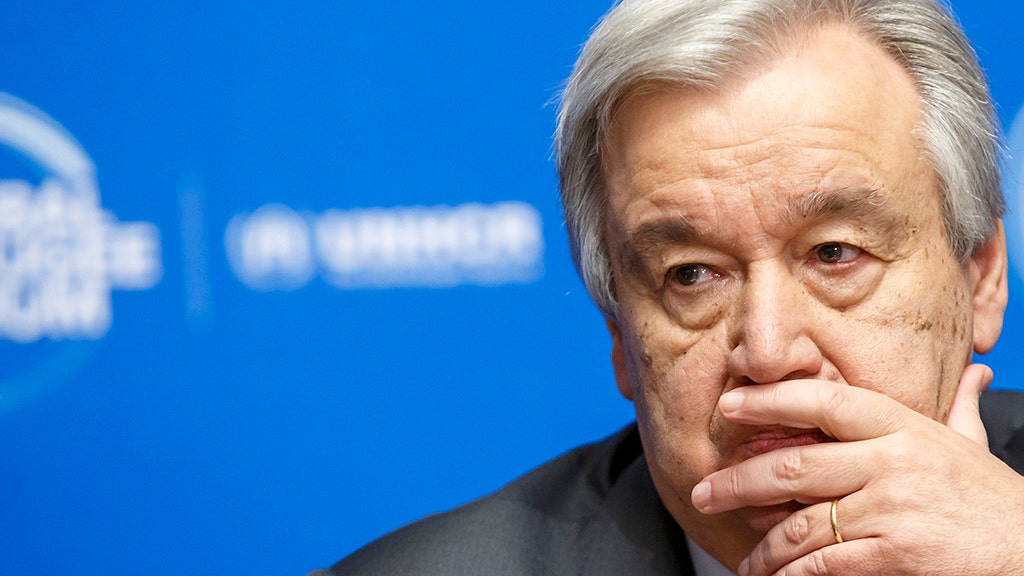 With less than one week until President Biden and other world leaders will meet in Glasgow for the Climate Change Conference, a UN report released Tuesday asserted that current goals to lower greenhouse gas emissions by 2030 will not be enough.

The latest Emissions Gap Report by the United Nations Environment Program (UNEP) found that the current “vague” goals put forward by 49 nations and the European Union by 2030 will stave off 7.5% of emissions by 2030.

But UN scientists have said the world will need to cut emissions by 55% to meet the Paris Climate Agreement and “limit global warming” by 1.5 degrees Celsius – a figure comparable to “pre-industrial levels.”

“Less than one week before COP26 in Glasgow, we are still on track for climate catastrophe,” UN Secretary-General António Guterres said during a press conference Tuesday.

“As the title of this year’s report puts it: ‘The heat is on.’ And as the contents of the report show — the leadership we need is off. Far off,” he added.

The U.S., along with roughly 75 other nations, have agreed to reach net-zero emissions by 2030 and would account for half of all global greenhouse gas emissions, “over half of global GDP” and “one-third of the global population,” reported the U.N.

But experts have warned that even if each country fully implemented the changes needed to meet this goal – changes that top nations like the U.S. have yet to enforce – global temperatures will still rise by 2.2 degrees Celsius by 2030.

REP. KHANNA SAYS BIDEN TOLD DEMS RECONCILIATION AGREEMENT A MUST BEFORE GLASGOW CONFERENCE: ‘I NEED THIS’

“The world has to wake up to the imminent peril we face as a species. Nations need to put in place the policies to meet their new commitments and start implementing them within months,” UNEP’s Executive Director Inger Andersen warned in the report.

Biden has urged Congress to make a deal on his multitrillion-dollar, two-bill infrastructure package – which includes funding for infrastructure and clean energy, along with a social spending package.

The president has reportedly told lawmakers to reach a deal by the time he heads to Glasgow for the near two–week-long summit Sunday.

Speaker of the House Nancy Pelosi has set an Oct. 31 deadline for a vote in the House on the original $3.5 trillion package – which has been narrowed to a spending limit somewhere between $1.75 trillion and $1.9 trillion.

“The emissions gap is the result of a leadership gap but leaders can still make this a turning point to a greener future instead of a tipping point to climate catastrophe. The era of half measures and hollow promises must end,” Guterres said.