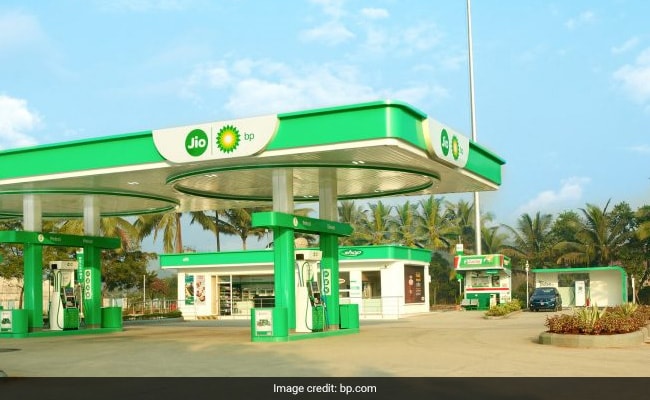 The joint venture of billionaire Mukesh Ambani-owned Reliance Industries and energy major bp – Jio-bp today announced the launch of its first branded mobility station at Navde, Navi Mumbai in Maharashtra. In a statement released on Tuesday, October 26, Jio-bp said that it will sell additivised fuel at no extra cost, instead of regular fuels, at its ‘mobility stations’ – which will take place for the first time in India.

Jio-bp will also set up a network of electric vehicle (EV) charging stations and battery swap stations, at its mobility stations and other standalone locations – Mobility Points, according to its statement. The joint venture aims to become a leading EV charging infrastructure player in the country.

The fuel offering will contain the internationally developed ‘ACTIVE’ technology – which forms a protective layer on critical engine parts to help keep the engines clean. As part of the joint venture, the existing network of more than 1,400 fuel pumps will be rebranded as Jio-bp.

Jio-bp will provide a network of Express Oil Change outlets – in partnership with Castrol, at its mobility stations, which will also include free vehicle health check-up and free oil-change service by professionally trained experts. Every two-wheeler customer buying the Castrol lubricant at the Express Oil change outlets will be able to avail the oil change service at no cost, according to Jio-bp.

The convenience offering will also offer refreshments to customers who are on the move, through its 24×7 shop – ‘Wild Bean Café’ – in partnership with Reliance Retail – the country’s largest retailer.

The international on-the-move brand by bp will serve its signature coffee along with a blend of regional and local fare including masala chai, samosa, upma, paneer tikka roll, and chocolate lava cake to customers.

Previous Amazon Sale 2021: Up To 50% Off On Cups And Mugs- Grab Them Today
Next RECENT UPDATE: Apple’s MacBook Pro is a GPU-shaped warning to Nvidia and AMD