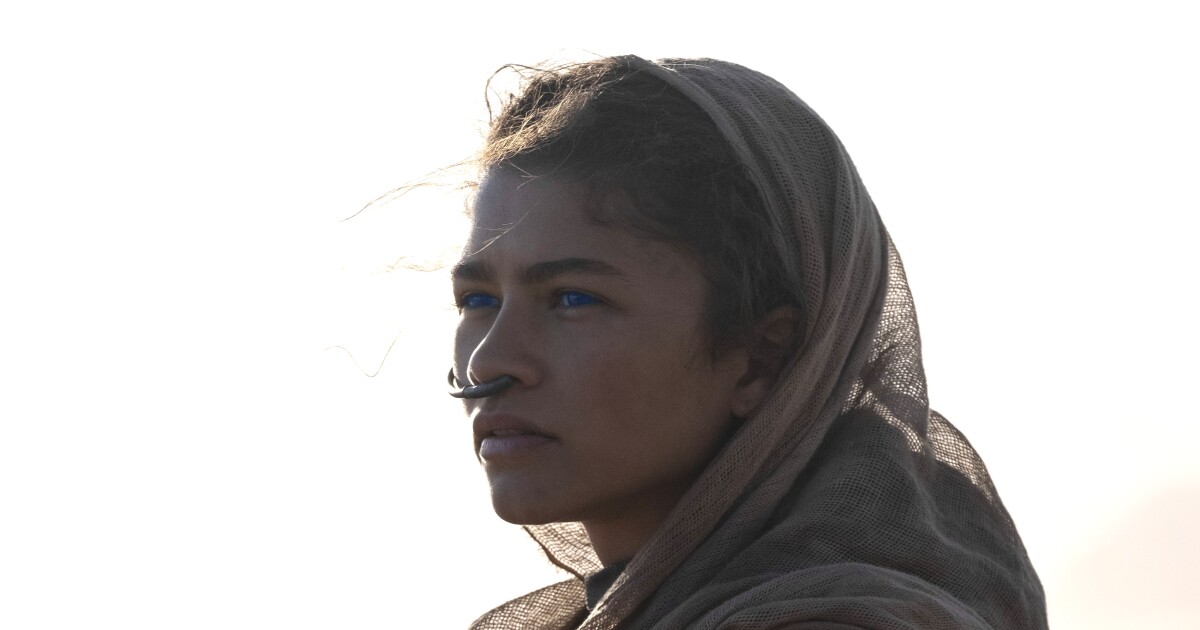 Why Zendaya is only in ‘Dune’ for 7 minutes: An explainer

“Dune” is about 155 minutes long. Approximately seven of those minutes — or 4.5% of the film — feature top-billed star Zendaya.

It’s easy to understand why fans of the Emmy winner are feeling tricked, betrayed and disappointed by her minimal screen time in the sci-fi epic, which debuted in theaters and on HBO Max over the weekend.

After all, Zendaya’s name and likeness are featured prominently on the poster for the movie and her character occupies a substantial portion of the trailer. In recent weeks, she and co-star Timothée Chalamet have carried the “Dune” press tour on their backs with their compelling chemistry and charm.

So — to echo the collective frustration of Zendaya fans across social media (WHAT DO YOU MEAN ZENDAYA IS ONLY IN DUNE FOR SEVEN MINUTES,” tweeted one person. “I don’t wanna spend $13 to see zendaya for only seven minutes,” wrote another) — why is she barely in the movie?

“I didn’t have to fight for this idea,” Villeneuve told the Los Angeles Times of his decision to break the book into two movies.

“I just said to them, ‘Guys, the story is so rich, so complex, it takes all its strength from its details and its poetry. I truly think to do justice to the book, we should do it in two parts.’ And they immediately said yes.”

In a 2005 paperback edition of Herbert’s infamously dense 1965 text, Chalamet’s Paul Atreides meets Zendaya’s Chani on page 360 of 617. Before that, Paul — heir to the powerful Atreides empire — frequently dreams of Chani, a nimble and resourceful native of the desert planet Arrakis, also known as Dune.

True to the source material, Zendaya’s Chani only appears in a handful of vision and dream sequences throughout the movie — until her climactic introduction around the two-hour-and-16-minute mark.

She does, however, narrate the beginning of the film. That’s a significant deviation from the novel that launches the story from the perspective of the Indigenous people of Arrakis rather than their nonnative “oppressors,” as Chani calls them in the movie.

To be fair, Zendaya has been transparent about her limited involvement in “Dune” during interviews leading up to the release of the film. While appearing last week on “The Late Show with Stephen Colbert” alongside Chalamet, the “Euphoria” star revealed she was only on the “Dune” set for a total of five days, arriving well into the lengthy production.

“On my first day, I’m landing in what quite literally felt like Arrakis, because everybody was already in their costume when I met them,” she told Colbert.

“I was very intimidated. And on top of that … I didn’t get to see all of the other things that they had created up until this point, so when I got to see the movie, I was blown away. My jaw was on the floor in the same way, because I had no idea what other things you guys had shot. I just got to watch it as a fan.”

The pair of A-listers also mentioned on “The Late Show” that tentative production dates have been set aside for a potential sequel to “Dune,” which Chalamet, Zendaya and Villeneuve have all repeatedly expressed a desire to make.

If greenlighted, the next chapter of the “Dune” saga would likely include a lot more screen time for Chani, who emerges as a romantic lead in the latter portion of the novel while teaching Paul the ways of the desert. And Villeneuve has preemptively identified Zendaya as the female protagonist of Part 2, should the sequel make it to the big screen.

“There’s so much more to explore with these characters, with this world,” Zendaya told “Good Morning America” earlier this month.

“I would love to be able to revisit these characters. I got a … small bit of time to hang out with everybody, and I would absolutely love to do it again because I feel like I learned so much, and it was one of the coolest experiences of my life. So hopefully people go see it and love it, and we’ll be back.”