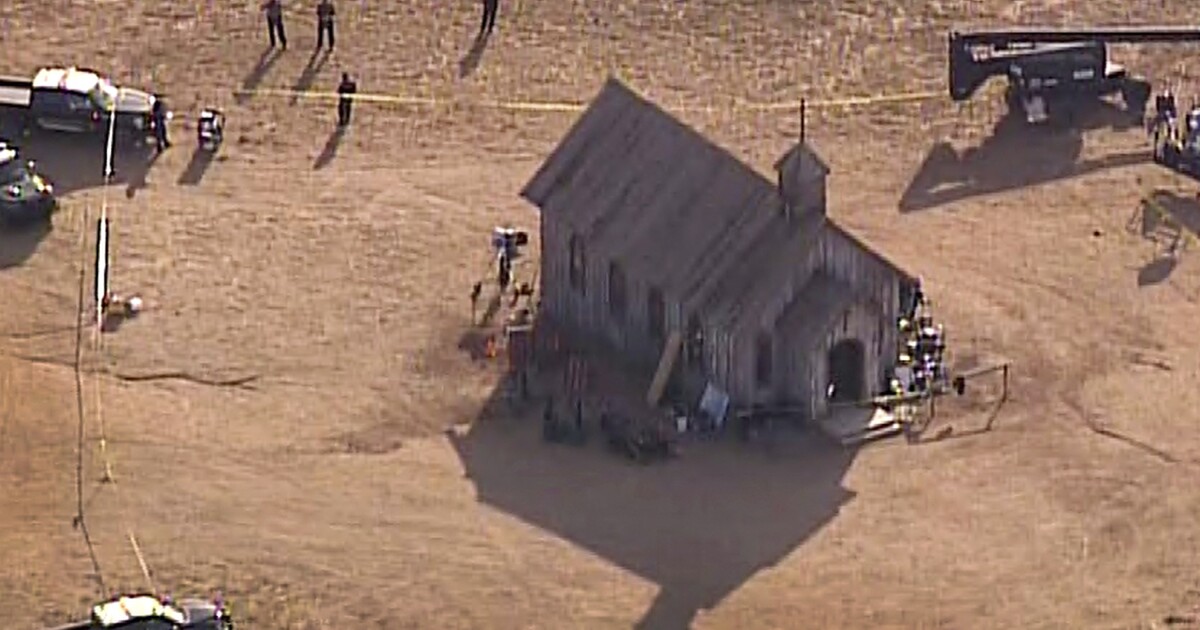 For consumers, today’s entertainment landscape can look like a kind of digital nirvana, an endless all-you-can-eat buffet in which every form of diversion imaginable is just a click away.

Last week’s tragic death of cinematographer Halyna Hutchins on the New Mexico set of the Alec Baldwin film “Rust” — coming just days after a threatened strike by the International Alliance of Theatrical Stage Employees nearly brought the industry to a halt — has exposed a stark reality.

To many film workers, particularly those on lower-budget projects, Hollywood’s dream factory is too often beginning to feel more like a sweatshop. With the business models that long sustained the independent film world crumbling, they say Hutchins’ death, coupled with reports of labor tensions and lax safety standards on the “Rust” set, is the byproduct of an ailing system that is increasingly putting lives at risk in the pursuit of shrinking profits.

“The predicament we’re in makes you think of Upton Sinclair,” says director Adam Egypt Mortimer, who worked with Hutchins on last year’s low-budget sci-fi superhero film “Archenemy.” “There is a continuum from the way that a crew is treated on a project like this to the way people working in warehouses at Amazon are treated. There’s this amount of money that’s not going to the safety and wellbeing of the laborers, and their labor is being converted into the product. We can’t keep grinding people down.”

Speaking to hundreds of film workers at a candlelight vigil for Hutchins in Burbank on Sunday evening, IATSE Vice President Michael Miller noted sadly that Hutchins’ death came just seven years after camera assistant Sarah Jones was struck and killed by a freight train on a trestle in Georgia during the filming of another low-budget feature, “Midnight Rider,” whose director, Randall Miller, pleaded guilty to criminal trespass and involuntarily manslaughter charges and served a year in prison before his release.

”The circumstances are not identical but they are way too familiar,” Michael Miller said. “The idea that there isn’t time for safety is just wrong. The concept that schedule is more important than safety or that the budget is more important than people is one that simply cannot be allowed to persist. If you’re on a set and your crews are telling you that it’s not safe, listen to that.”

Major studios said they have taken important steps to address complaints from workers about unsafe working conditions on sets. An alliance representing the leading production companies, including Walt Disney, WarnerMedia and Netflix, recently negotiated a proposed contract with IATSE that is intended to reduce long hours on sets. The deal, for example, includes for the first time 54-hour breaks over weekends, but has garnered mixed reviews among some union members.

While film- and TV-related deaths have declined in recent decades, thanks in part to the expanded use of digital effects to replace dangerous physical stunts, Hutchins’ and Jones’ deaths are not the only high-profile on-set fatalities in recent years. In 2015, two crew members of the Tom Cruise movie “American Made” died in a plane crash during production. Two years later, stuntman John Bernecker died from injuries sustained while filming a scene for “The Walking Dead.” Also in 2017, stuntwoman Joi “S.J.” Harris perished during a motorcycle stunt on “Deadpool 2.”

Since Hutchins’ death, questions have swirled about the improper handling of guns on the set of “Rust,” with attention centered on the inexperience of armorer Hannah Gutierrez Reed.

Santa Fe County Authorities said Wednesday that the projectile that fatally wounded cinematographer Hutchins was a lead bullet, one of roughly 500 rounds of ammunition recovered from the set of the film “Rust.”

The film’s production company, Rust Movie Productions, said Friday in a statement that it was “not made aware of any official complaints concerning weapon or prop safety on set,” and that it would be conducting an internal review.

“The safety of our cast and crew is the top priority of Rust Productions and everyone associated with the company,” the company said. “We will continue to cooperate with the Santa Fe authorities in their investigation and offer mental health services to the cast and crew during this tragic time.”

In the days since, film and TV productions have begun to reconsider the use of real weapons on set and a California state lawmaker called for an outright ban of firearms on sets.

But some argue the focus on guns misses the bigger picture.

“The discussion around on-set firearms is valuable,” director James Gunn, who directed small-scale genre fare before graduating to big-budget spectacles like Marvel’s “Guardians of the Galaxy,” wrote Sunday on Twitter. “But my fear is it’s now obscuring discussing the many ways dozens have died or been grievously injured on movie sets because of irresponsibility, ignoring safety protocols, improper leadership & a set culture of mindless rushing.”

Speaking to The Times at Hutchins’ vigil, set medic Margarita Velona said that the true toll of long hours and short turnarounds on sets can be found in the sorts of near-misses and everyday mishaps that don’t make headlines.

“I’ve had to take care of somebody because they fell asleep at the wheel on the way to work,” Velona said. “The extreme hours kick your butt by the end of the week. We don’t see our families. If you just took a couple more days and added it to your budget, you wouldn’t have to treat us that way. Instead they just bring in a coffee truck.”

With the cratering of arthouse theatrical distribution, which has only accelerated since the pandemic began, the already ailing independent film business has been further weakened, putting greater downward pressure on production budgets.

Once thriving independents such as Open Road Films, Overture Films and Alchemy are gone. In some cases, private equity firms have scooped up the libraries. The international distribution market has virtually collapsed, and ready sources of financing have dried up.

Yet as the theatrical marketplace for independent films has evaporated, the supply has not slowed. If anything, it has only increased, fueled by a proliferation of new digital platforms and by deep-pocketed streaming services like Netflix and Amazon with an insatiable appetite for ever more content.

Lured by what they see as a streaming gold rush, new would-be producers have entered the business and attempted to mount ambitious productions often without the experience, relationships or understanding of film-set culture required.

Among the various entities behind “Rust” is Streamline Global, a company founded in 2017 whose website compares feature films to “acquiring an aircraft” in terms of its “tax benefits in the form of bonus depreciation or tax credits.”

“The dilution of the producer credit over the last two decades absolutely has something to do with this tragedy,” says Green, who is the union’s president. “There are so many vanity credits: directors are producers, actors are producers, financiers are producers. But who is the person that actually knows how to properly run a set? I think it’s getting harder and harder to pinpoint that.”

Matt Miller, who runs the independent production studio Vanishing Angle, says that producers need to understand how to work within budget restrictions, without sacrificing professionalism or the welfare of the cast and crew.

He notes that on the upcoming darkly comic thriller “The Beta Test,” which had a relatively tiny budget of under $300,000, the production still hired an intimacy advisor to make sure that the actors felt safe performing scenes with sexual activity.

”It’s really about trying to encourage a community culture to show that there’s a better way to treat people,” Miller says. “You don’t have to have crazy long days and you don’t have to do things unsafely. You don’t even have to do it altruistically. Do it because you’re going to get a better product, and it’s going to make your next movie better because the crews will want to work with you again.”

In the end, though, Green believes the way to create safer, more humane film sets may simply be to have fewer of them.

“Nobody wants to accept that there’s a now a very, very small place for independent film,” Green says. “We are churning out a high level of content that has no place to go. What really should happen is we don’t make as many movies and TV series, and we make them correctly. That’s what needs to happen in order for this to change. But I don’t know that that the powers that be are willing to do that.”