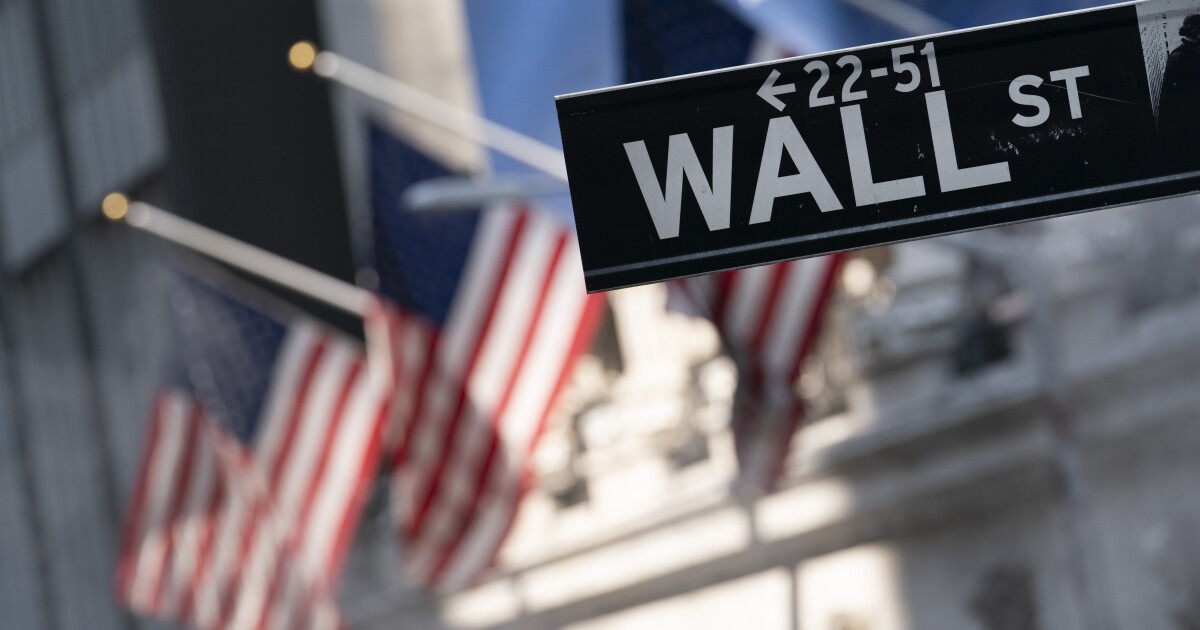 Stocks end lower on Wall Street, easing back from records

Banks and healthcare companies helped pull stocks on Wall Street mostly lower Wednesday, as the market eased back from its latest record highs.

The Standard & Poor’s 500 index fell 0.5% after shedding a modest gain as the selling picked up in the last hour of trading. The Dow Jones industrial average dropped 0.7%. Both indexes set all-time highs the day before.

Investors were focusing on a mixed batch of earnings from well-known companies, including Microsoft, General Motors and Coca-Cola.

The S&P 500 slipped 23.11 points to 4,551.68. More than three-fourths of the companies in the benchmark index fell, with financial, healthcare and industrial stocks accounting for most of the decline. Those losses offset gains from communication services stocks and a mix of companies that rely on consumer spending.

Long-term bond yields fell significantly and weighed down banks, which rely on higher yields to charge more lucrative interest on loans. The yield on the 10-year Treasury fell to 1.53% from 1.61% late Tuesday. JPMorgan Chase fell 2.1%.

The yield on the 30-year Treasury fell below 2% for the first time in a month to 1.96%, even though rates on shorter-term U.S. bonds, such as the two-year Treasury note, have been rising.

A mix of companies that rely on direct consumer spending also gained ground. Domino’s Pizza rose 3.1%. McDonald’s rose 2.7% after reporting solid financial results as an easing of business restrictions helped sales growth. Coca-Cola rose 1.9% as sales grew along with the reopening of many venues and businesses over the summer.

Fashion rental pioneer Rent the Runway fell 8.1% in its stock market debut after an early rally faded. The New York company’s offering priced at $21 and closed at $19.29 a share.

Outside of earnings, investors are also awaiting the latest update on U.S. economic growth when the Commerce Department releases its report on third-quarter gross domestic product Thursday.

Rising inflation remains a key concern for investors as they monitor earnings and the effects of supply chain problems and higher prices on businesses and consumers. Investors are also looking ahead to the Federal Reserve’s meeting next week to see how it moves forward with plans to trim bond purchases and its position on interest rates.

The central bank has maintained that inflation will prove to be “transitory” and tied to the economic recovery, though it has been more persistent than initially expected.

“Investors are coming to the realization that transitory could be significantly longer,” Hooper said.

Markets in Asia closed lower as a Chinese newspaper warned that more real estate developers are likely to default on bonds. Investors are watching whether one of the biggest developers, Evergrande Group, can avoid a default on 2 trillion yuan ($310 billion) of debt.