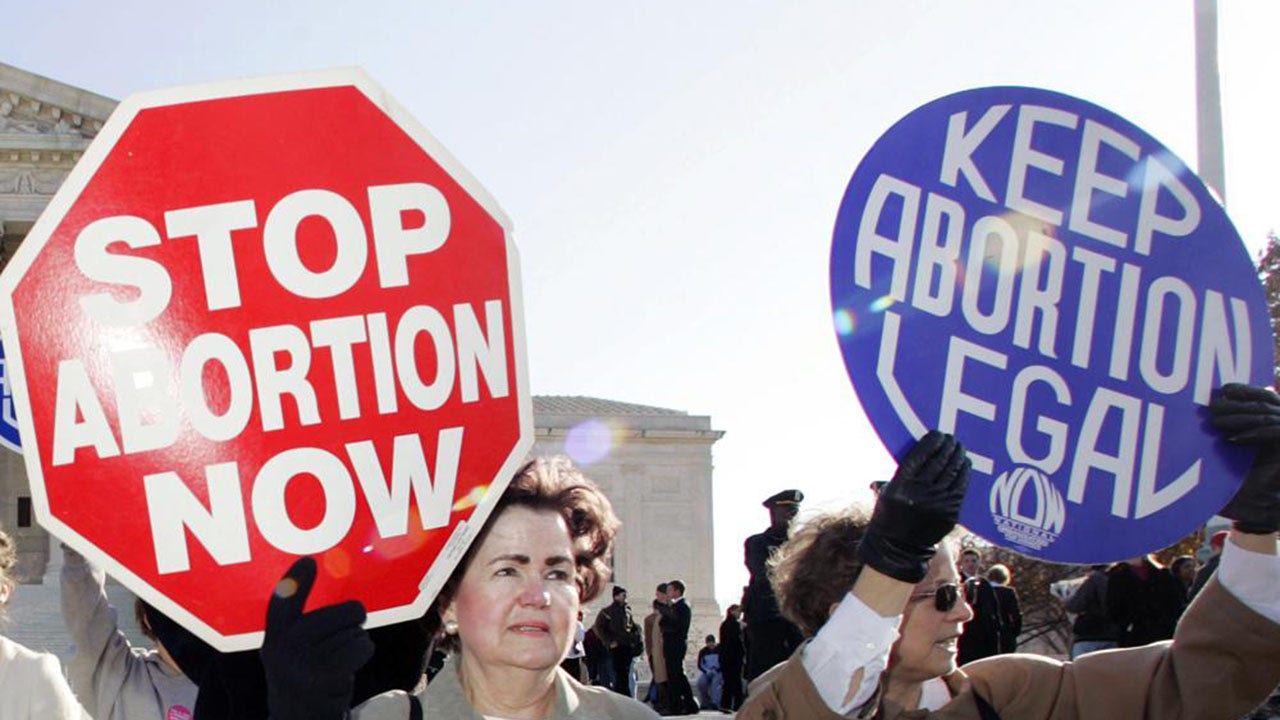 The U.S. Supreme Court will embark Monday on the first chapter of a legal saga over abortion that could see the nationwide right to the procedure sharply limited in coming months.

It will mark a fresh legal look at a socially divisive issue, with a 6-3 conservative high court majority poised for a politically-charged ruling.

The justices over the next month will hear separate challenges to restrictions on abortion access enacted by Mississippi – with its ban after 15 weeks of pregnancy – and Texas – with a more restrictive six-week ban.

The Texas dispute will be heard first, in two hours of oral arguments Monday, which will be more procedural in nature, and not likely to address the key question of whether the state law’s restrictions on most abortions are constitutional.

That high-stakes debate will happen Dec. 1, when Mississippi’s law will be argued before the nine justices. The state wants key Supreme Court precedents permitting abortions, known as Roe (1973) and Casey (1992) – struck down entirely.

The opportunity for a sweeping pivot on abortion – at a time when the high court’s own reputation and legitimacy is threatened – could be tempered by an unpredictable, cautious court that has shown it is not always eager to speak along sharp ideological lines. That may produce split rulings, with uncertain lasting impact.

“I’m sure that the chief justice would rather go fairly slowly. That tends to be his inclination in these situations,” said Paul Smith, a Georgetown University law professor and appellate attorney who has argued frequently before the justices. “But there will be some justices who are impatient to get to the final determination of the validity of Roe. I could imagine a situation where you have three liberals saying those should be upheld; three saying we don’t need to address that question yet; and three saying it obviously should be overruled.”

Besides Chief Justice John Roberts, much of the focus at arguments will be on two of former President Donald Trump’s picks: Justices Brett Kavanaugh and Amy Coney Barrett. Their questioning of counsel could signal whether a compromise approach is possible.

The Texas law known as SB 8 would ban most abortions at about six weeks, when a fetal heartbeat may be detected.

The high court for now will keep the statute in effect while legal challenges continue in lower courts. Many of the roughly two dozen abortion clinics in Texas say they have turned away patients, forcing some women to go out-of-state for the procedure, or unwillingly continue their pregnancy.

GOP Gov. Greg Abbott signed it into law this spring, and while it allows abortions for “medical emergencies,” there are no exceptions for rape or incest. Similar laws in other states have been passed, or are awaiting enactment, depending on what the Supreme Court ultimately decides.

Two separate arguments will be held back to back on the Texas dispute, just 10 days after the high court granted review. The breakneck pace with which the justices are confronting the issue is a sign that they recognize the high stakes involved.

But the issue at this stage is a more textured question: Who can sue and who may be sued under the law? The Justice Department and abortion providers have separately gone to federal court over a key provision, which creates financial incentives for private citizens – even non-Texans – to file civil lawsuits against physicians and those who help women obtain an abortion. That ambiguous enforcement scheme is at the heart of the current legal fights.

“The [state] government has no role in enforcing it,” said Josh Blackman, a constitutional law professor at South Texas College of Law Houston. “So basically every Texas citizen is now a private attorney general.”

“The legal limbo is excruciating for both patients and our clinic staff.  Lack of access to safe abortion care is harming our families and communities and will have lasting effects on Texas for decades to come,” said Amy Hagstrom Miller, founder and CEO of Whole Woman’s Health, which brought one of the lawsuits. The group operates four clinics in Texas. “We’ve had to turn hundreds of patients away since this ban took effect.”

More than 90 percent of abortions take place in the first 13 weeks of pregnancy, according to the CDC. Abortion rights groups say the six-week ban promoted by Texas and other states would occur before many women even know they are pregnant.

Texas Attorney General Ken Paxton told the court in a legal brief, “The heartbeat provisions in SB 8 reasonably further Texas’s interest in protecting unborn life, which exists from the outset of pregnancy.”

“This is a great development for the Pro-Life movement because the law will continue to save an estimated 100 babies per day,” said Kimberlyn Schwartz of Texas Right to Life, “and because the justices will actually discuss whether these lawsuits are even valid in the first place.”

The more direct challenge to abortion rights lies in Dobbs v. Jackson Women’s Health Organization, which will be presented to the justices exactly a month after the Texas cases.

At issue: whether all pre-viability prohibitions on elective abortions are unconstitutional. Mississippi officials are boldly asking the court to overturn its 1973 Roe v. Wade precedent, under which abortions are legal nationwide until about the 24th week – the point of viability where the fetus can survive outside the womb.

Lower courts have blocked that and a subsequent state law banning abortion after six weeks. The state’s only remaining abortion clinic, backed by the Biden administration, has asked the court to uphold Roe and invalidate the Mississippi law.

A Fox News poll out in late September showed that 65 percent of Americans favor keeping Roe as the law of the land. That includes, for the first time in the survey, a majority of Republicans. Just 28 percent want the ruling overturned.

But there is an even split on whether abortion should be legal.

Other surveys in recent weeks have shown public confidence in justices acting in the country’s best interests to be dropping. Some legal commentators say a sweeping ruling on abortion – however it turns out – is sure to further fracture the judiciary’s reputation in increasingly partisan times.

Sandwiched between the Texas and Mississippi arguments will be a report in November from President Biden’s Supreme Court Commission – tasked with studying potential changes to the high court – including adding more justices to the bench and imposing term limits, instead of the current life tenure.

Handicapping how this court will rule on abortion might start with a look back at what some of the justices have said on the issue.

The court’s strongest proponent for overturning abortion precedent may be Clarence Thomas, the senior associate justice.

He strongly dissented in the 1992 Planned Parenthood v. Casey decision, which upheld the right to abortion, and has consistently held those views over the years. In a 2000 case, he called Roe “grievously wrong.”

“Abortion is a unique act, in which a woman’s exercise of control over own body ends, depending on one’s view, human life or potential human life,” he wrote. “Although a State may permit abortion, nothing in the Constitution dictates that a State must do so.”

On the other side, Justice Elena Kagan has been a forceful advocate of stare decisis, the legal concept of respect for judicial precedence, which proponents say fosters clear societal expectations and judicial integrity.

In a Sept. 1 dissent when the Texas law was first allowed to go into effect by the high court, Kagan criticized its intent, saying it “prohibits abortions for the vast majority of women who seek them — in clear, and indeed undisputed, conflict with Roe and Casey.”