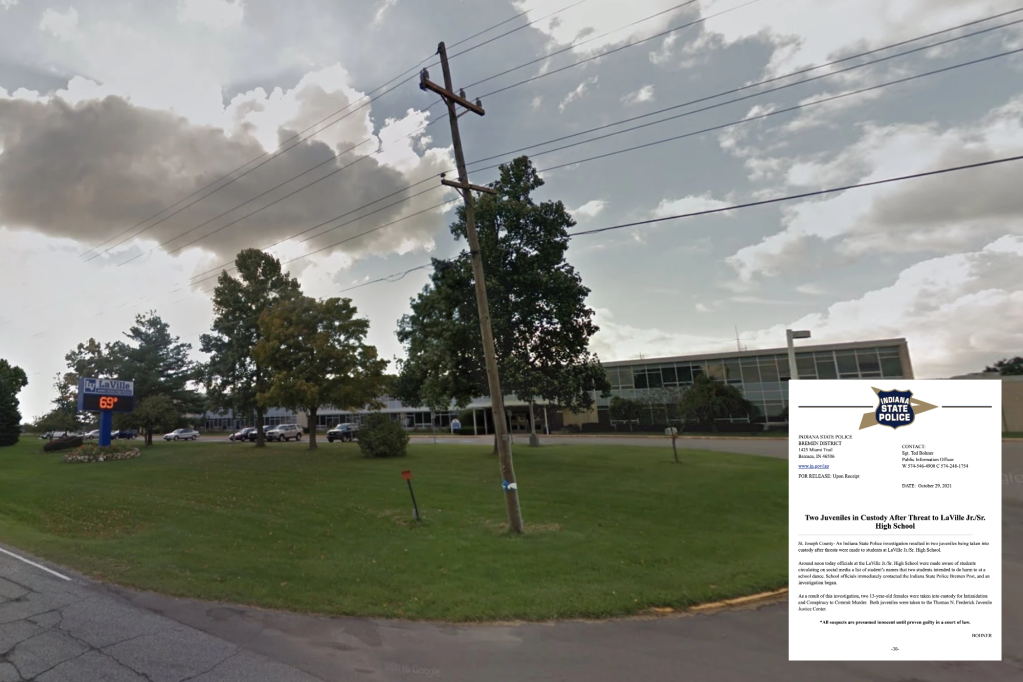 Two 13-year-old girls were taken into custody after threatening to kill fellow students at a school dance after their list of the students they planned to target circulated on social media, officials said.

School officials at LaVille Jr. and Sr. High Schools in Lakeville, Indiana were first made aware of the list around noon on Friday and contacted the Indiana State Police, which launched an investigation, ISP said in a statement.

The two girls were taken into custody for intimidation and conspiracy to commit murder, cops said. Both were transported to a juvenile detention center.

The Union-North United School Corporation said that despite the threat, the school decided to host its junior high dance after it was deemed safe by officials.

“The decision was made to continue with the junior high dance so as not to penalize all other students, since the suspects were in police custody,” the district said. “There were also additional law enforcement officers at the school during the dance. It was deemed that everyone was totally safe in the building at all times.”