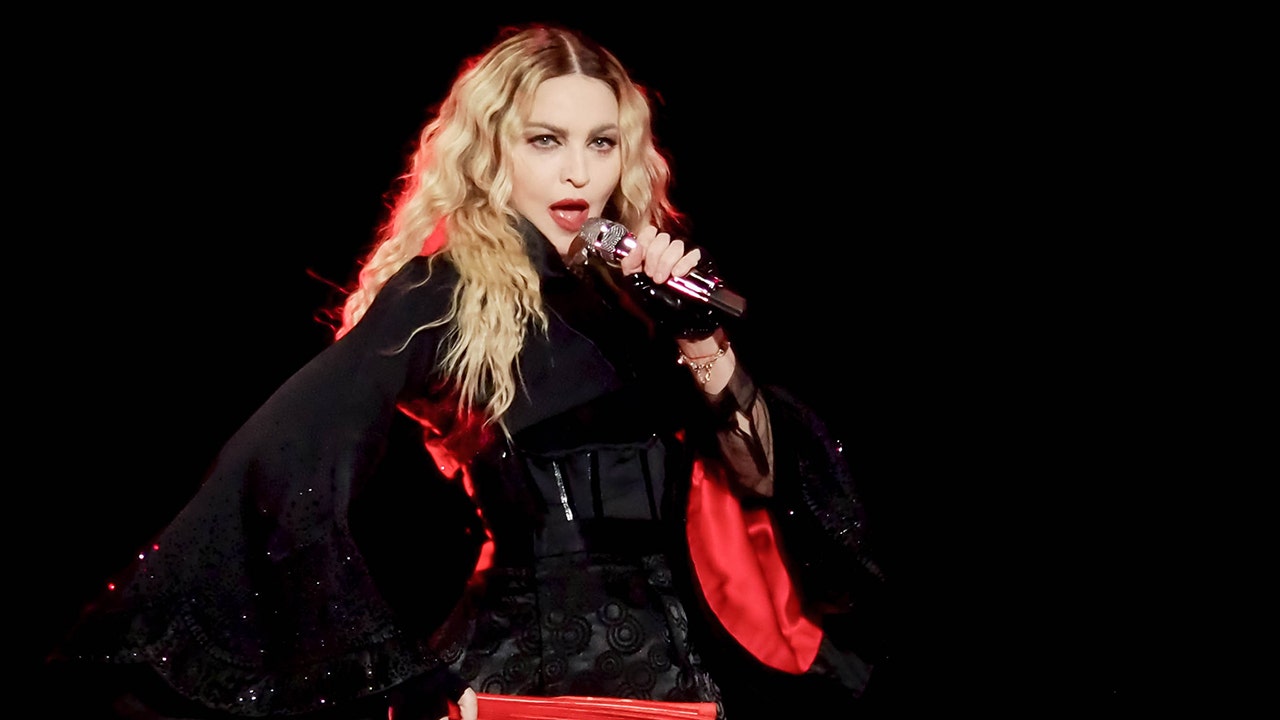 Madonna speaks out on cancel culture: ‘No one’s allowed to say what they really think’

Madonna has never been shy about speaking her mind.

In a new interview with playwright Jeremy O. Harris for V magazine, the singer got candid about cancel culture.

“It’s interesting because peace is subjective,” the 63-year-old explained. “The way people think about the pandemic, for instance, that the vaccination is the only answer or the polarization of thinking you’re either on this side or the other. There’s no debate, there’s no discussion.”

According to the star, she’s not afraid to disturb the peace.

MADONNA DETAILS RECENT PHONE CALL SHE HAD WITH BRITNEY SPEARS

Madonna got candid about cancel culture, ageism in a new interview for V magazine.
(Getty Images)

“That’s something I want to disturb,” she said. “I want to disturb the fact that we’re not encouraged to discuss it. I believe that our job [as artists] is to disturb the status quo. The censoring that’s going on in the world right now, that’s pretty frightening. No one’s allowed to speak their mind right now. No one’s allowed to say what they really think about things for fear of being canceled, cancel culture. In cancel culture, disturbing the peace is probably an act of treason.”

Madonna said it’s more important to speak up than to remain silent — even if people disagree with you.

The star also discussed ageism in Hollywood. Madonna stressed that retirement is the last thing on her mind these days.

“I don’t even think about my age, to tell you the truth,” said the Material Girl. “I just keep going. Even when I performed almost my entire tour in agony, I had no cartilage left in my right hip, and everyone kept saying, ‘You gotta stop, you gotta stop.’ I said, ‘I will not stop. I will go until the wheels fall off.’ And it was COVID that shut us down in Paris when we still had 10 days left of shows and I was going to keep going. I didn’t care how much it hurt.”

And Madonna has no qualms about staying busy. In September 2020, Universal Pictures announced that the studio is developing a film about the pop star. Madonna will direct and co-write with “Juno” scribe Diablo Cody. Madonna previously directed the 2008 British drama “Filth and Wisdom” and the 2011 period piece “W.E.”

The pop icon revealed the last thing she wants to do is hang up the microphone. She has sold 335 million records worldwide in her career. Madonna’s last album was 2019’s “Madame X.”

“I don’t ever think about the limitations of time and when I should be stopping,” she said. “I only think about it when extremely ignorant people say to me, ‘Don’t you think you’ve earned the right to just sit back and enjoy all of your success and all things that you’ve achieved and retire?’ Not retire, no one would dare say that word to me. I say to them, ‘Wait a second. Why do you think I do what I do?'”