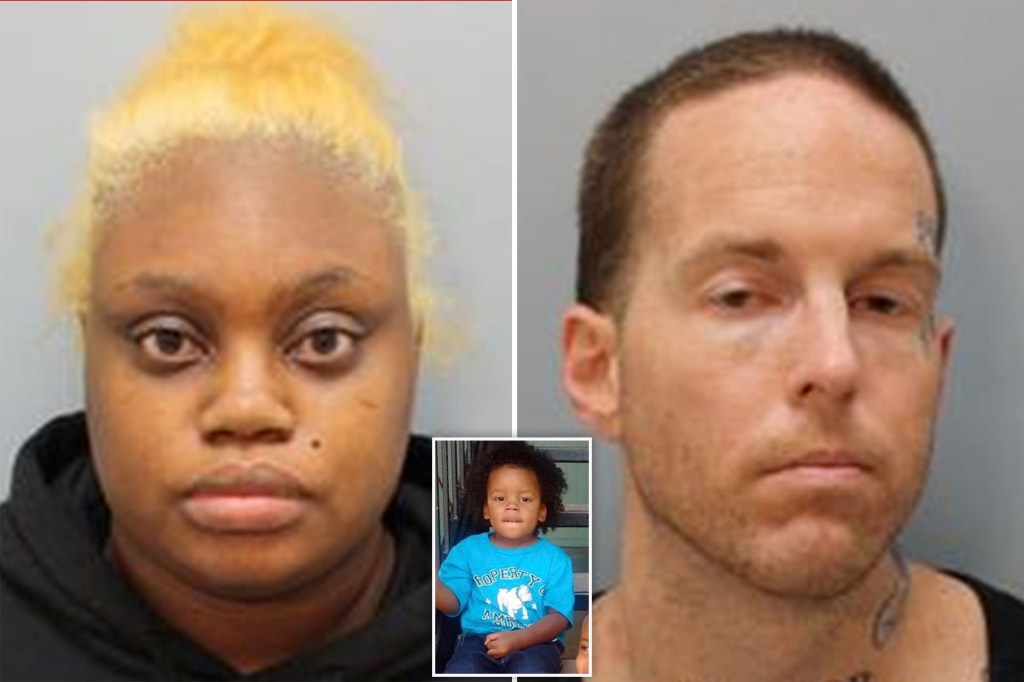 A Texas mother lived for months with the remains of her 8-year-old son, who was allegedly killed by her boyfriend, before abandoning and locking up her three other children with their brother’s decomposing body, according to gruesome new details reported Monday.

Gloria Williams, 35, made her first court appearance in Harris County on Monday where she is charged with injury to a child by omission and tampering with evidence. Her boyfriend, 31-year-old Brian Coulter, is charged with beating 8-year-old Kendrick Lee to death around Thanksgiving of 2020.

According to new details presented in court Monday, Williams and Coulter lived with Kendrick’s remains until March when the couple moved out, leaving the body behind with her three other children, ages 15, 9 and 7 in the home, ABC13 reported.

The children, who appear to have different fathers, told authorities they were locked in the room with their brothers’ remains for nearly a year, even when the couple still lived there. Williams sent groceries to the apartment once a month and continued to pay the lease so the body would not be found, authorities said.

The body was discovered after William’s 15-year-old son called 911 on Oct. 24 and told police that he and his siblings had been living with their brother’s dead body.

Authorities found the 10 and 7 year old living in deplorable conditions with no electricity, appearing malnourished and with visible physical injuries. Williams was arrested later that day.

The surviving children are now in the custody of Child Protective Services.

Coulter, who made his first court appearance last week, faces 99 years to life if convicted of murdering the child. At that court appearance, the prosecution read statements from the three siblings who all said they witnessed him beat Kendrick to death.

The kids said they saw Coulter repeatedly punch Kendrick in his back and face — then covered him with a blanket when he appeared dead, according to footage aired on Houston station KTRK. They said he continued to kick even after he was on the floor not moving.

His bond has been set at $1 million.

Williams was scheduled to appear last Friday, however ABC13 reported that the court had difficulty finding an attorney to represent her before a court-appointed attorney was assigned.

Her attorney requested the judge for more time to review the case and to not raise her bond, the outlet reported. Her bond is set at $900,000

Williams maintained her innocence from behind bars earlier this week, saying the she checked on the other three children every two weeks.

“I’m sorry. I didn’t do it,” she said in a jailhouse interview with news station KHOU.

The heartbroken grandmother of the 7-year-old, Ja’Veon Kirklin, told The Post last week that she would have adopted her grandson if she had known the horrific conditions he had been living in.

“I hold myself partly responsible. I should have taken Ja’Veon and adopted him,” Linda Smith, 71, said. “I should have held on to him.”

Smith said Williams and all of her children moved in with her while Ja’Veon’s dad was behind bars in 2015, Smith said, she kicked them out after Williams continued to bring men back to the house. She said she had no idea the children were being abused.