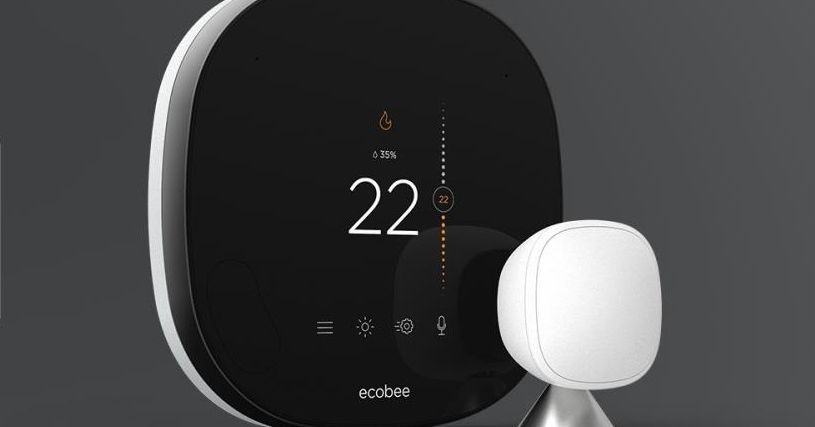 The acquisition is expected to close in the fourth quarter. Ecobee CEO and founder Stuart Lombard told The Verge that he will stay on as CEO, and the company will operate as a subsidiary of Generac. It has no plans to move out of its Toronto office and has plans to “significantly” grow the office later this year, Lombard said.

Ecobee was founded in 2007 and has expanded from the smart thermostats it’s known for, adding a voice-controlled home security camera that doubles as a home security system to its lineup. Generac, based in Waukesha, Wisconsin, was founded in 1959 and makes backup residential and commercial power generators — the New York Times recently estimated Generac accounted for 75 percent of home generator sales in the US. Last month, the company opened a new plant in Trenton, South Carolina.

But Ecobee hasn’t released a new thermostat since 2019 and has lots of competitors in the smart thermostat space. They include established brands such as Google’s Nest and Honeywell (owned by Resideo) that are now undercutting it in price and newcomer behemoths like Amazon that just announced a $60 smart thermostat. Ecobee’s advantage has long been flexibility with various smart home platforms, but it hasn’t had the resources available to its larger competitors. Last year, it postponed plans for a smart lighting line and laid off 10 percent of its staff.

Generac, meanwhile, has bought several smaller companies over the past year and a half, acquiring Pika Energy, Enbala Power Technologies, and Neurio Technologies and combining them into an energy storage division.

Aaron Jagdfeld, president and CEO of Generac, said in a statement that Ecobee represented an important addition to its residential energy technology offerings. “The ability to combine Ecobee’s cutting-edge technologies with Generac’s power generation, energy storage and energy management devices will allow us to create a clean, efficient, and reliable home energy ecosystem that will not only save homeowners money, but also help grid operators meet the challenges of an electrical grid under enormous stress by providing solutions to better balance supply and demand.”

Previous Neha Dhupias Recent Instagram Story Has Us Hungry For Laddoos, Heres Why
Next Ashes to Ashes PDF Download Free