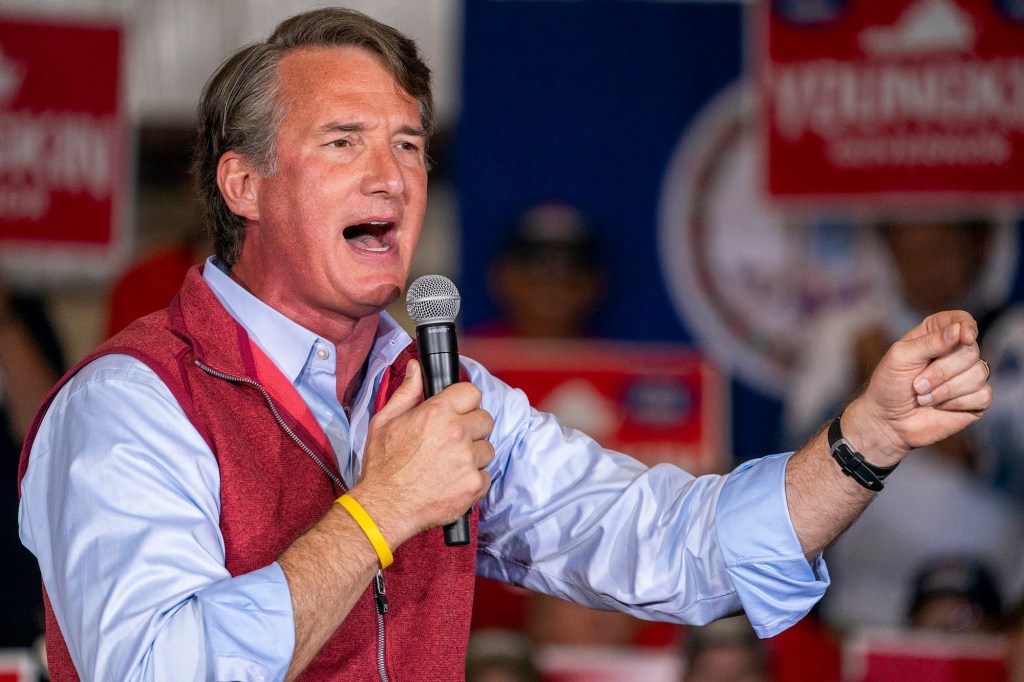 Youngkin defends parent say in schools ahead of election

On the eve of the high-stakes gubernatorial election in Virginia, Republican candidate Glenn Youngkin stood up once again for parents and their ability to voice their concerns about school curriculum.

“The most basic obligation of any Virginia school is to provide all children a high-quality education. Today, Virginia finds itself at a defining moment – one that will not only impact current students but will forever shape the environment in which future generations of children will learn and thrive,” he wrote.

Youngkin noted how important it is to have exceptional education systems especially after seeing a substantial learning loss through school closures during the COVID-19 pandemic.

“Assessment comparisons with the 2018-2019 school year show overall achievement in math down 34 percent for third graders, 42 percent for seventh grade and 44 percent for eighth graders. More shocking, fewer than half of black children in the third grade and barely half of black children in the sixth grade passed reading assessments. Similar drop-off levels for students with disabilities are evident, with math scores plummeting 24 points or a 40-percent decrease,” he wrote, adding, “What we now know is that Virginia’s schools must never again be closed.”

Youngkin, who has overtaken the Democratic candidate — former Gov. Terry McAuliffe — in the polls, has gained massive support among parents and Republican lawmakers in recent weeks, particularly amid growing tensions between parents and school boards in the state.

Last month, Attorney General Merrick Garland released a memo that announced a federal investigation into “violent acts” against school personnel. Critics of the order questioned the intentions behind it, arguing that Garland was targeting parents for voicing their concerns over the implementation of mask mandates and critical race theory in schools.

Youngkin cited the memo in Monday’s op-ed saying the Department of Justice is investigating the wrong people, pointing to an alleged sexual assault case that was reportedly covered up by school board members in Loudoun County.

“Instead of investigating parents, the Department of Justice should be investigating those who were involved in the coverup. Virginia’s kids can’t wait,” Youngkin wrote.

“We must empower parents, and address their concerns about school safety, the school curriculum and the decline in standards and results in Virginia schools.”

On Tuesday, Youngkin faces off against McAuliffe in the already tight election.

Youngkin leads McCauliffe by 47 percent to 45 percent according to a Fox 5/Insider Advantage poll released Monday.

A Fox News survey from last Thursday found Youngkin ahead by eight percentage points – 53 percent to 45 percent – over McCauliffe, who served as governor between 2014 and 2018, in a state President Biden won by 10 percentage points last year.

Earlier polls gave McAuliffe a slight advantage in the now-blue state of Virginia, but his support has slowly fallen.