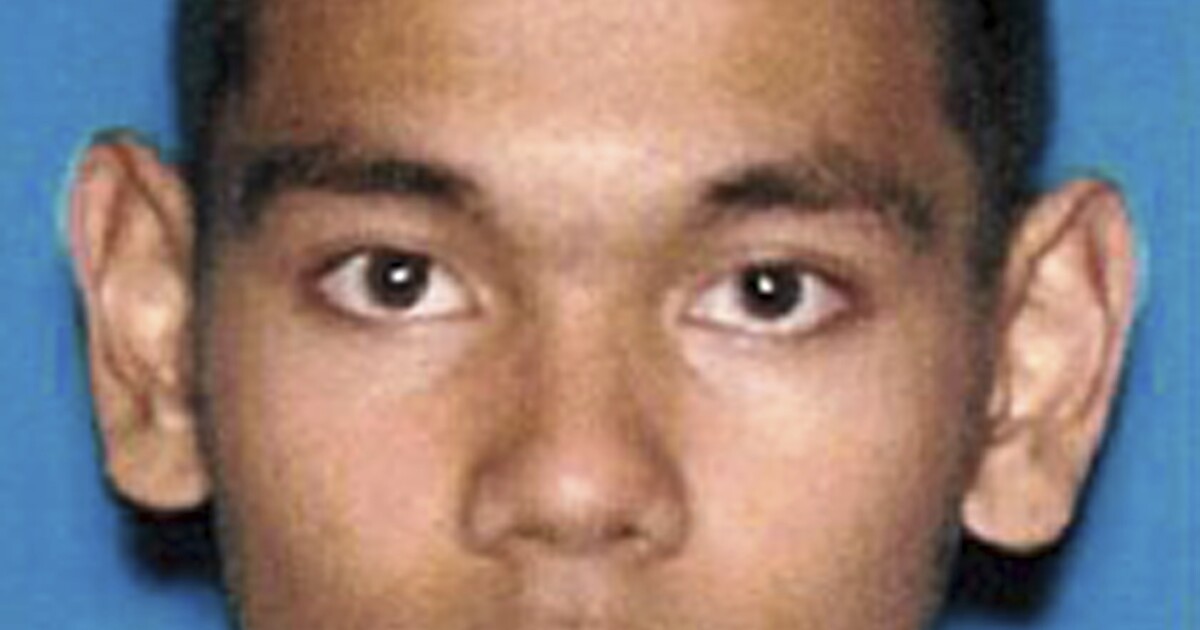 A U.S. Army veteran from Reseda was sentenced Monday to 25 years in prison for plotting to set off a bomb at a Long Beach political rally in a thwarted terrorist attack.

U.S. District Judge Steven V. Wilson rejected prosecutors’ request for a penalty of life in prison for Mark Steven Domingo, 28, who was convicted at his trial in August for attempted use of a weapon of mass destruction and providing material support to terrorists.

Prosecutors told Wilson that Domingo wanted the aborted April 2019 bombing to avenge the killing of 51 people at mosques in New Zealand “and to stoke terror, chaos, and civil unrest that would weaken the United States and help ISIS and other Jihadist groups spread.”

“His clear intent was to intimidate this nation and the world, and he sought to influence world events and the conduct of the United States government through that intimidation,” Assistant U.S. Attys. Reema M. El-Amamy and David T. Ryan told the judge in a sentencing memo.

Domingo had repeatedly expressed his desire to kill Jews, Christians, police officers, military personnel and others, they said.

Starting around May 2017, they said, Domingo started sharing private Facebook messages “regarding his support for ISIS, hatred of Jews, and desire to commit mass-casualty attacks,” the prosecutors alleged. In March 2019, he wrote in an invite-only online chatroom about conducting a mass attack similar to the October 2017 fatal shooting of 59 people at an outdoor concert in Las Vegas, they said.

An FBI agent working undercover noticed Domingo’s posts about the New Zealand attack and initiated a conversation with him that led to a sting operation in which Domingo expressed interest in gun attacks and ultimately agreed to detonate an improvised explosive device at the planned Long Beach rally, according to the government.

As part of the plot, Domingo bought several hundred nails to be used as shrapnel inside the IED, and he thought that a cohort — who was actually an FBI informant — was finding a bomb maker who could use them, authorities said.

Domingo was arrested in April 2019 after he took delivery of what he believed to be the IED from an undercover law enforcement officer posing as the bomb maker, the government alleged.

The rally Domingo targeted had been organized by a group called the United Patriots National Front. It was going to take place in Bluff Park in Long Beach, according to police. The group did not show up, but about 200 counterprotesters did. No incident occurred.

Domingo’s attorney, public defender David I. Wasserman, had urged Wilson to impose a prison sentence of no more than 15 years. Domingo endured a rough childhood in the San Fernando Valley, he argued. His father died of stomach cancer when Domingo was 5 years old, and the boy suffered chronic depression, had trouble making friends and was neglected by his mother, the lawyer said.

When Domingo graduated high school in 2011, he joined the Army and went on to serve as an infantryman in Afghanistan. In the military, Domingo “hoped to find a place where he could take out his anger,” Wasserman wrote, but instead was “hazed in basic training” by platoon mates who saw him as “slower than everyone else.”

Domingo was “shot at by Taliban fighters,” the lawyer said, but within his own platoon he was “disciplined, criticized, and ostracized.” He wrote the names of fellow soldiers, ex-girlfriends and others he felt aggrieved by on his rifle ammunition, which led to his discharge from the military, the lawyer said.

For a time, Domingo fell in with alt-right communities on Facebook and 4chan, platforms that extol and tolerate “offensive viewpoints and statements,” Wasserman said. He later started studying Islamic history. He had been “virulently anti-Islam,” but wound up identifying with Muslims’ victimization, he said.

Domingo “espoused violent and offensive statements — consistent with his long simmering anger and self-hate. But he also made clear that he was sad, depressed, and felt like he lacked a reason to live,” Wasserman wrote.

Wasserman also shared with the judge some comments from Domingo, who has been jailed since his April 2019 arrest.

“While in prison I have managed to improve my social skills,” Domingo told his lawyer, according to the papers. “I’ve learned how human friendships are built and how to maintain them, a skill I was never allowed to learn in my past. I’ve learned how my conduct in the outside world was not the way a man is supposed to carry himself through life. I’ve learned that innocent people don’t need to die just because I am having a bad day.”

Domingo’s lawyer argued that the FBI entrapped him in a sting operation into committing a more serious crime — attempted use of a weapon of mass destruction — than he was predisposed to commit. Domingo repeatedly expressed an interest in shooting people, but the idea for an IED came from a government informant,” Wasserman said.