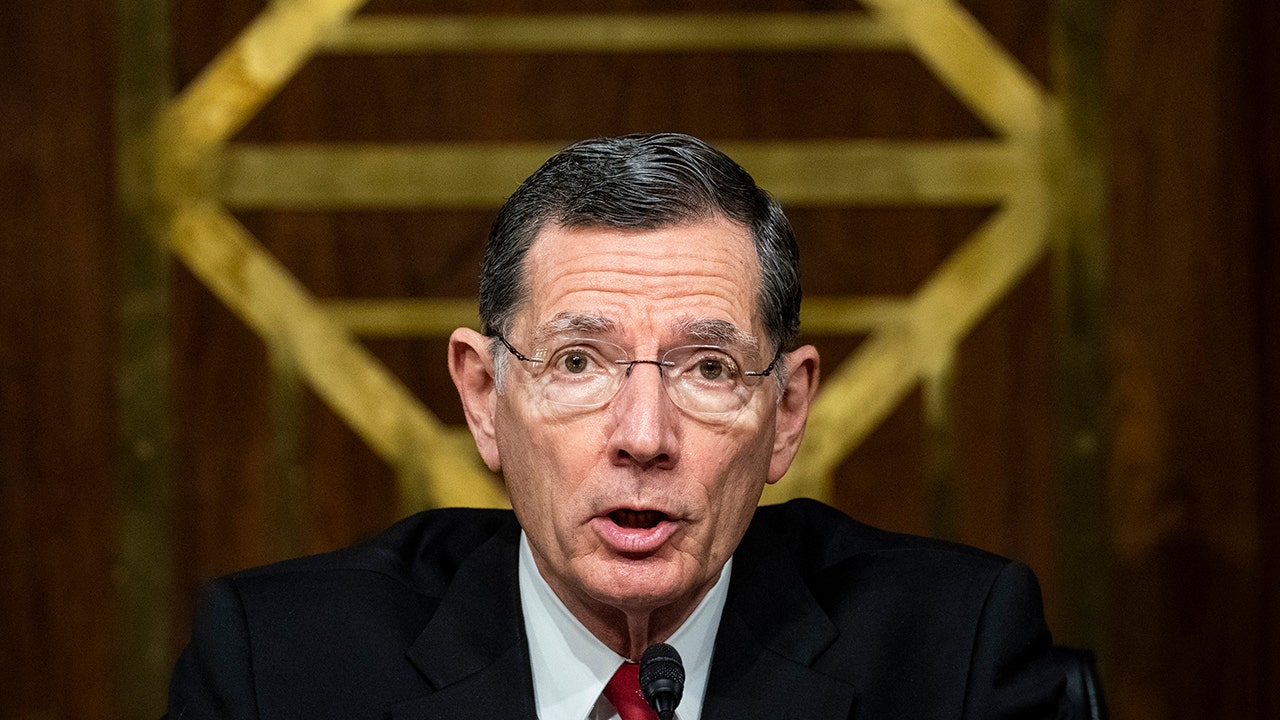 “According to Time magazine, COP26 will be the ‘most expensive COP on record,'” Barrasso wrote. “In an effort to understand the full cost the taxpayers will bear for this two week international conference, I ask that you answer the attached questions.”

Barrasso also said he is “concerned that what appears to be a bloated US delegation will prove counterproductive to the COP’s mission, pointing out a “tone of insincerity” as the majority of COP 26 delegates “will have contributed a significant amount of carbon emissions” to attend the conference.

Instead of attending the conference in person, Barrasso hinted that U.S. officials should have used technological means to attend the conference.

“It is rather perplexing that in this new age of digital communication and during an ongoing pandemic, executive branch departments and agencies are unnecessarily choosing to contirbute directly to carbon emissions and risk exposure to COVID-19,” he wrote.

Energy Secretary Jennifer Granholm speaks during a press briefing at the White House, Tuesday, May 11, 2021, in Washington. (AP Photo/Evan Vucci)

“DOE’s decision to attend COP 26 comes as many executive branch employees have been forced to work from home for more than a year and a half,” Barrasso stated in the letter. “If they cannot go to work here in the U.S., they should not be permitted to attend extravagant conferences across the globe.”

The international air travel by the delegates also comes amid a proposal from President Biden’s administration to reduce U.S. emissions 50%-52% below 2005 levels by 2030, roughly double the previous U.S. goal.

Barrasso requested a response to his questions from Sec. Granholm by no later than Nov. 15.

Fox News reached out to the Energy Department but did not receive an immediate response.

Previous Jessica Simpson shares ‘unrecognizable’ throwback photo of herself, reveals why she stopped drinking alcohol
Next Washington state manhunt on for suspects who shot off-duty officer during attempted burglary