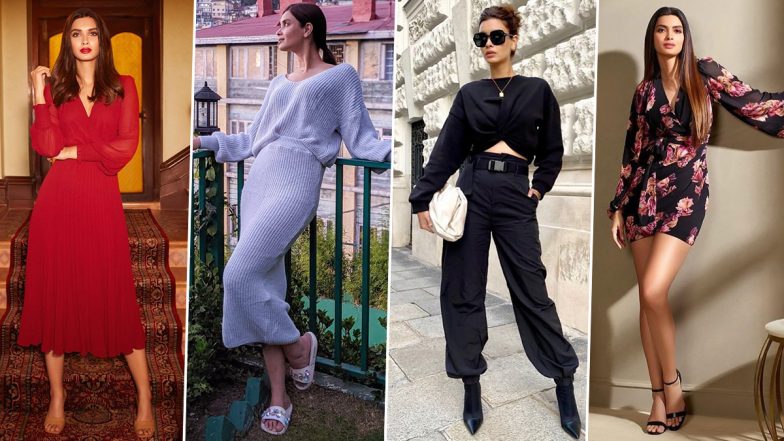 Cocktail actress, Diana Penty shares her birthday with Bollywood’s King Khan, Shah Rukh Khan. She would ring in her 36th birthday on November 2 this year. While she had someone as big as Deepika Padukone to match shoulders with, in her debut movie, she managed to leave an impression and find herself a place in audiences’ hearts. Since her entry into B-town, the girl has signed some interesting projects to lead with and besides sharpening her acting skills, she’s also actively working on mastering the art of fashion.

Diana is amongst the few Bollywood personalities who have strutted in style at the Cannes Film Festival. We have seen her nail some simple but stunning looks at the French Riviera and have rooted for her to mark her next outing very soon. Being a model, fashion and slaying come naturally to her. Dressed in elegant maxi dresses and charming ethnic wear, she has often found a place in our list of best-dressed celebs. She can nail a power suit as easily as she can pull off a cute LBD and we are all hearts for all of her outings. To name a few of her best ones, let’s peek inside her Instagram account.

Diana was last seen with Mohit Raina in Shiddat and she earned some good reviews for her act. She’ll be next seen marking her Malayalam debut with Dulquer Salmaan and we are super pumped up about it. Here’s raising a toast to her new beginnings. Happy Birthday, Diana! Have a great one.

(The above story first appeared on LatestLY on Nov 02, 2021 09:00 AM IST. For more news and updates on politics, world, sports, entertainment and lifestyle, log on to our website latestly.com).