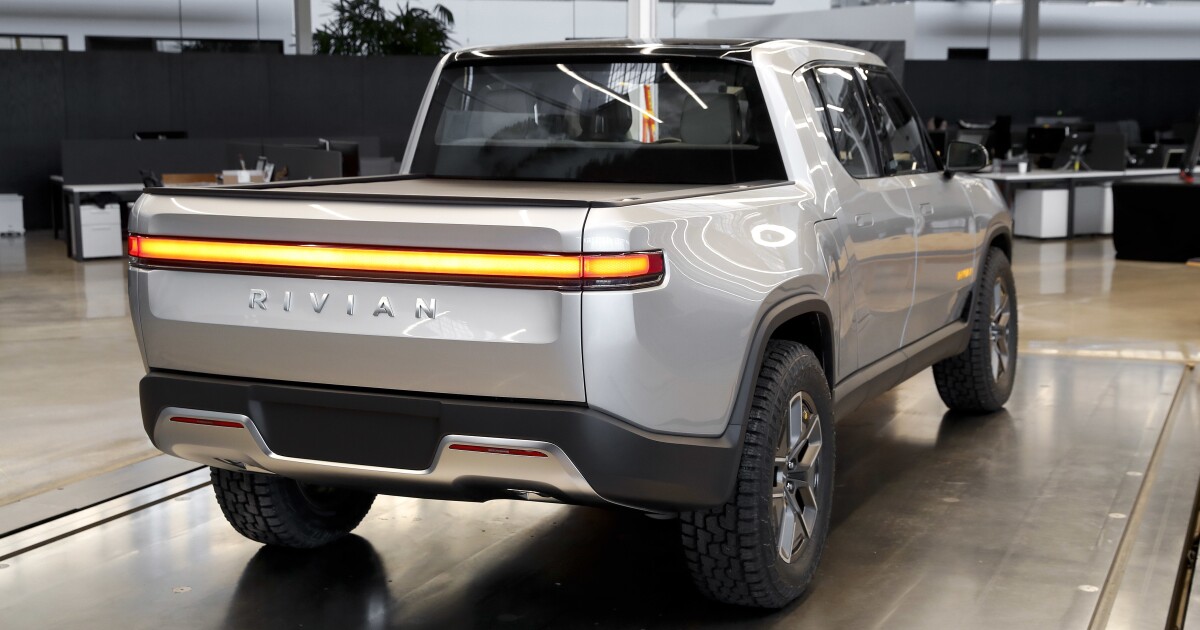 Rivian Automotive, the electric truck maker backed by Amazon.com, is seeking to raise as much as $8.4 billion in an initial public offering that could give it a market value of as much as $53 billion.

Rivian said it plans to sell 135 million shares for $57 to $62 each, according to a filing Monday with the U.S. Securities and Exchange Commission. It would reach a $53-billion value if shares sell at the top of the range, based on the outstanding shares listed in its filing.

Including employee stock options and restricted stock units, the company’s fully diluted value would be closer to $60 billion. That compares with a valuation of $27.6 billion after a $2.65-billion funding round in January, Bloomberg News reported.

The listing would eclipse the June IPO by XPeng Inc. as the largest ever for an EV maker IPO. XPeng raised more than 16 billion Hong Kong dollars ($2 billion), including so-called greenshoe shares, in its Hong Kong IPO. Electric vehicle leader Tesla, with a current market value of $1.2 trillion, raised $260 million when it went public in 2010.

Rivian was seeking to be valued at about $80 billion in a listing, Bloomberg News reported in August when the Irvine company announced that it had filed confidentially for an IPO.

The company’s IPO plans come as electric vehicle makers are scaling up, angling for a bigger slice of the growing market. With $10.5 billion raised from backers including Amazon and Ford Motor Co., an established factory in Illinois and thousands of reservation holders for its R1T truck and R1S sport utility vehicle, Rivian is among the most serious competitors lining up to take on Tesla.

As of Oct. 31, Rivian had nonbinding preorders for about 55,400 of its R1T and R1S vehicles in the U.S. and Canada. Sales of its debut truck, the R1T, began in September. The company cautioned that though sales of the R1S and EDV models are planned for December, those plans could be delayed.

Rivian had a net loss of $994 million in the first six months of 2021, compared with a $377-million deficit a year earlier, according to its filings. Rivian expected to record a quarterly net loss of up to $1.28 billion because of costs associated with the start of production of the R1T.

Rivian plans to allocate up to 7% of its shares to eligible U.S. customers who had pre-orders as of Sept. 30. To attract retail investors, up to 0.5% of the IPO shares will be allocated to SoFi Securities’ online brokerage platform. Founder and Chief Executive R.J. Scaringe is expected to maintain outsize influence over Rivian through a class of stock giving him 10 votes per share, compared with one vote each for the shares sold in the IPO.

The offering is being led by Morgan Stanley, Goldman Sachs Group Inc. and JPMorgan Chase & Co. More than 20 banks are listed on the cover page of its prospectus. Rivian plans for its shares to trade on the Nasdaq Global Select Market under the symbol RIVN.