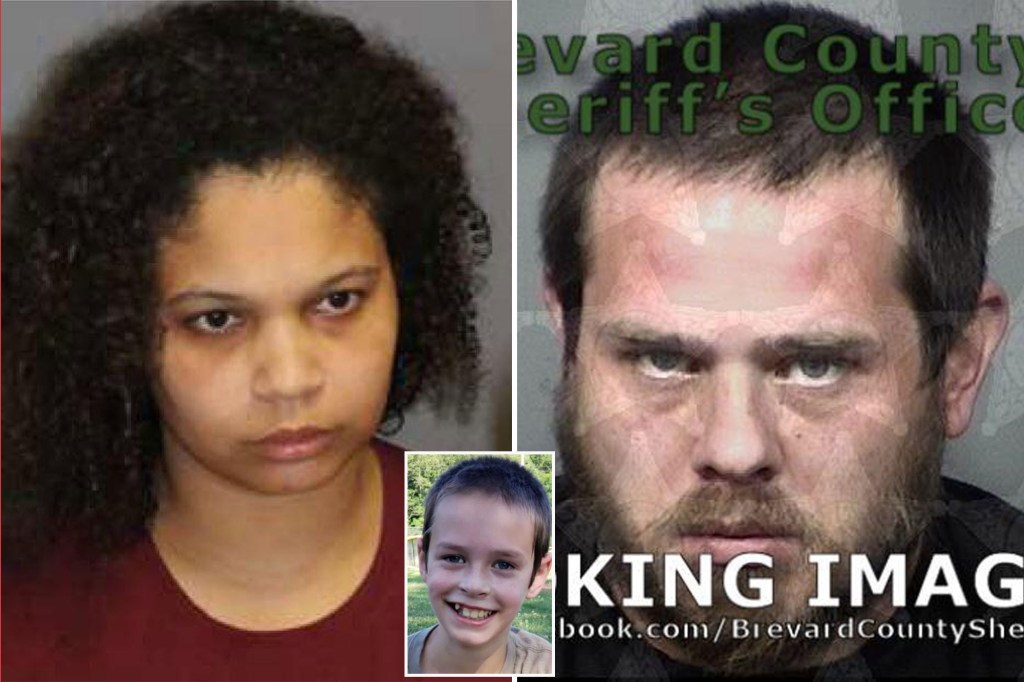 A Florida man and his girlfriend have been charged in the horrific killing of his 12-year-old son, who was found dead inside the couple’s laundry room last month, reports said.

Jason Godleski, 33, allegedly locked his son Noah Godleski inside the small room at their Palm Bay home and beat him until he was “crying and eventually moaning,” according to an arrest affidavit obtained by WFSB.

The father and his 30-year-old girlfriend, Samarial Dubose, then left the boy and the family dog behind as they travelled to Connecticut with their three children — Noah’s step-siblings — on Oct. 20, ClickOrlando reported, citing police records.

Two days later, Godleski returned to Florida alone and reported his son’s death from the lobby of the Palm Bay Police Department, the report said.

The dad detailed to a 911 dispatcher where emergency responders would find Noah’s body.

The dispatcher asked why Godleski didn’t call 911 sooner, and if he knew how his son had died.

“No. no,” Godleski replied, according to WFSB. “I know you guys are gonna come down here and take me away, but can I just smoke a cigarette real quick?”

He is facing charges of aggravated manslaughter and failure to report a death.

On Oct. 29, Dubose, who was still in Connecticut with relatives, was also busted in the horrifying case.

The woman was hit with the same charges. As of Monday morning, she was still awaiting extradition to Florida.