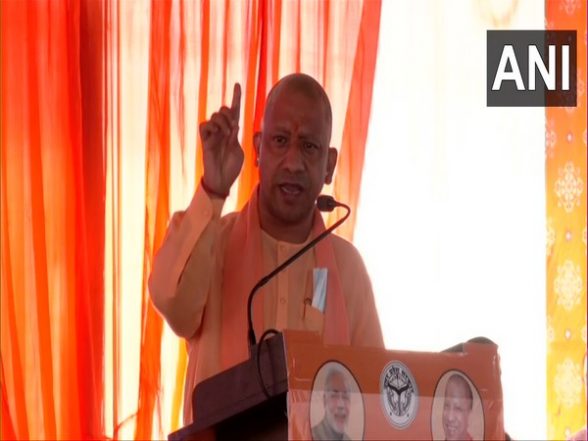 Speaking to ANI, Vallabh said, “Yogi Adityanath is the chief minister of Uttar Pradesh. If he was the defence minister, he should have talked. The man who has no knowledge about defence is making statements about airstrikes. It was Indira Gandhi and other Congress leaders who laid down their lives for the country. Many Congress members lost their lives in the fight against terrorism.”

The Congress leader’s remarks came after Chief Minister Yogi Adityanath addressing an event in Lucknow on Sunday had said that Pakistan and Afghanistan are troubled by the Taliban, but the Taliban know that if they move towards India, an airstrike is awaited for them.

Asked about Samajwadi Party chief Akhilesh Yadav’s statement mentioning Mohammed Ali Jinnah, Vallabh said, “Mohd Ali Jinnah and Shyama Prasad Mukerjee backed the two-nation theory. LK Advani was the first leader to visit the memorial of Jinnah. Those who polarise the people in the name of Jinnah shall start talking about the problems of the youth and talk about the unemployment of Uttar Pradesh. They should also talk about women security in the state. Many lost lives during COVID. The people of Uttar Pradesh will not let Jinnah become the point of polarisation.”

“When Kejriwal was not in power, he alleged that commonwealth corruption was there but the court rejected his claim. In the last 7 years, what has Kejriwal developed as infrastructure and for the development of Delhi? Political tourism should be stopped and he should stop acting like the BJP’s Team B,” he added.

Assembly elections in Uttar Pradesh are slated for early next year. (ANI)