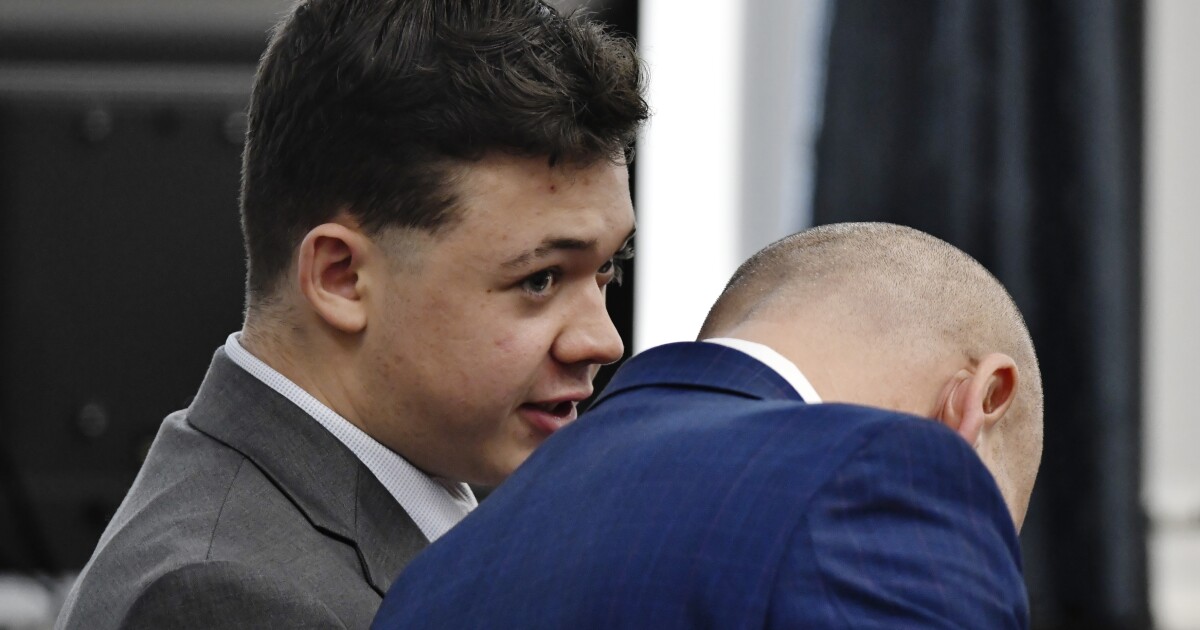 The trial of Kyle Rittenhouse opened Monday with the challenging task of seating jurors who hadn’t already made up their minds about the aspiring police officer who shot two people to death and wounded a third during a night of anti-racism protests in Kenosha last year.

Rittenhouse was 17 when he made the short trip from his home in Illinois, just across the Wisconsin state line, during unrest that broke out in August 2020 after a white Kenosha police officer shot Jacob Blake, a Black man.

Rittenhouse, now 18, faces life in prison if convicted of first-degree homicide, one of several charges against him. His lawyers have argued he fired in self-defense.

Judge Bruce Schroeder stressed repeatedly that jurors must decide the case solely on what they hear in the courtroom, and cautioned: “This is not a political trial.”

“It was mentioned by both political campaigns and the presidential campaign last year, in some instances very, very imprudently,” he said.

And he said there has been inaccurate information written by people who “don’t know what you’re going to know. Those of you who are selected for this jury, who are going to hear for yourselves the real evidence in this case.”

The judge said Rittenhouse’s constitutional right to a fair trial, not the 2nd Amendment right to bear arms, will come into play, and “I don’t want it to get sidetracked into other issues.”

Still, many jurors said they had already made up their minds, and at least 19 had been dismissed by the lunch break for a variety of reasons. Among them were a man who said he was at the site of the protests when “all that happened” and a woman who said she knew one of the potential witnesses in the case well and would probably weigh that person’s testimony more than that of others.

Another woman who said she watched a livestream video of what happened was dismissed because she wasn’t sure if she could put aside what she saw. One person was dropped from the case after she said she was bound by the biblical injunction “Thou shall not kill,” even in cases of self-defense.

Another woman was dismissed after saying she was mad about the unrest in the city. A man who said he had “been commenting consistently on news feeds and Facebook” was also excused.

A man who said his son is friends with the man who bought the gun that Rittenhouse used in the shooting was not immediately dismissed by the judge.

Schroeder told attorneys he thinks picking the jury from 150 prospective jurors could be accomplished in a day.

Jury selection got off to a slow start. During the unexplained delay, the judge played a mock game of “Jeopardy!” with prospective jurors in the courtroom, something he sometimes does as attorneys get organized. This prompted many negative comments on a Facebook livestream of the trial, with many saying it was inappropriate.

Schroeder told the potential jurors he would select 20 of them to hear the case, which is expected to last about two weeks. Ultimately, 12 will deliberate, and the rest will be dismissed as alternates. He said he will almost certainly not sequester the jury.

Attorneys for both sides had urged the judge to send questionnaires to the people summoned as potential jurors to detect bias and speed the process. Schroeder, the longest-serving circuit court judge in Wisconsin, denied the request.

The judge said he disliked questionnaires in general because he was afraid most people won’t fill them out or that it would tip them off that they may be on the Rittenhouse case, increasing the chances they would discuss it with friends and family.

The case has been polarizing, with Rittenhouse painted by his backers as a patriot exercising his self-defense and 2nd Amendment gun rights. Others see him as a vigilante and police wannabe who never should have been armed in Kenosha in the first place. Rittenhouse is white, as were those he shot, but many are watching his trial as the latest referendum on race and the American legal system.

Rittenhouse fatally shot Joseph Rosenbaum, 36, with an AR-15-style semiautomatic rifle after Rosenbaum chased Rittenhouse across a parking lot and threw a plastic bag at him shortly before midnight on Aug. 25. Moments later, as Rittenhouse was running down a street, he shot and killed Anthony Huber, 26, a protester from Silver Lake, Wis., and wounded Gaige Grosskreutz, 27, a protester from West Allis, Wis.

Bystander video captured Rosenbaum chasing Rittenhouse but not the actual shooting. Video showed Huber swinging a skateboard at Rittenhouse before he was shot. Grosskreutz had a gun in his hand as he stepped toward Rittenhouse and was shot.

Rittenhouse faces two homicide counts, one of attempted homicide and two of recklessly endangering safety for firing his weapon near others. He is also charged with possession of a dangerous weapon by a person under 18.