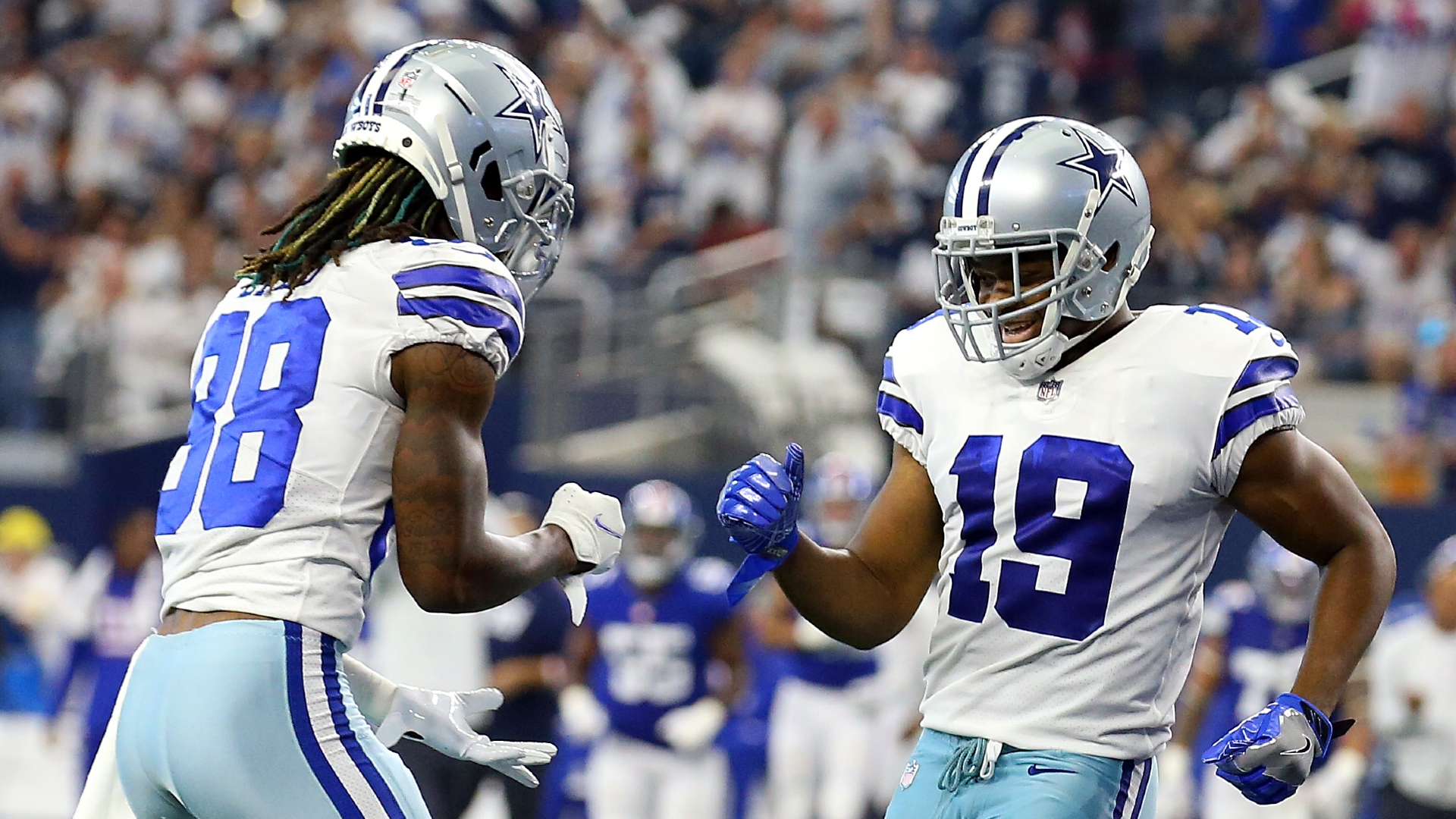 Amari Cooper isn’t one to crack jokes, but the Cowboys receiver on Monday revealed in a hilarious interview how he came to grab Dallas’ game-winning touchdown against the Vikings.

As Cooper told it, backup quarterback Cooper Rush called the play as “double left,” meaning Rush would target Cooper on the potential go-ahead throw. Second-year receiver CeeDee Lamb, however, lobbied hard to get the ball, even asking Cooper if they could trade places.

Amari Cooper wanted to win the game Sunday for the Cowboys. So did CeeDee Lamb.

For those who missed it, here was Cooper sharing postgame how Lamb tried to switch formation in huddle with Cooper Rush before Cooper’s game-winning TD catch vs. Vikings. Video via @dallascowboys. pic.twitter.com/ViIaY7hDU9

And so, on first-and-goal from the Vikings’ 5 — with only 51 seconds remaining in the game — Rush connected with Cooper on what ultimately proved to be the game-winner in a 20-16 victory.

Cooper didn’t begrudge Lamb for trying to take over in a crucial situation.

“For sure he tried to steal my touchdown,” Cooper said, laughing. “I don’t blame him. Because, I mean, he’s the same way as I am. He wants the ball in that situation. So that says a lot about us, the confidence that we have, that we want the ball in those important situations. Because we know we can win the game for the team.”

Cooper got the better of Lamb on Sunday with starting quarterback Dak Prescott sitting out. The veteran got more targets (13 to Lamb’s eight), catches (eight to six), yards (122 to 112) and the only receiving touchdown of the game. He was also targeted heavily in the Cowboys’ game-winning drive, catching passes of 33 and 18 yards before the touchdown. The first catch in particular was an impressive display of concentration:

The healthy competition between Cooper and Lamb has led to them becoming one of the best receiving corps in the NFL. Following Sunday’s game, Lamb leads Cooper in targets (57-56), catches (39-38) and yards (609-495). Cooper did take the lead over his teammate in receiving touchdowns, however. He nabbed his fifth while Lamb remained with four on the season.